We have driven past St Augustine, Florida, dozens of times and wished we had time to stop. Last week we made a special trip to see The Oldest Continuously Occupied City In America.  Hm, not only is the city “the oldest,” but so was every other little thing in town!  I’ll show you what I mean but first a little history. 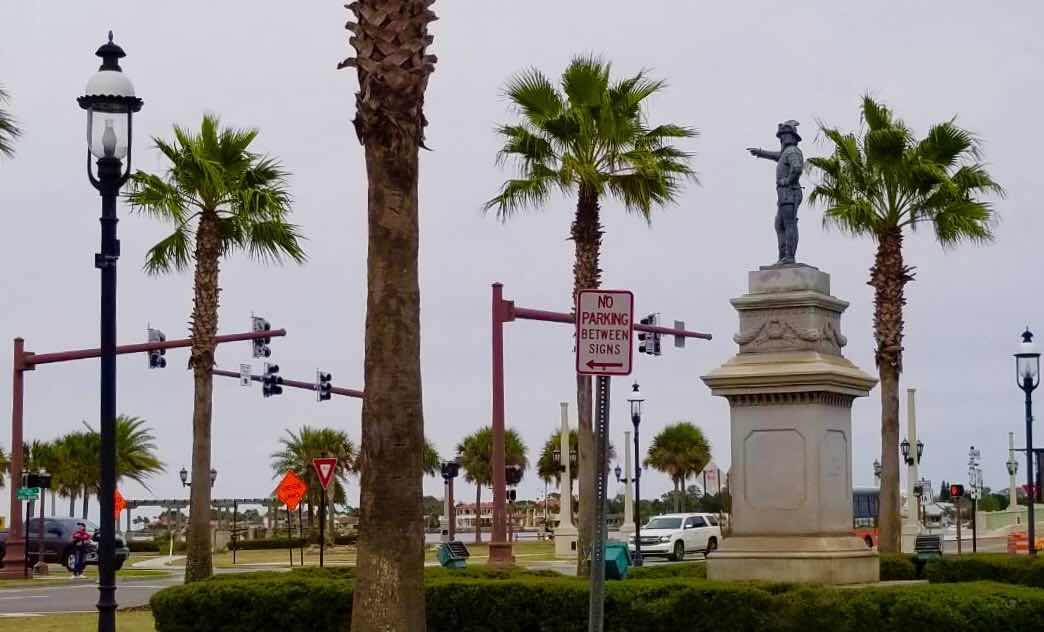 The area of St. Augustine was claimed for Spain by Ponce de Leon (statue on the right) in 1513.  Fifty-two years later Pedro Menendez de Aviles set sail in 11 ships with 2000 people, including 1000 soldiers, 200 sailors and some 250 wives and children, to establish a proper town.  Due to mass defections along the way, only 800 arrived to do the work! 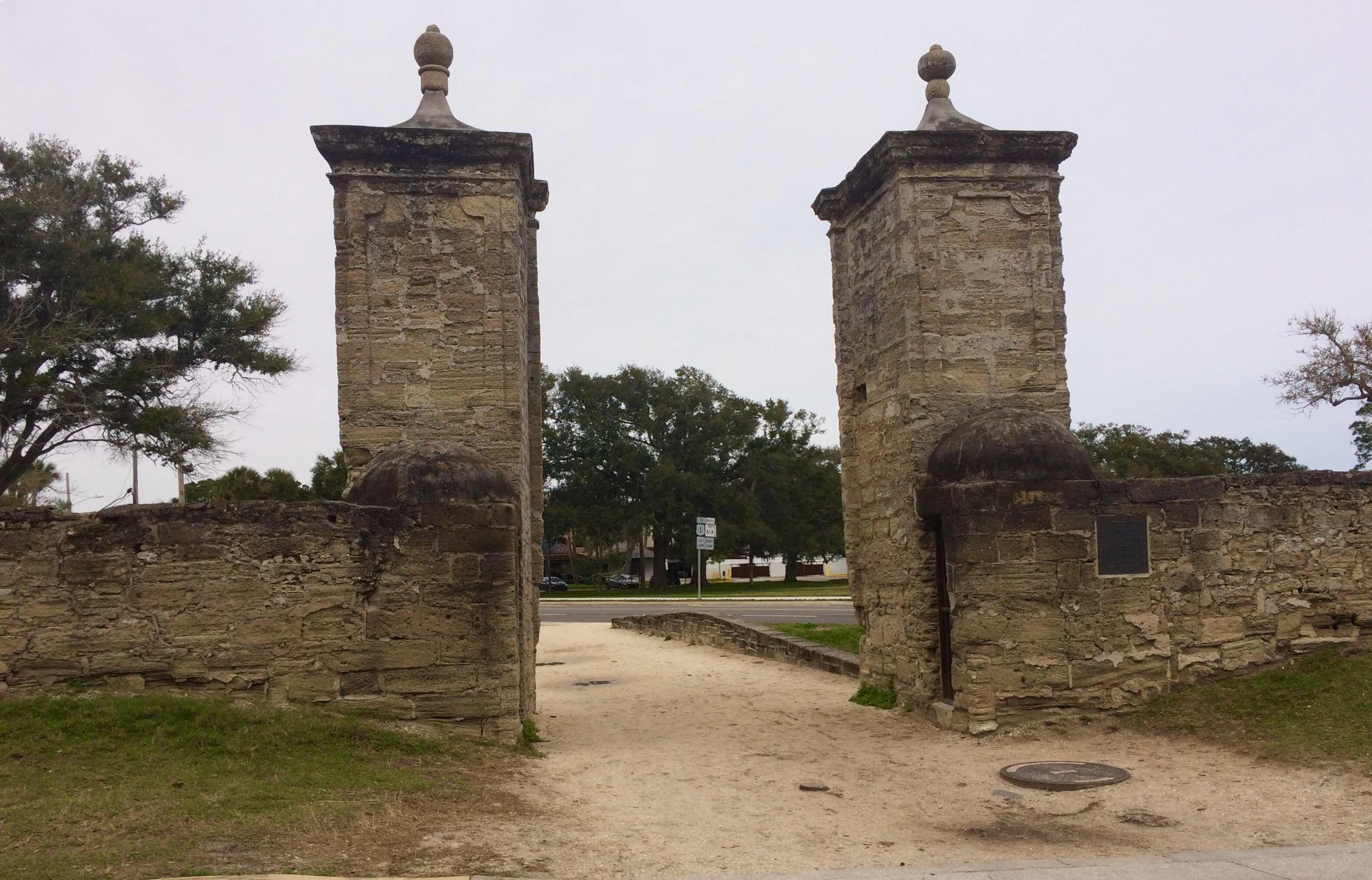 In 1586, British pirate Sir Francis Drake paid a visit and sacked and burned the town.  After that and several other devastating fires, a fort and new city walls were completed, built from (fireproof) coquina, a rock formed under the sea made of tiny little coquina shells. 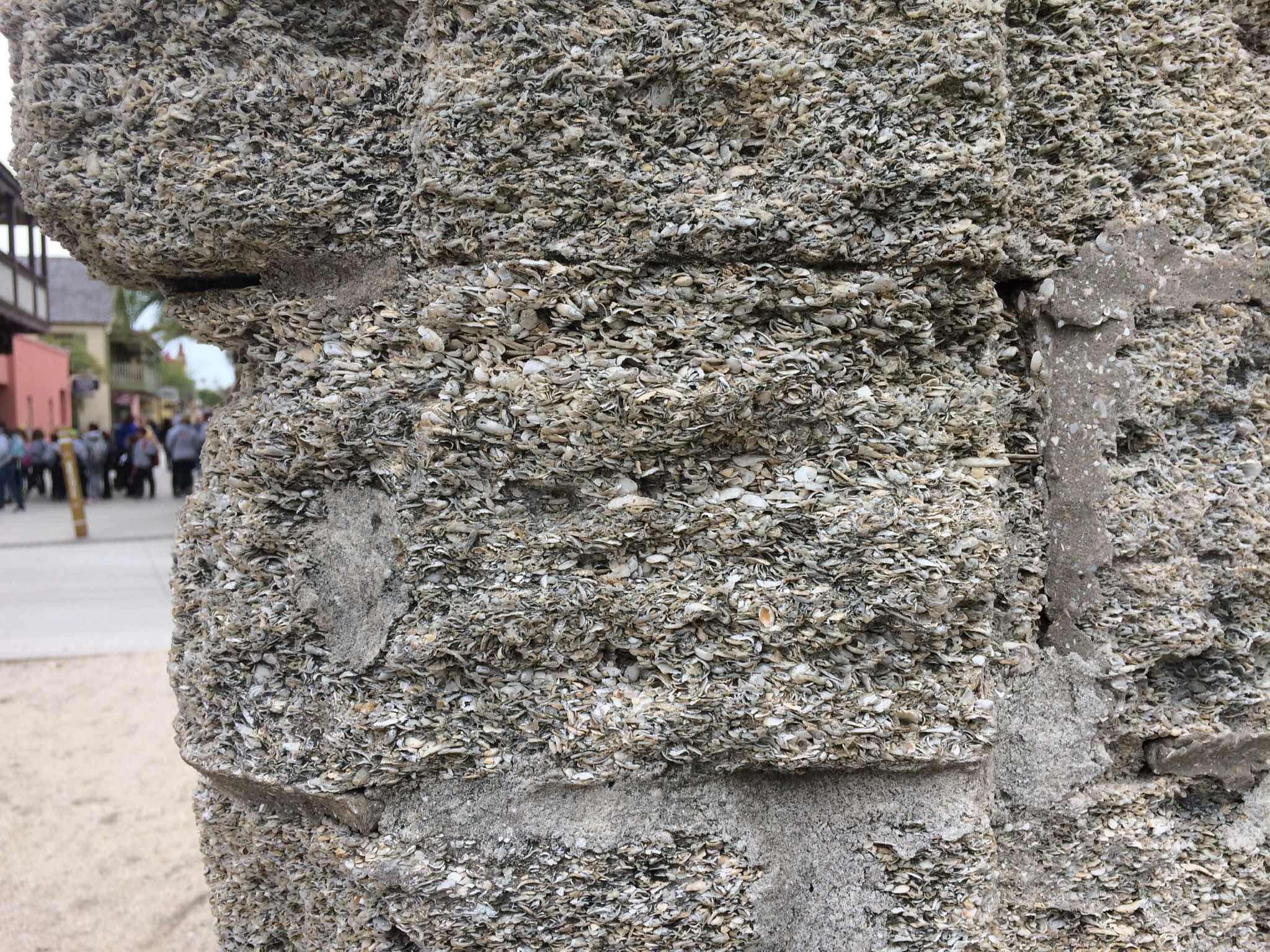 Above, a coquina city gate built in 1739.
Left, coquina rock construction.  The mortar was made using lime from burnt crushed oyster shells and sand.
Next we have the Oldest House in St. Augustine.  The first house on this site was built around 1650; this one was built of coquina stone construction and cedar beams in 1702, or parts of it were anyway.  There have been quite a few additions and changes over the years. 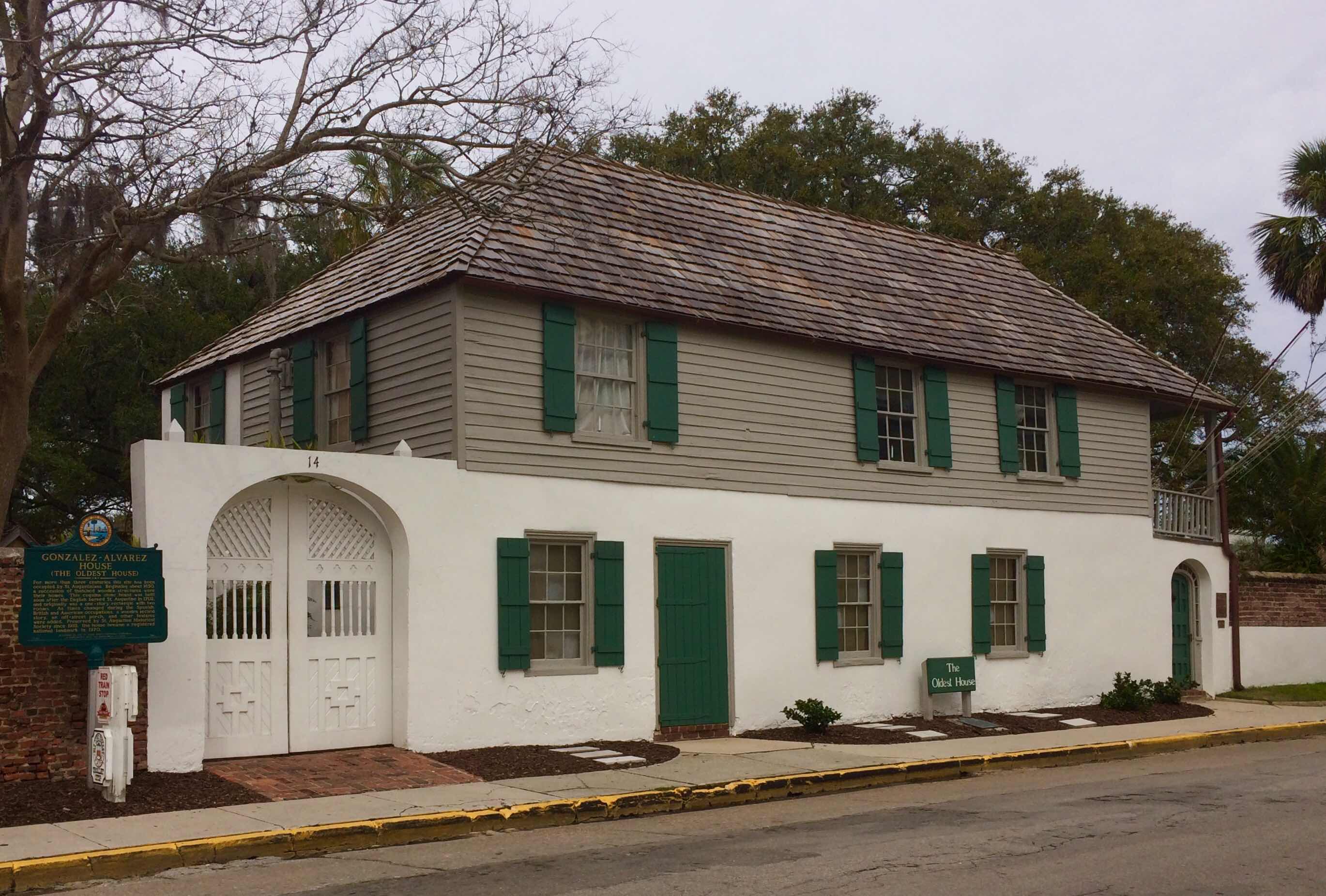 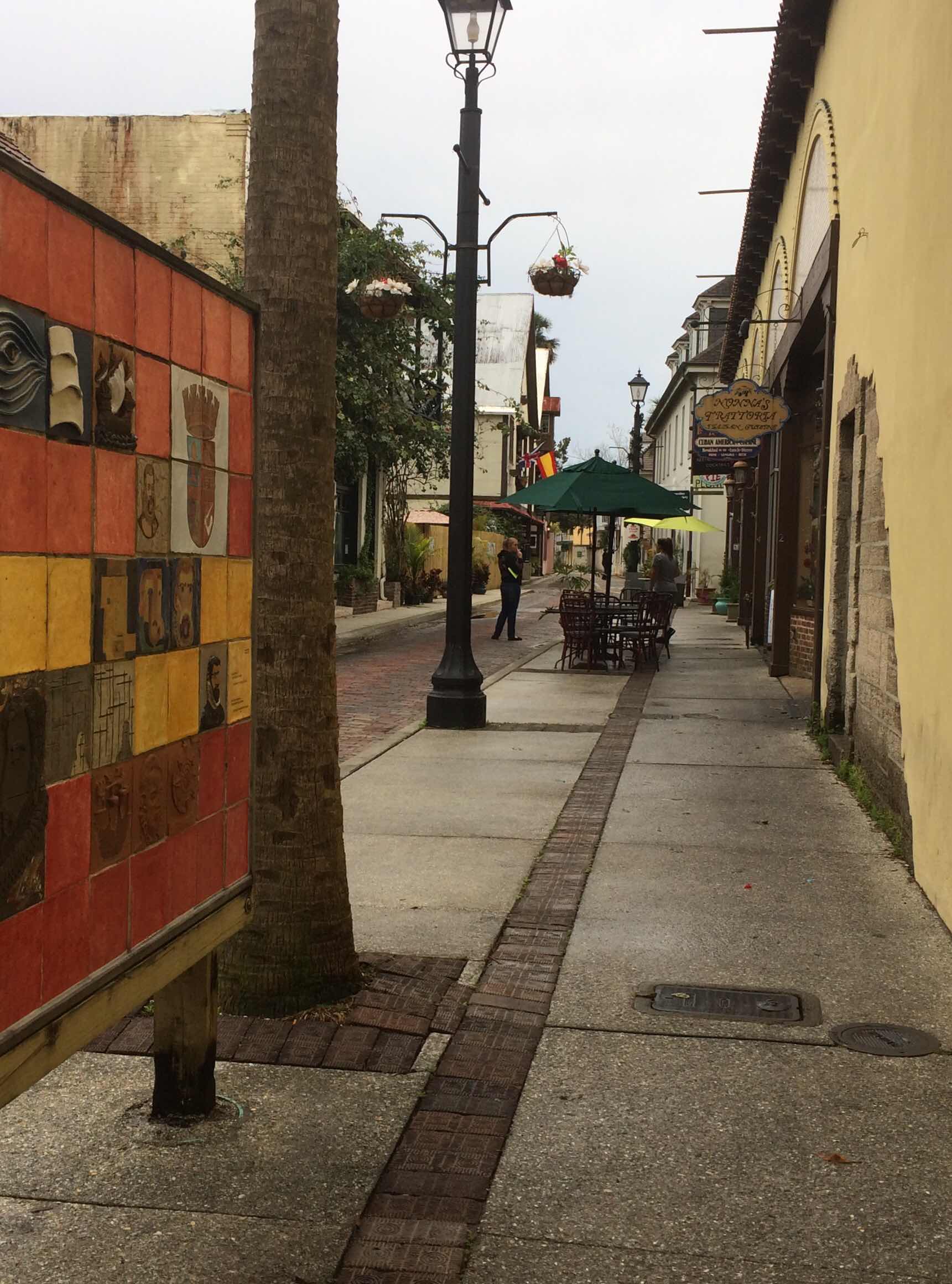 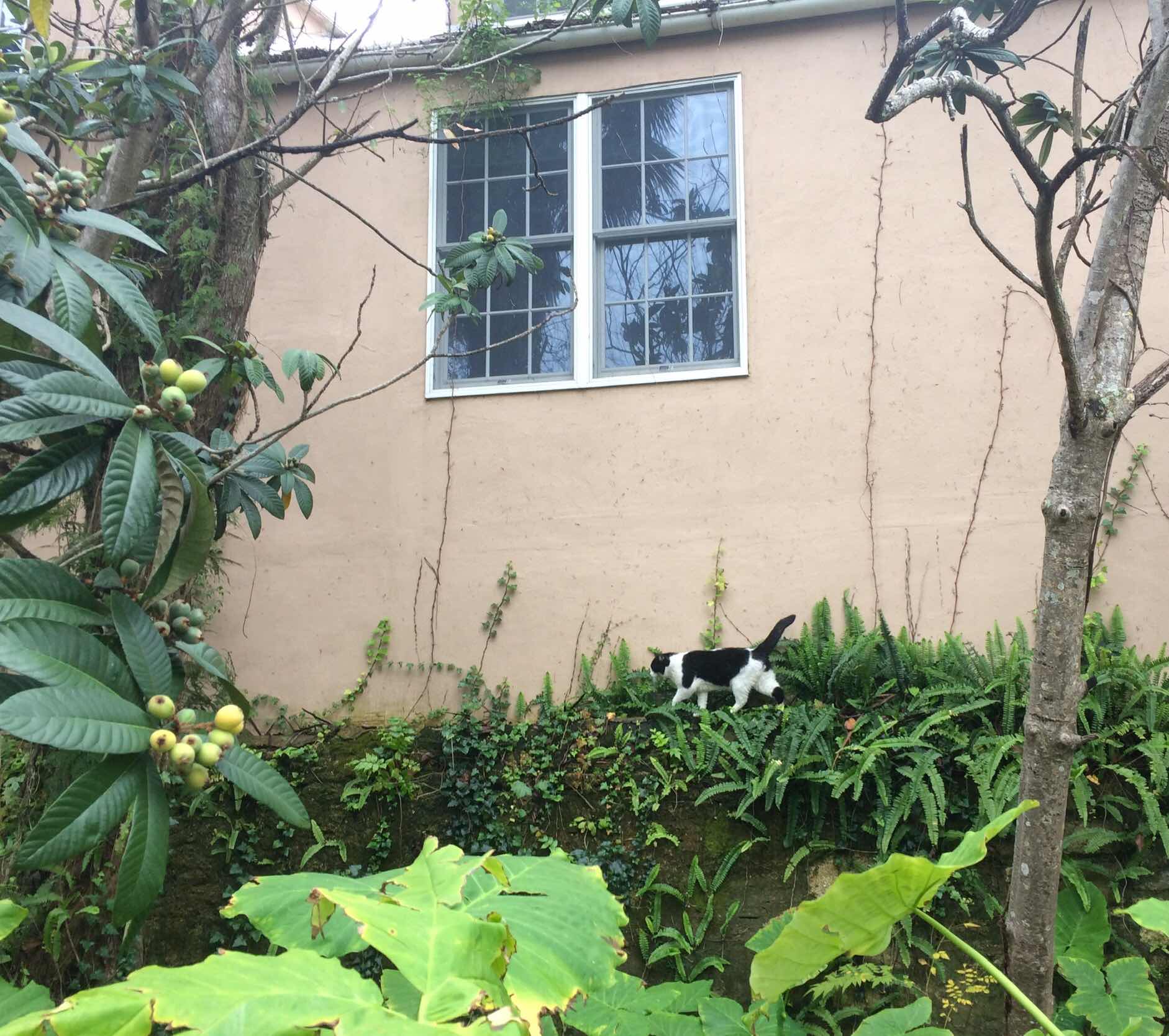 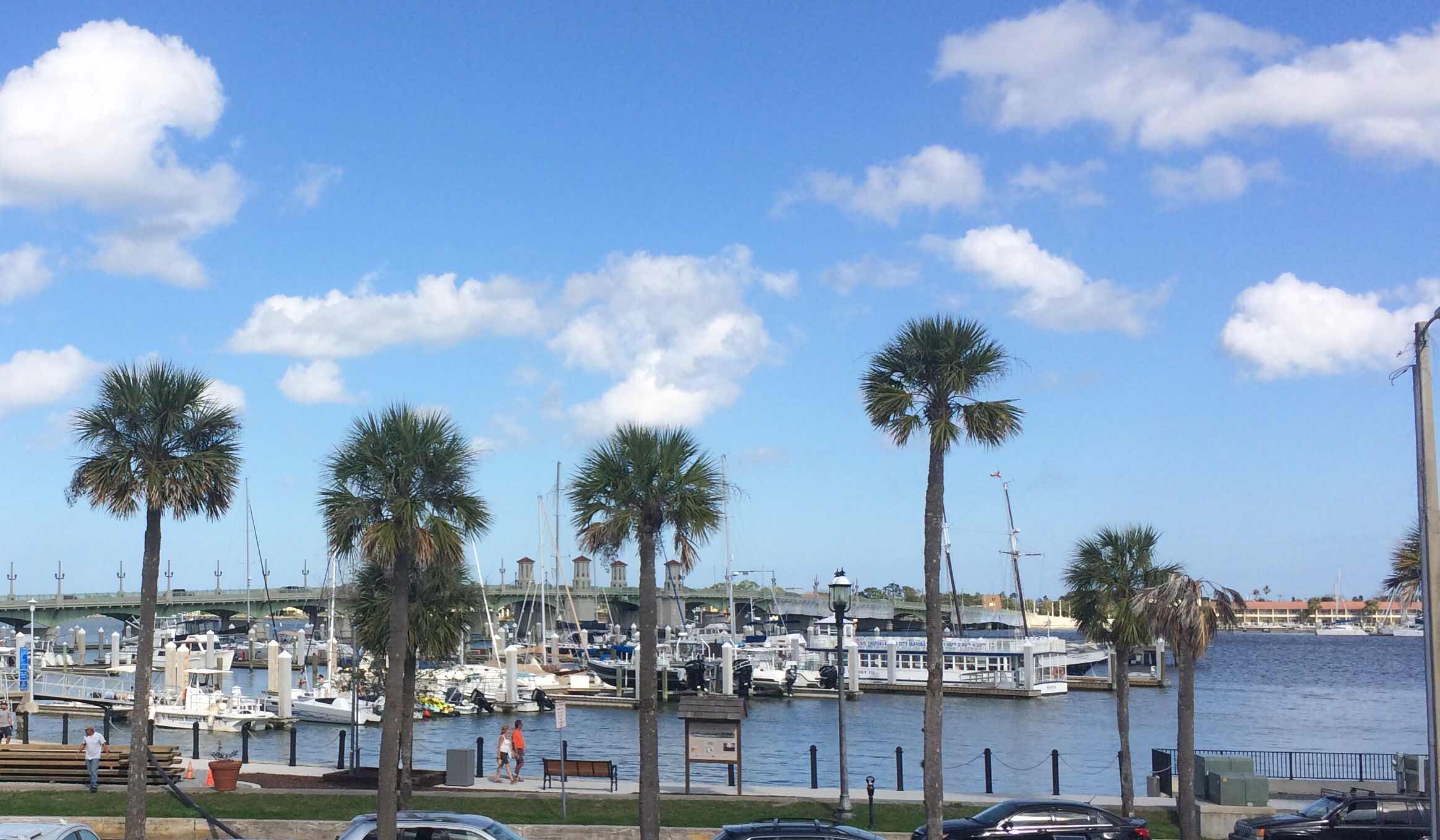 The afternoon we arrived, the sun was shining and the temperature was 84 degrees.  The next day, our sightseeing day when we had a tour booked, it was pouring rain and the temperature had dropped into the 40s!  You seriously didn’t think a little rain and numb fingers would stop us though, did you? Of course not.  For 2 1/2 hours our tour guide regaled us with stories of The Oldest This, The Oldest That, and The Oldest Every Other Thing.  We held back the giggles until we were walking back to our hotel and saw this sign. 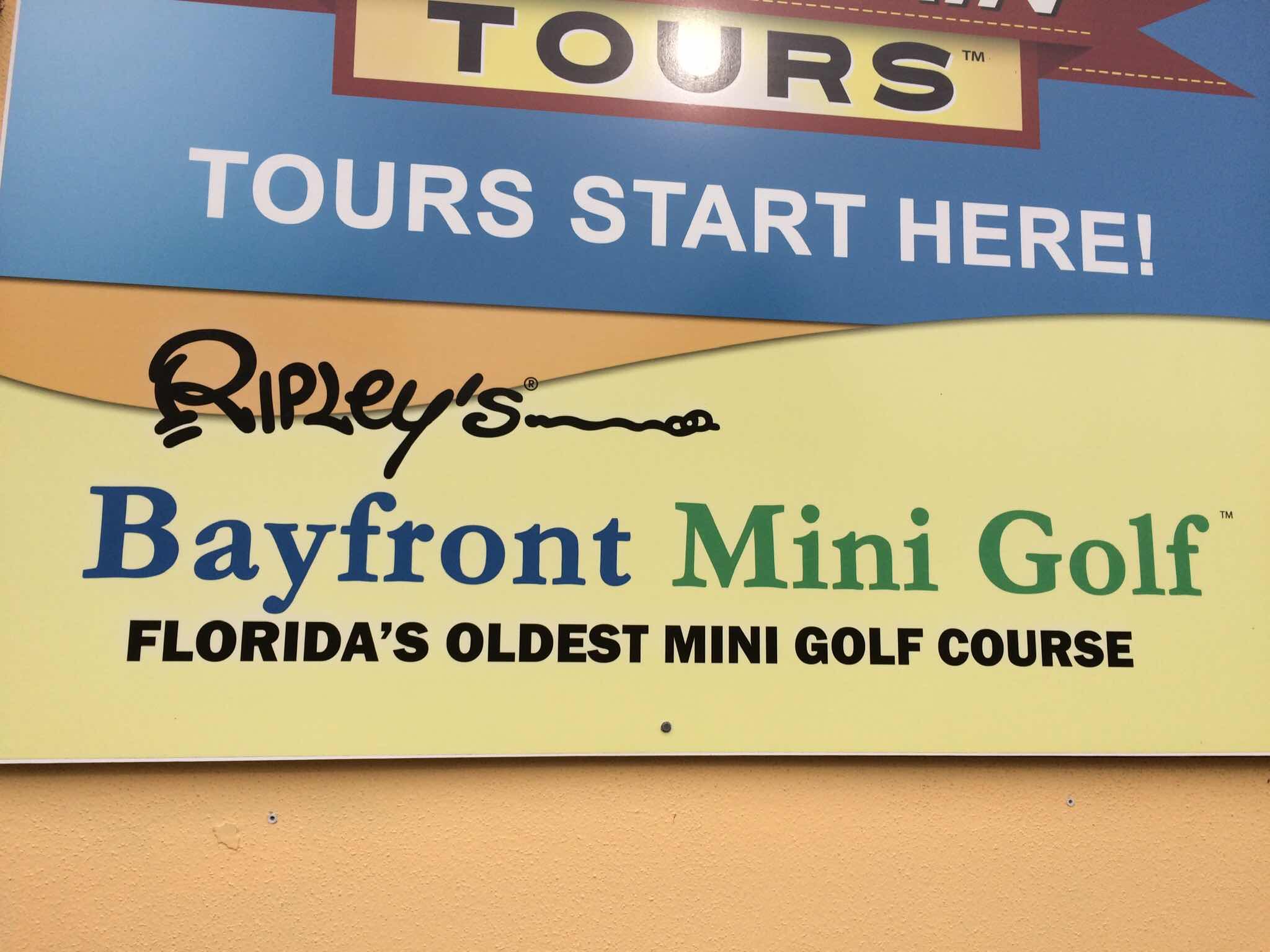 Come on, St Augustine!  The Oldest Mini Golf Course — TOO MUCH! 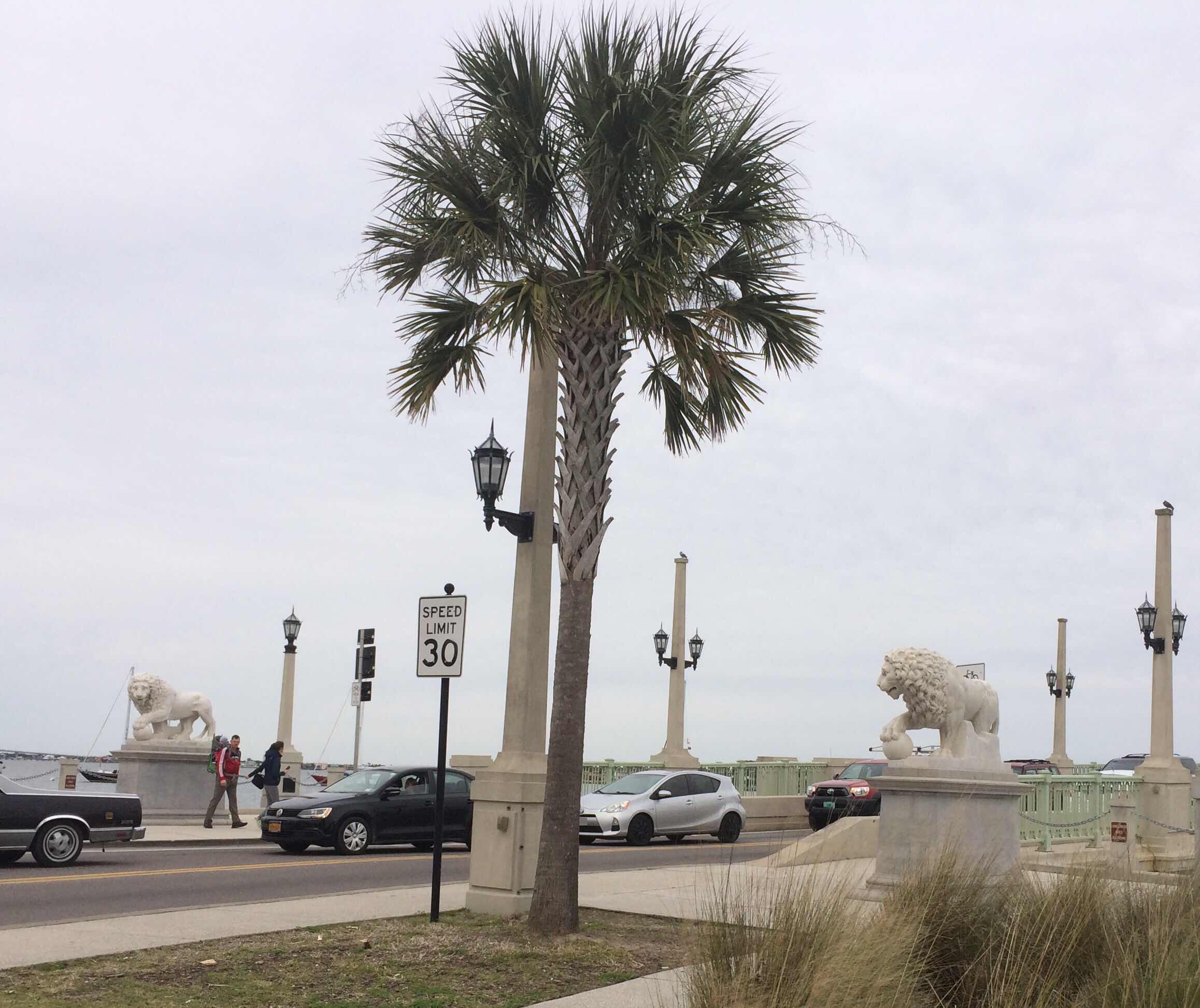 Entrance to the Bridge of Lions 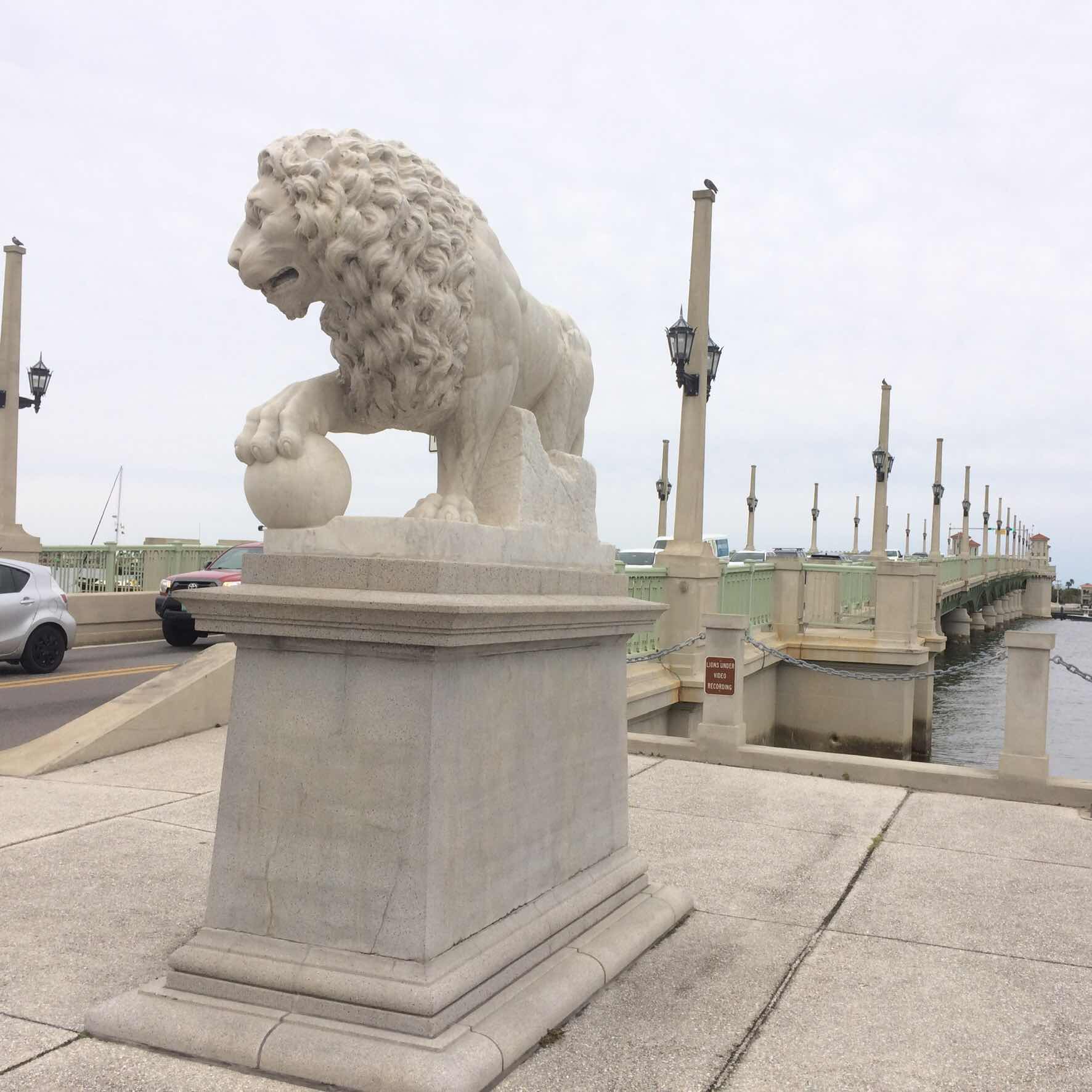 The history was fascinating and St Augustine is beautiful town.  My photos don’t reflect the wonderful architecture because it was a gloomy, rainy day and hard to take pictures.
Posted by Cynthia at 7:49 AM