In medieval times in London, this unconsecrated ground was the burial place for prostitutes and "single women" and their children. These women were licensed by the Church which readily collected their license fees but deemed them unfit to be interred with the holy in the cemetery of what is now Southwark Cathedral. 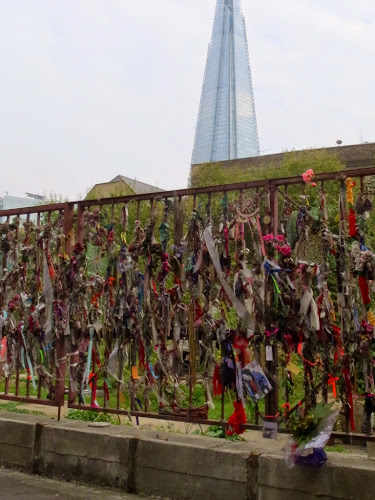 In the heart of the pleasure quarter, among the bear pits, theaters, brothels, and taverns, medieval Bankside was a wild and wooly place where women who had no other way to earn a living were called Winchester Geese after the Bishop Winchester who collected their license fees for their services.

By the 1800s the area was an overcrowded, cholera-infested slum, and a notorious hangout for thieves, described as "a set of courts and small streets which for number, viciousness, poverty and crowding, is unrivalled in anything I have hitherto seen in London" by a census-taker.

Charles Dickens lived in and wrote about the poor of the 1700s in Bankside, including the activities of body snatchers digging up bodies for the anatomy classes at nearby Guy's Hospital. 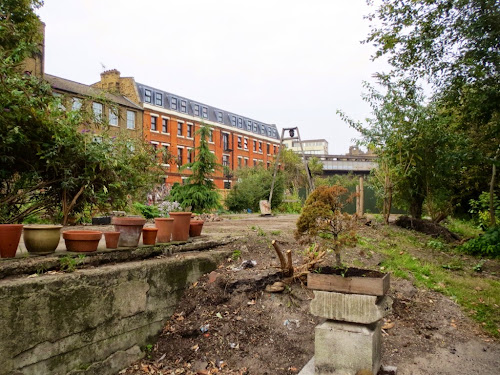 In 1853 the site of Cross Bones Graveyard was so full it was deemed unsafe to add anymore bodies, unceremoniously sold as a building site, and forgotten about. When digging began for the Jubilee Line of the London Underground in the 1990s, disease-riddled bodies were found piled in mass graves, over 60% of them babies and children.

Every Halloween night since 1998, hundreds of people make a candlelit procession to the gates of Cross Bones to honour the "outcast dead," leaving candles, ribbons, songs and prayers. 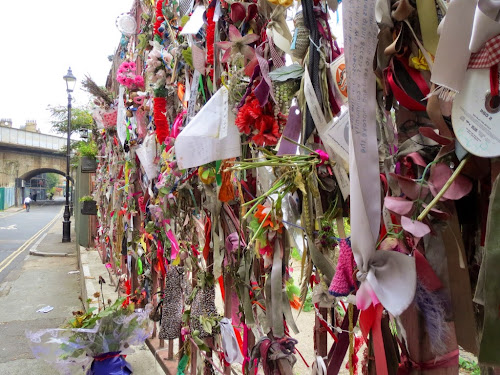 'For tonight in Hell, they are tolling the bell

For the Whore that lay at The Tabard

And well we know how the carrion crow

in The Southwark Mysteries, a book and play by John Constable 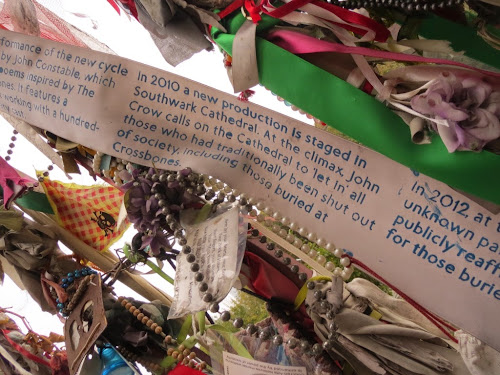 A group called Friends of Crossbones has held a vigil on the 23rd of each month since 2005 and backed several proposals to have the site kept from development and turned into a memorial park. So far, they have been unsuccessful. Well hidden in a small deserted street, all that is visible is the memorial-covered gate. Surrounded by a tall wall, you can only see what's inside inside by peering through gaps. 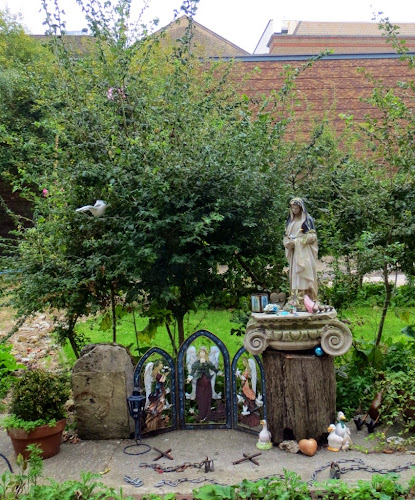 Thank so much for reading my blog today.  I enjoy seeing your comments, and I will visit you back
. 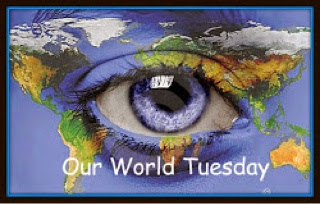 Posted with Blogsy
Posted by Cynthia at 7:27 AM