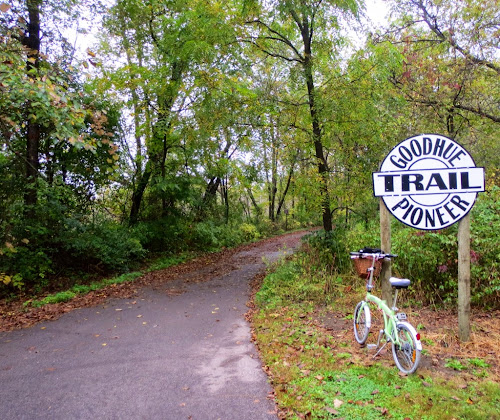 Yesterday's weather forecast had a 6-hour gap in the rain we have been having, so I loaded up Lulu in the backseat and off we went to explore the Goodhue Pioneer Bike Trail. 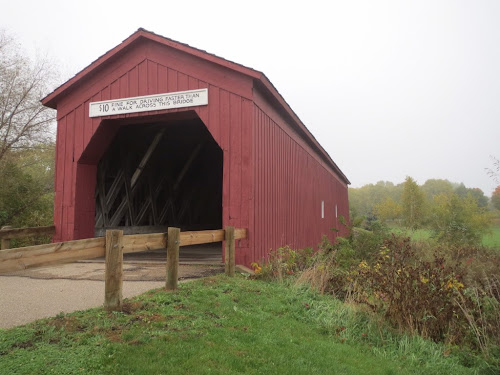 I drove an hour or so in the fog and low-hanging clouds and set off on a side trail that passes the only covered bridge left in Minnesota. 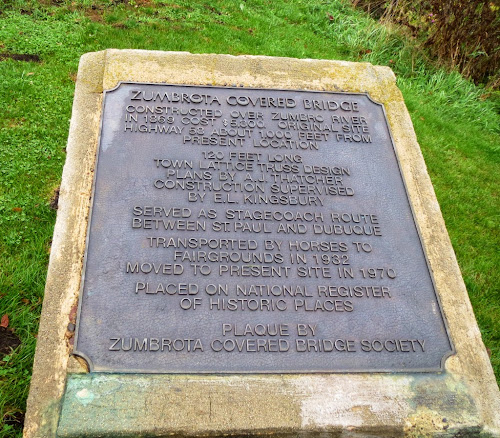 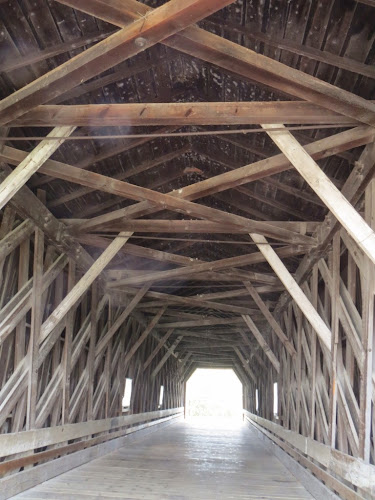 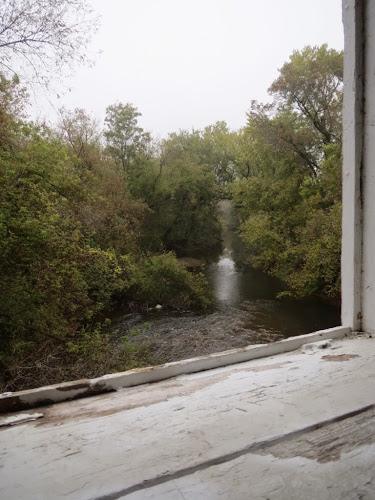 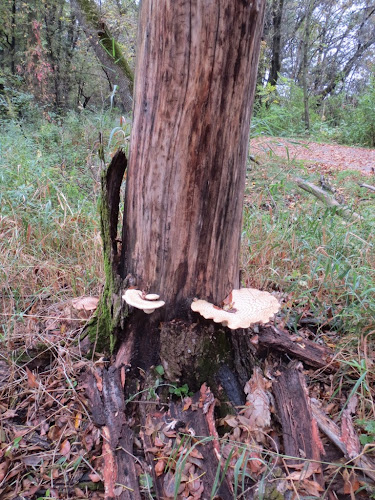 Back on the main trail, an old railroad bed, this was the the first of many incredible fungi I saw. 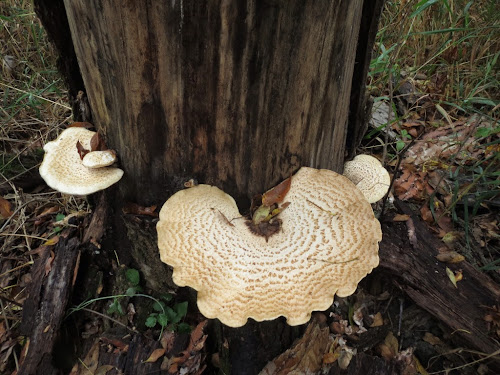 To give you an idea of the size of the largest lobe, when I laid my arm over it it reached from my fingertips to my elbow! 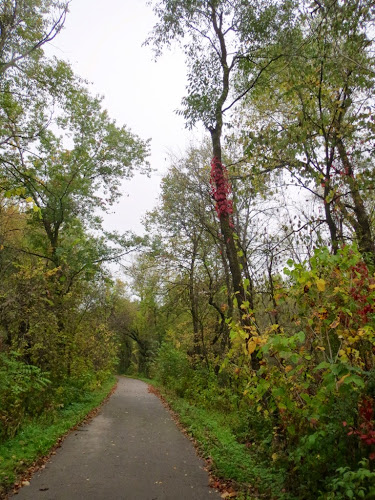 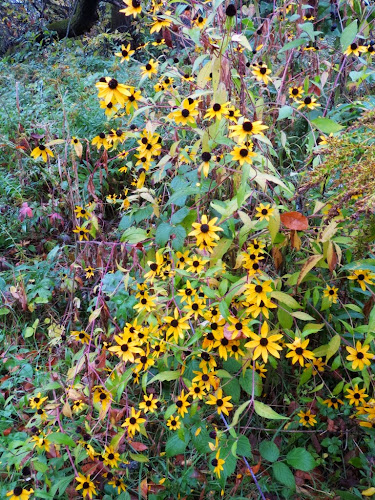 Heading out, the trail is at a small grade upwards, so my legs got a good workout. It follows along the Zumbro River, through woodlands and a few farm fields. 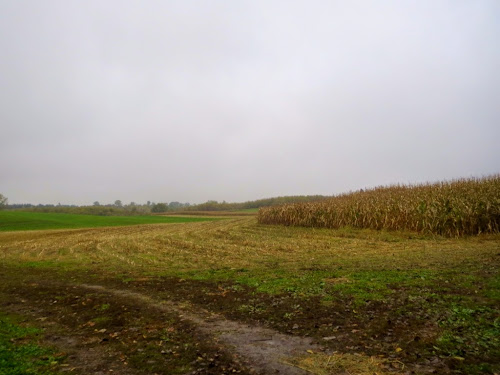 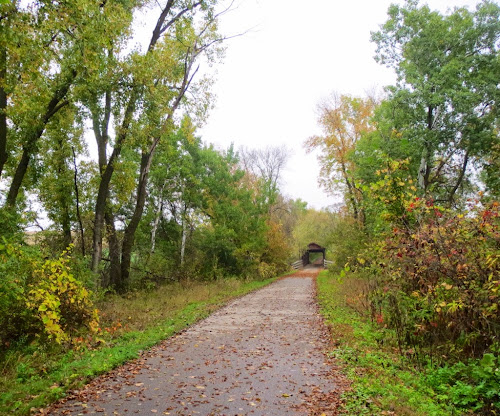 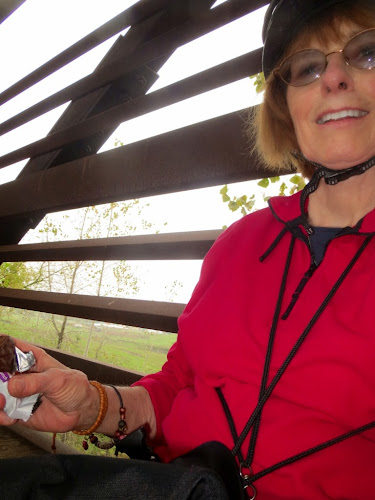 ... which provided a nice dry stopping place for a snack and a look at the cows on the hill, looking at me! (Getting better at the selfies, aren't I!) 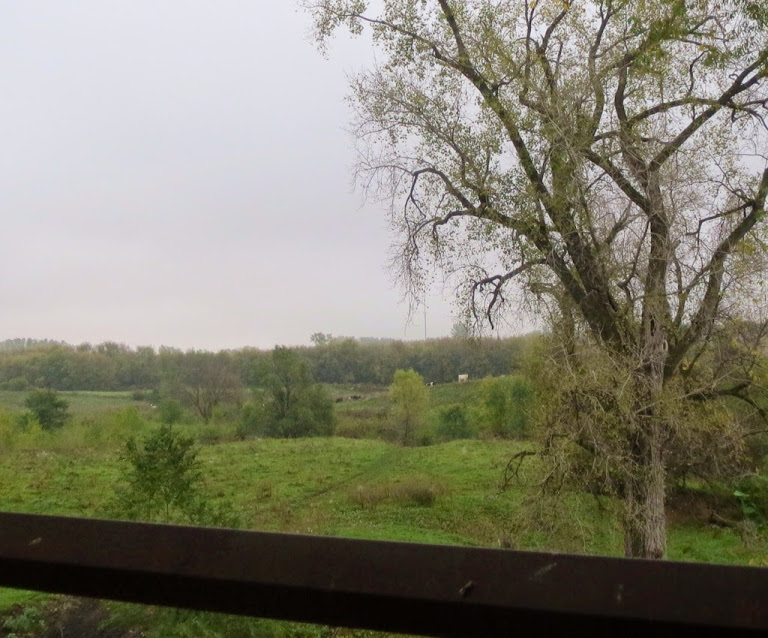 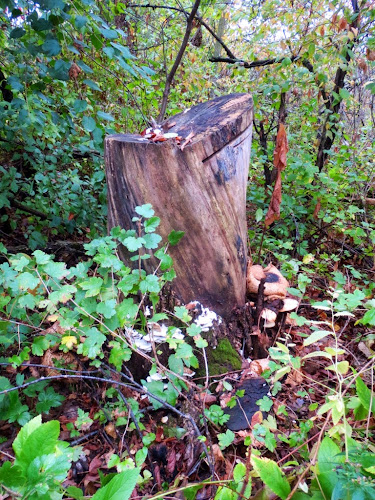 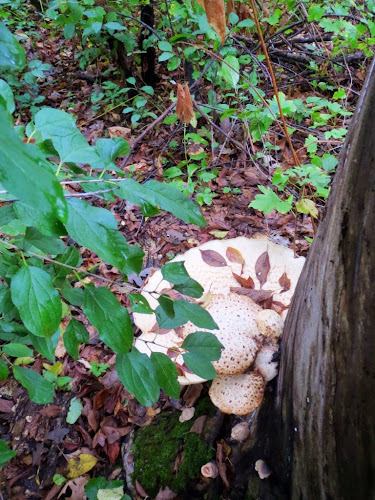 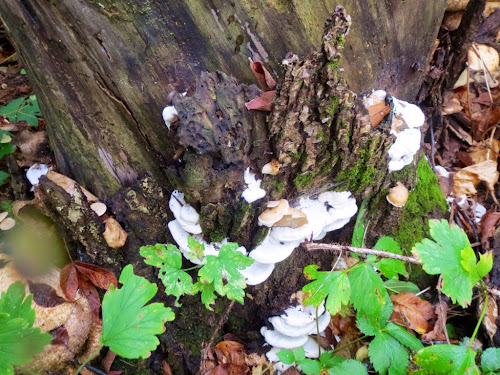 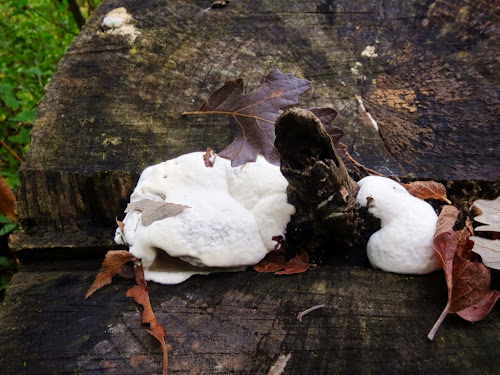 Oozing out of a cut in the top of the stump 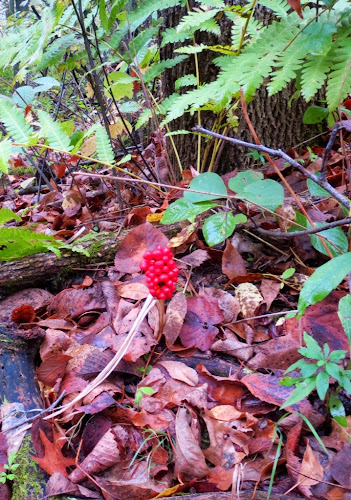 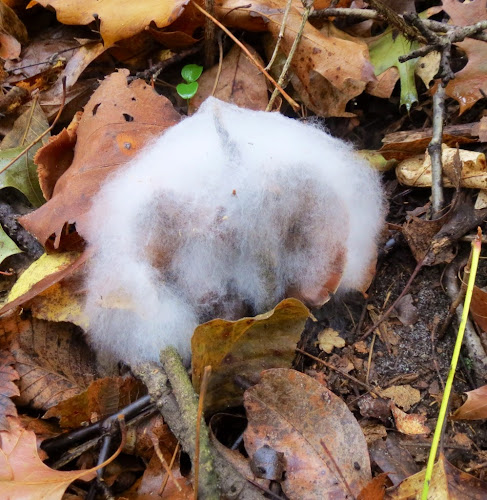 And the most interesting find of all -- this fluffy mold, about the size of my two fists put together, on top of the leaves. It looks a lot like snow mold but that can't be! Anyone know anything about it?

The ride back was considerably faster, as I coasted much of the way, for a total of 7 or 9 miles, depending on which signs you believe. I barely got the bike back in the car and the rain started up again, and 18 hours later, it's still raining! Tonight the S word is back in the forecast -- SNOW mixed with rain. :-(

Posted with Blogsy
Posted by Cynthia at 5:24 AM