On the south bank of the Thames in London is the Holy Grail of English teachers everywhere--Shakespeare's restored Globe Theatre. I had visited several times, mostly with students, but finally had a chance to see a play there this September. 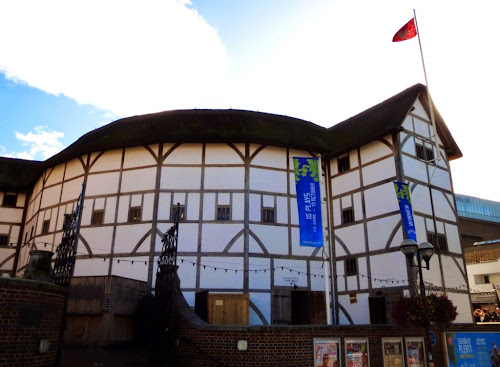 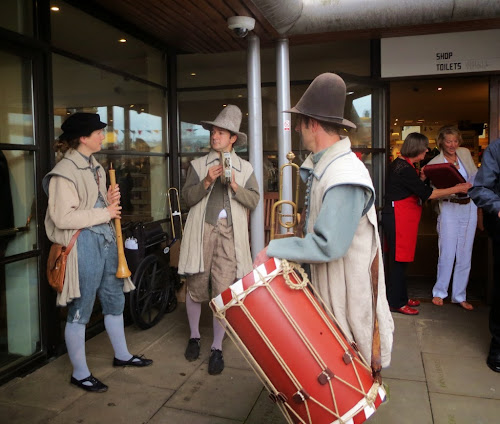 Before the performance, musicians and actors mingled with guests in the courtyard. 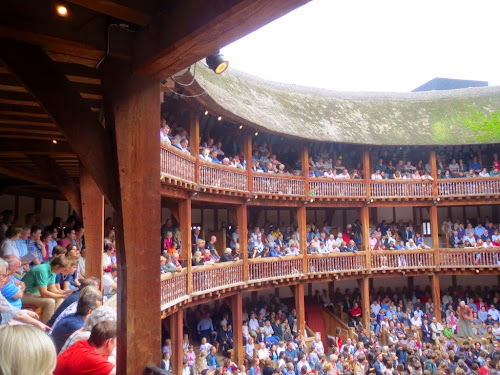 It is an open air theater built of timber. The poor were allowed to stand before the stage for a penny; today the groundlings pay £5 for the privilege of standing for 2 1/2 to 3 hours. This day, about half way through they were donning raincoats. If they had one!
The play was Julius Caesar, which I taught to 10th graders for many years. It was a hard sell from print and I really, really wish they all could have seen this production. There was never a dull moment and the time flew by. 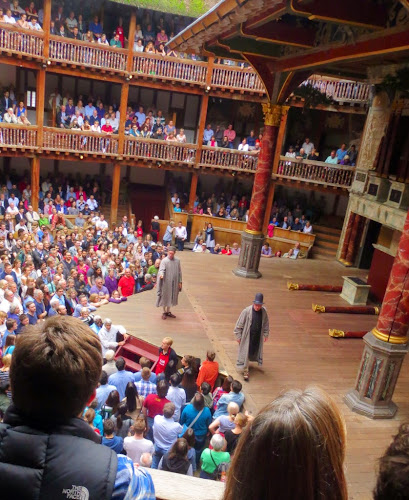 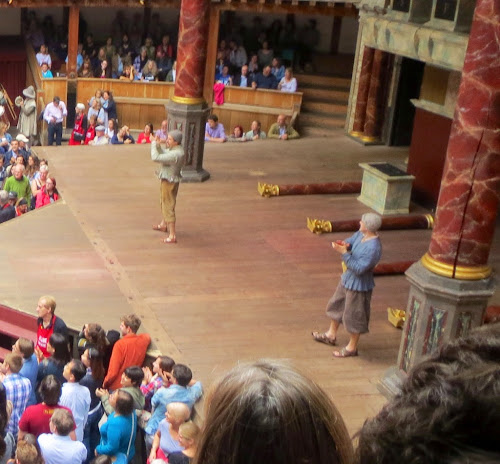 The actors started warming up the audience before the real action started.

Except for the fact that wooden benches were uncomfortable and had no back support, I was happy to have a seat in the first balcony and not be a groundling. That's a dangerous place -- when Brutus stabbed Caesar, the "blood" drenched the face, glasses, and shirt of a groundling, a woman standing below the stage. 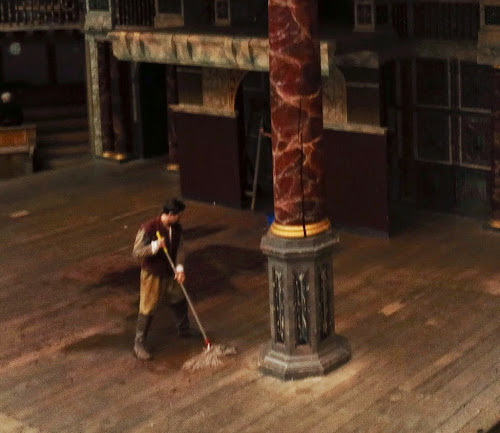 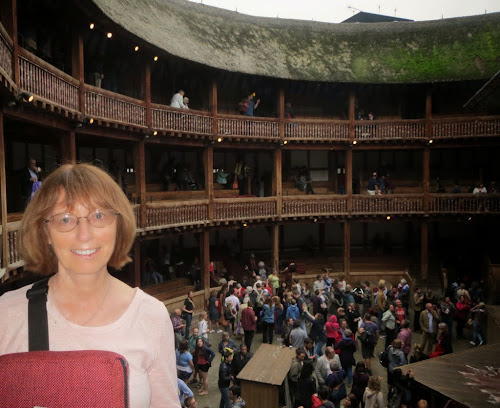 . . . and it was time return our seat cushions and go home. What a treat it was to check off this item on my bucket list: see a play at Shakespeare's Globe Theatre in London. 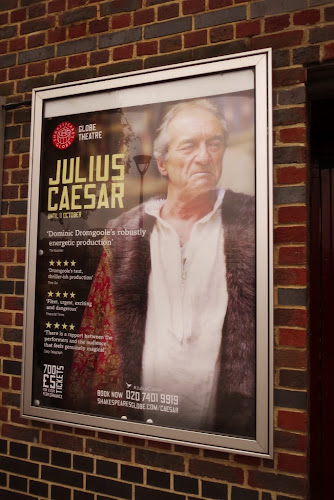