The Church of the Holy Trinity is the only thing left of the ghost town of Grahamville, originally a town of summer homes for the rice planters of the area, built after the American Revolution. The present church building was completed in 1858, the third one to stand on this spot. 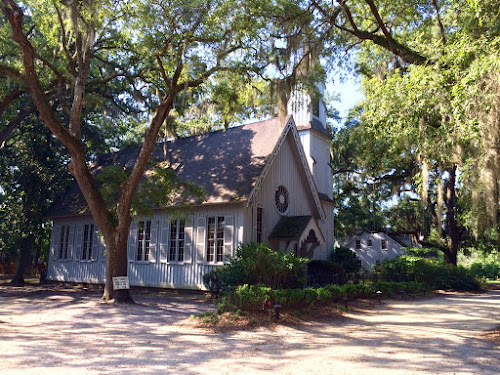 The Carpenter Gothic style of the church developed as a carpenter’s interpretatipn of the Gothic Revival architecture of England, with English masonry designs translated into wooden construction.

The wheel window over the door and the buttressed 3-stage bell tower are typical of Gothic Revival design. The interior is warm, rich, and fragrant with its timber beam ceilings and old yellow pine pews. 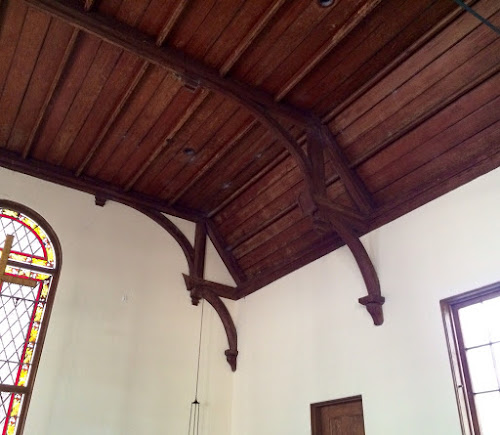 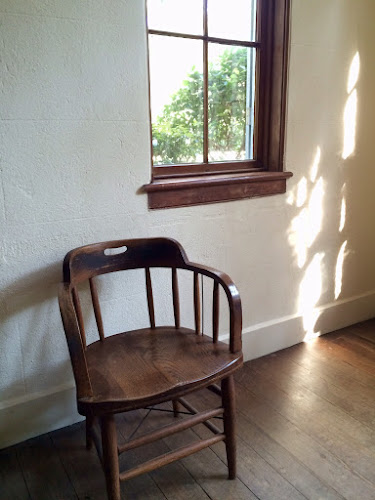 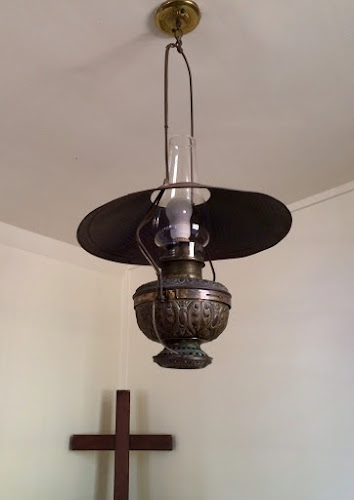 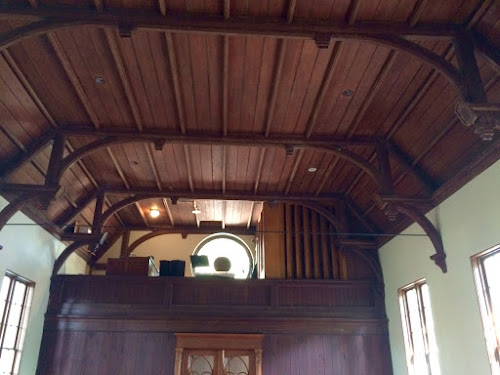 The bell tower has an exterior entrance to the stairway leading up to the old slave gallery, which now houses a pipe organ. Many plantation owners insisted their slaves attend the white church on Sunday mornings, fearful that left to their own devices they would plot rebellion. The preacher preached a separate message for the slaves emphasizing strict obedience to their masters.

Former slave Sarah Fitzpatrick, in her 90s in the 1930s when she was interviewed for papers collected by theTuskegee Institute in Alabama, had this to say about her memories of attending church in the days of slavery.

The entire fascinating interview is in a book by John Blassingame called Slave Testimony. 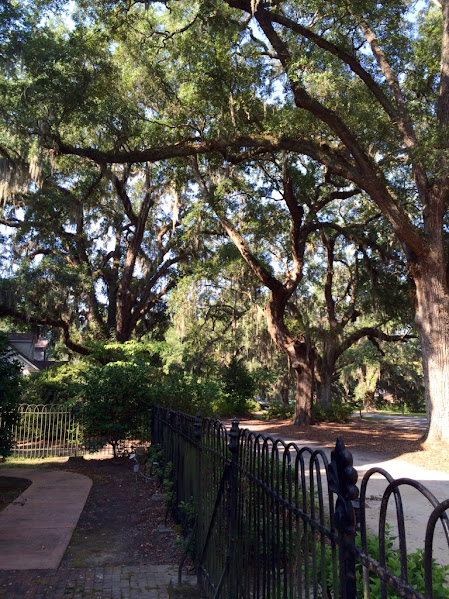 The church is set in a grove of large live oaks, which were planted 150 years ago by the ladies of the congregation.

During the Civil War, it escaped complete destruction because it was being used as headquarters for the Union army as they moved through the area.

The interior was desecrated by the soldiers and the church Bible was stolen. In 1928 it reappeared, mailed back to the church from a northern state with a note saying the sender had found it in his attic.

Posted with Blogsy
Posted by Cynthia at 1:07 PM