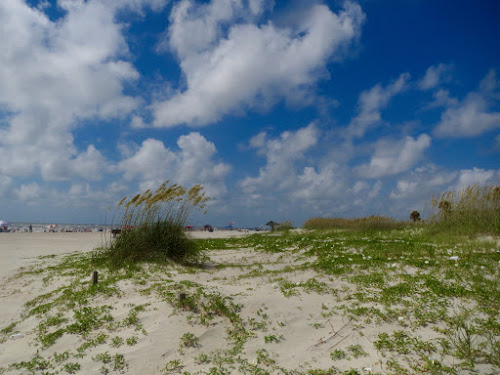 Tybee, a barrier island off the coast of Savannah, Georgia, is still an old-fashioned tourist magnet on a hot, sticky summer Sunday.

Steamships first brought happy tourists and sickly seekers to the island just after the Civil War to "take the salt air" thought to cure such ailments as asthma and allergies. 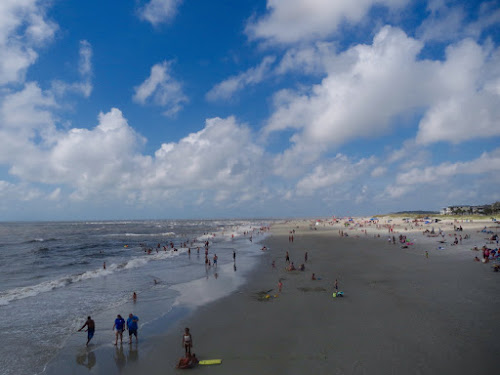 The island's history goes way back beyond that, however, its name lIkely derived from a Native American word meaning salt.

Spain claimed it first as part of La Florida, which extended from the Bahamas to Nova Scoia.

Next the French came looking for sassafras, considered in Europe to be a miracle cure, followed by pirates who roamed the sea and saw a source of fresh water and meat. 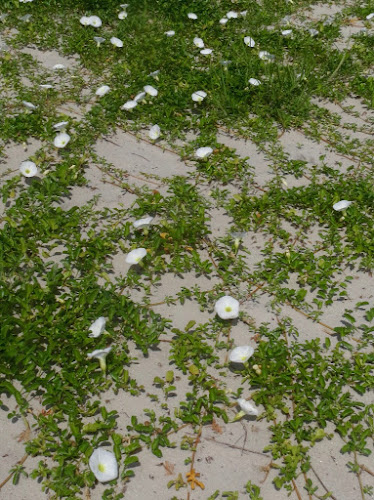 Little Tybee's pretty beaches also played a part of US history during the Revolutionary War, the War of 1812. the Civil War, WWI, and WWII, but more on that another day. 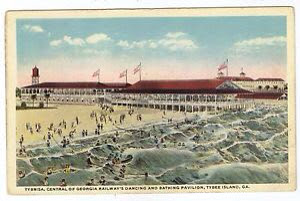 In 1887 a railroad line was completed, the island summer population grew, and cottages soon dotted the shore. The cottages were soon dwarfed by grand hotels and the railroad built a huge pier and pavilion with a dance floor, arcade, and shops. 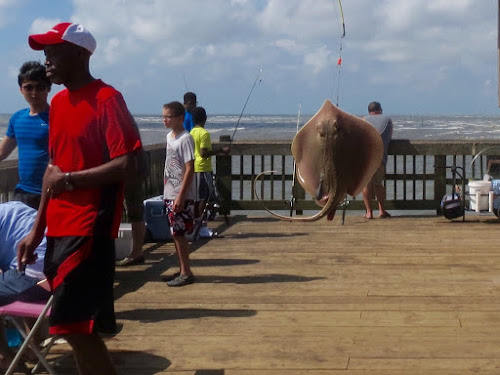 The original pier and pavilion burned in the late 60s and were replaced with a much smaller fishing pier and small pavilion 30 years later. The fisherman in red pulled in this sting ray while we sat on a shaded bench and watched. 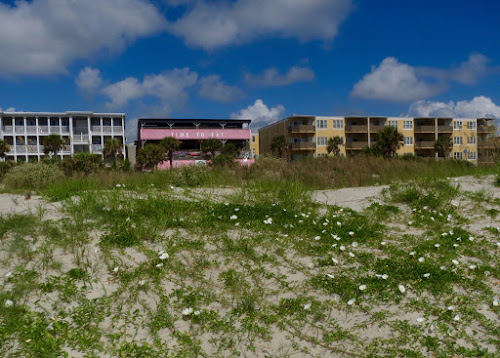 Just beyond the modern hotels and high rise luxury units, there are still tiny beach shops and original old cottages with all the old charm of a summer day on Tybee Island.

Posted with Blogsy
Posted by Cynthia at 12:39 PM