First, an update on the Corn Spider front. Last week I reported that Mr Corn Spider had been eaten by Mrs Corn Spider when he was no longer, um, necessary. I may not have been totally accurate, although several sources say the eating definitely occurs.

Another scientist gives more tragic information though, stating that Mr Corn Spider suffers a heart attack immediately upon completing his part in the romantic moment, after which Mrs C either eats him or does not. Depends on how hungry or carried away she is, I suppose.

But wait, there is more! 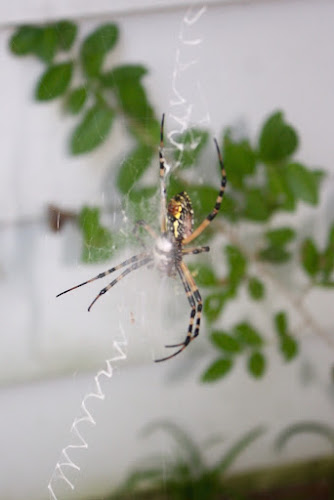 The original Mrs C has hung her fourth egg sac and acquired a neighbor! Apparently an invited young neighbor since she has neither devoured her nor driven her away. 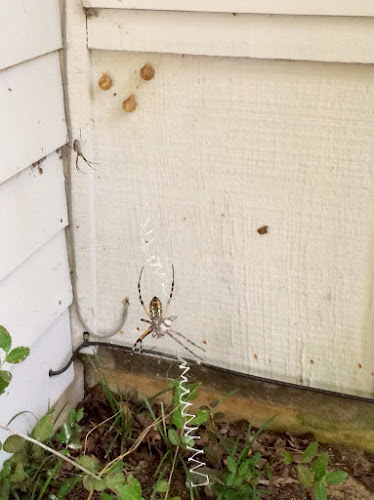 We have watched the newcomer grow from a baby to this over the last few days and this morning she had created her first zipper web, caught a tasty insect, and is in the process of wrapping it up. When that is complete it will become her lunch.

Above her on the left you can see the original Mrs C, along with three of her egg sacs. She appears to be in declining health and shrinking.

We have had another interesting visitor from the vast array of creepy-crawlers that make South Carolina home, the ... 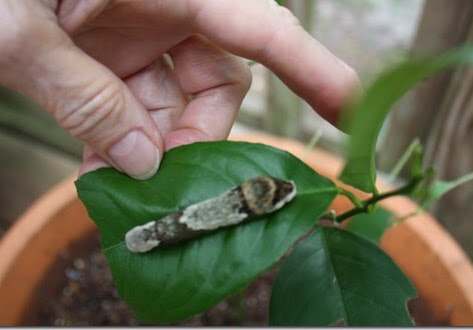 I kid you not. Orange dog caterpillar. 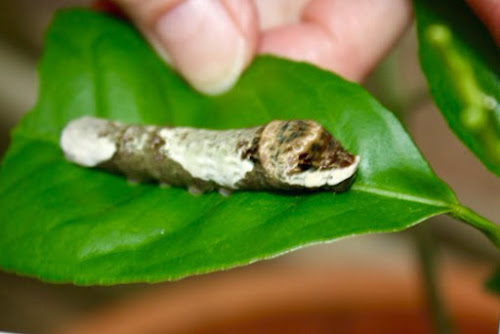 He was chowing down on our lime tree foliage and had caused considerable destruction before we noticed what was up.

A couple inches long, one can decimate a small lime tree in a day.

Another charming attribute: it appears to predators to be bird poop on the leaf and has a forked tongue-like appendage that flicks out and gives off the odor of ... you guessed it, bird poop!

BUT, the ugly duckling caterpillar will metamorphose into the beautiful
Giant Swallowtail 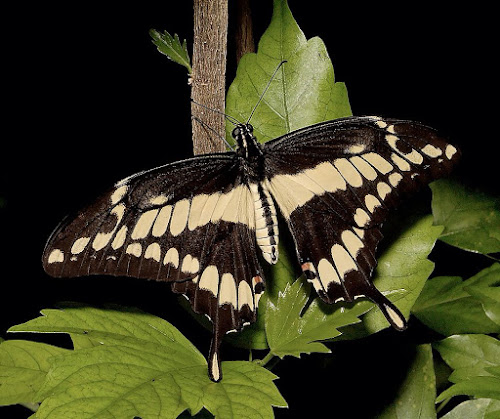 Can't wait to see those flying around!

Posted with Blogsy
Posted by Cynthia at 10:17 AM