Dolly Parton is a kind of American music legend. The fourth of twelve children of a dirt poor hillbilly family, Dolly succeeded in making it big as a country singer and songwriter. I'm sure her early fame had something to do with her big blond hair and expansive chest that preceeded her tiny body by about a half a mile, but at some point her big voice became just as, um, outstanding as her physique. 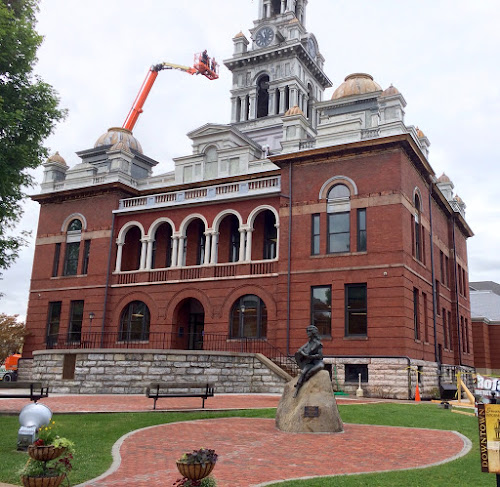 Dolly was born in a one-room shack in the Smoky Mountains but the little town of Sevierville, Tennessee has proclaimed itself her home town. When we drove through on our last trip back from Minnesota we decided to stop and say howdy.

Dolly's likeness sits on a big rock playing her guitar on the courthouse lawn.

At six Dolly began playing a homemade guitar and singing in church.

At eight she played and sang on local radio stations. 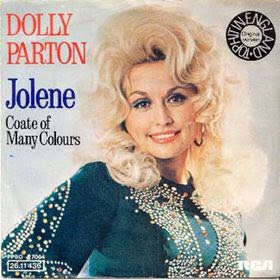 By 18 she was making a name for herself in Nashville as a singer and songwriter.

Dolly met Carl Dean, owner of an asphalt paving business, in front of the Wishy Washy Laundromat the day she moved to Nashville. He warned her that she was getting a sunburn. 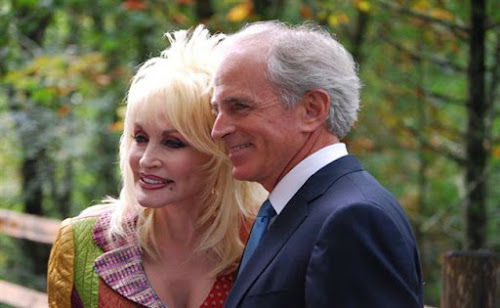 They married in 1966, and celebrated their 50th wedding anniversary in May of this year.

She and Dean had no children of their own but raised several of Dolly's brothers and sisters.

Dolly sponsors a literacy program for children dear to my teacher's heart, Imagination Library. The program mails a book a month to every child enrolled from birth until they enter kindergarten. Imagination Library has provided books for over 850,000 children every month across the U.S., Canada, the UK, and Australia, 10 million books annually. 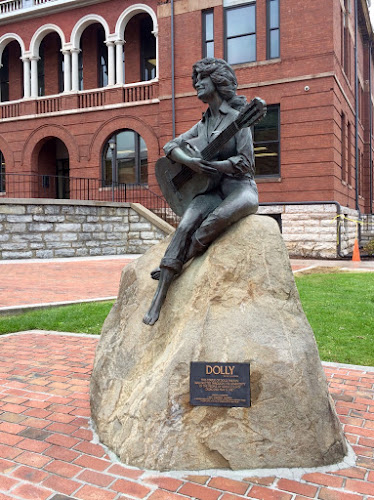 Among many other projects, Dolly has raised money for a cancer center in Sevierville in honor of the doctor who delivered her-- the doctor her father paid with a bag of cornmeal!

I've always enjoyed Dolly Parton's music with its bluegrass and mountain roots. I like her peppy personality and the family values she has maintained.

Of the 3,000 songs she has written, my favorites are Coat of Many Colors based on her mountain childhood and I Will Always Love You made famous by Whitney Houston.

If you want to have a listen, here are a couple links:

Posted with Blogsy
Posted by Cynthia at 12:03 PM