Raise Your Hand If You Remember These! 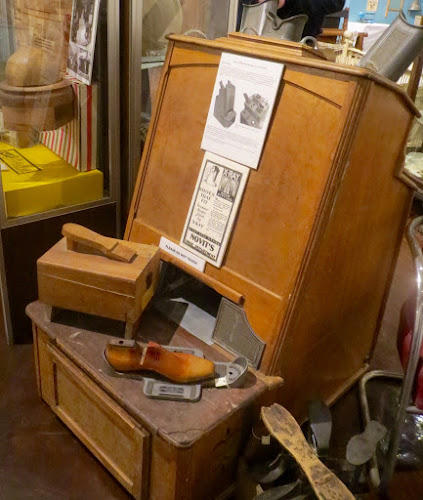 " Step right up on the box, Junior, and put your foot in the radioactive machine so I can check your feet inside your new shoes.

"No, Mother, don't you worry, it's perfectly safe. Junior's toes will not fall off or glow in the dark from radiation. This is science at work to give Junior a perfect fit and an inch to grow in."

We visited a small museum in Walterboro, South Carolina and came across a flouroscope, which I hadn't seen since I was a child in the 1950s getting new shoes for school.

The flouroscope was invented in the 1920s as a sales gimmick to sell shoes. It X-rayed the customer's feet, revealing bones and the outline of the shoe assuring a perfect fit.

Even by the1950s when the dangers of radiation should have been fairly clear and clerks who used the boxes were reporting burns and other injuries, the hazards were brushed off and the machines continued to be used! By the mid 1950s there were 10,000 of them leaking radiation all over the place in the United States and a similar number in England. 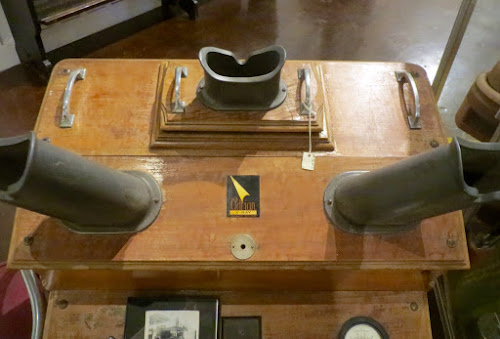 The customer, most often a child, would stand wearing new shoes with her feet in the slot in the bottom of the box. At the top were three viewing places, one for the salesman in his suit and tie, one for Mom in her dress and heels, and one for the child, also dressed up for the occasion.

I got two pairs of shoes every year, brown "oxfords" for school and patent leather "buckle shoes" for church. They were always the same. No one asked me what I wanted and I don't even know if the store had any other options. The brand was Buster Brown and they came from the small town shoe store that had the X-ray machine. I don't remember its name. 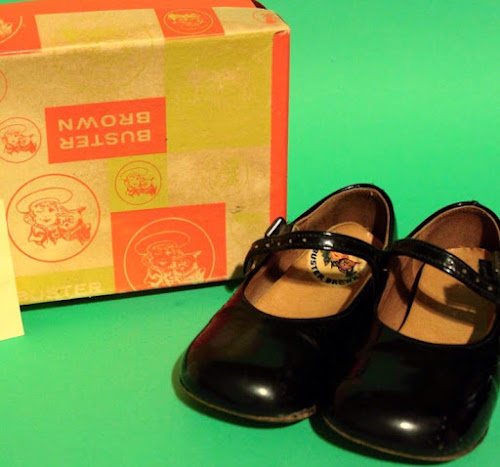 When you put your feet in the machine with the new shoes on, you wiggled your toes around inside the new shoes to check the fit, and I can't tell you how exciting it was for a five or six year old in the mid 50s to see the actual bones inside her foot moving around. I could have stood there wiggling my toes all day long!

This is from an article I read when I was looking up some facts about the flouroscope. If it's true, it's pretty frightening but I didn't see any research about it that looked more detailed. So take it for what it's worth.

"By the 1970s, shoe-fitting fluoroscopes were almost universally banned, but damage had already been done; foot cancer began to rear its ugly head in many older patients, and there was little question of Its source."

If you want to give yourself nightmares, Google foot cancer images. Yikes.

Posted with Blogsy
Posted by Cynthia at 12:11 PM