"From our boats to your table!" 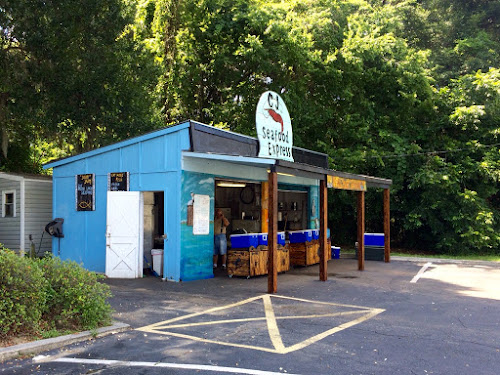 It's a steamy June morning in Port Royal.

The shrimp boats are in, fish selected from the local docks,

and Seafood Express is ready for customers.

The Reaves family has been in business since 1970. They own three shrimp trawlers, five oyster boats, and a fleet of trawlers and skiffs used for clamming and crabbing. What they don't catch in their family-owned boats they buy from other local fishermen. 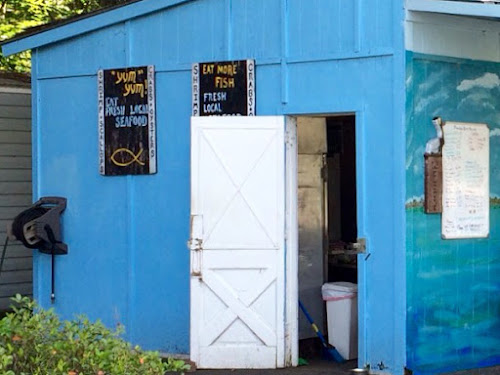 With 86% of the seafood consumed in the United States imported,

it's nice to be able to

Posted with Blogsy
Posted by Cynthia at 6:29 AM