A long way from anywhere, along narrow deserted roads through miles of nothing but wilderness, lie the abandoned rice fields and plantations of the wealthiest Americans of their day, plantations that each produced up to 1.5 million pounds of rice a year. 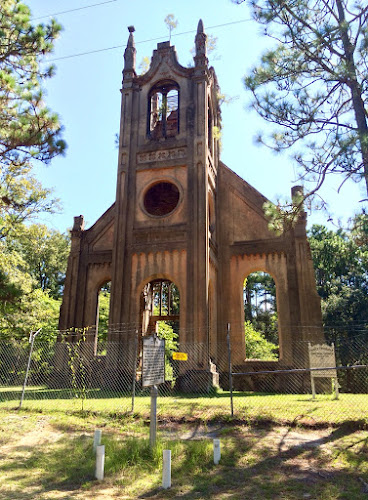 Out of nowhere we came upon these ruins of Prince Frederick's Chapel, what is left of a large and ornate church fitting for worship by the planters, men of wealth and power, and their families.

Prince Frederick of Wales was the son of King George II.

The first small wooden chapel on the site was built in 1848 and construction of a grand replacement in the Gothic Revival style was begun in 1859. Work soon came to a halt, interrupted by the Civil War.

After the war it was impossible to imagine that a way of life, one based on the cultivation of rice and the exploitation of slaves for labor, that had prospered for over a hundred years could end. Planters regained their land, fought to bring back the rice crops, and work resumed on the church. The contractors were two brothers, Philip and Edward Gunn. One of them fell to his death during construction.

The new church was finished in 1879 but it was too late. With the loss of slave labor the rice economy rapidly declined, planters fled to the cities, and in a few years the church was abandoned, began to crumble, and eventually was removed except for the front wall. 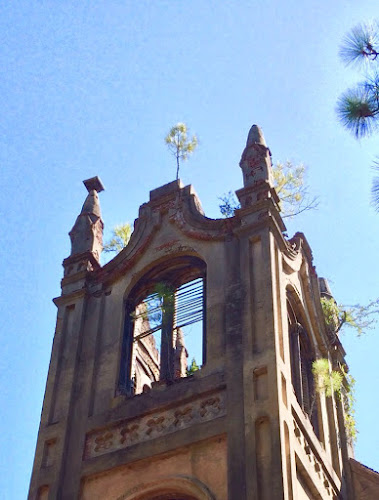 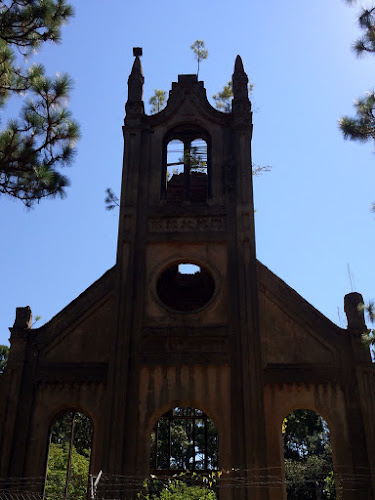 When the church was demolished in 1966 the front wall and bell tower, guarded by a tall fence topped with strands of barbed wire and a plethora of No Trespassing signs, was left standing, a testament to a time when what has returned to wilderness was the center of American commerce.

Posted with Blogsy
Posted by Cynthia at 6:06 PM