My First Hurricane (sort of), Hermine

Thursday night the first hurricane of the season, and my first hurricane ever, was poised to hit Florida from the gulf side of the state and continue across Florida and up the Atlantic coast with Georgetown targeted for the heaviest rainfall. 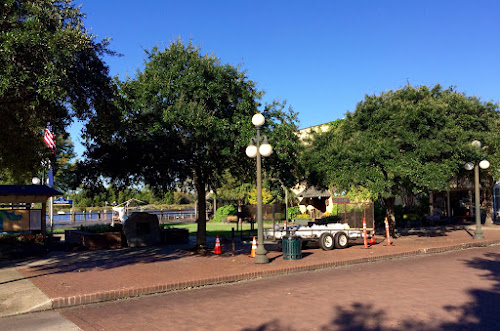 Thursday night we enjoyed an ice cream cone and free music in the park along with lovely cool breezes from the harbor.

Sandbags were stacked in a trailer, at the ready in case the storm surge threatened to send water over the docks and onto Front Street.

By the time it hit here in the early hours of Friday, Hermine had been downgraded from hurricane to tropical storm.

The downpours of rain continued all day and by noon the wind began to blow. We lost electricity several times during the day.

Sometime in the night Friday the storm swooped on up the coast leaving us with lots of puddles, branches in the yard, one of the neighbor's shutters blown off, and on Saturday the most beautiful day you can imagine. The sun shining, humidity gone, cool breezes blowing ... what a reward for weathering the storm! 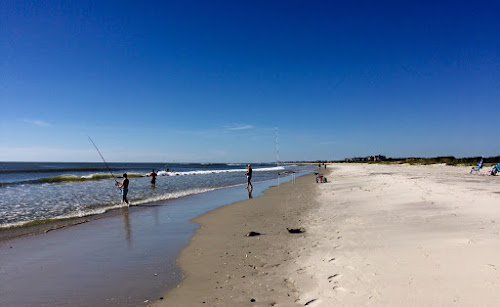 We headed for the beach at Pawleys Island early, but we weren't the first ones there. Several people picking up shells, fishermen, and a few surfers beat us.

We brought our coffee, walked, and then sat and read for an hour, enjoying the dry, cool air the storm had left us with. 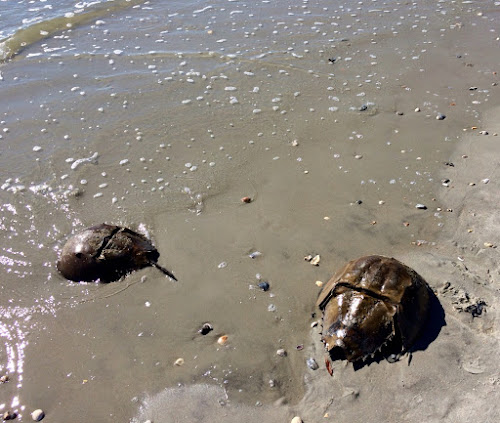 These two big horseshoe crab shells had been brought in by the tide. The largest one is abut 14 inches long and maybe 10 inches wide.

Horseshoe crabs are fascinating creatures. First of all, they aren't crabs. And they have been here since before the dinosaurs and haven't changed much since.

The pointy tail thing is not a stinger, it's a rudder and is especially useful for righting themselves when they get turned upside down.

If you have ever had a shot, you can thank a horseshoe crab that you didn't get an infection. Their blood contains amoebocytes that the FDA uses in testing drugs and surgical implants for bacteria, a procedure that has saved millions of patients' lives (though that's not true for the crabs; fifteen to 20 percent die in the process). Each quart of horseshoe crab blood costs drug companies about $15,000.

The one on the right is probably a female as they grow to be larger than the males. They are 10-11 years old before they are mature and ready to reproduce. 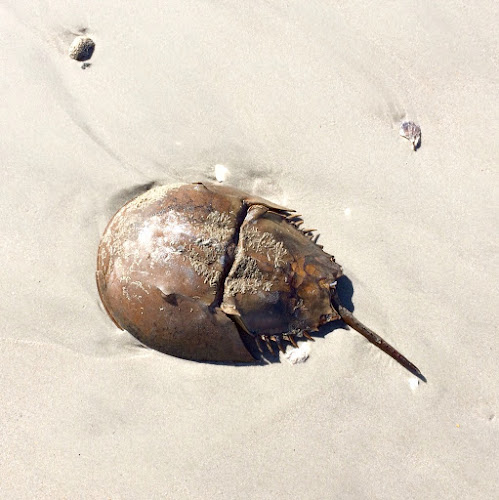 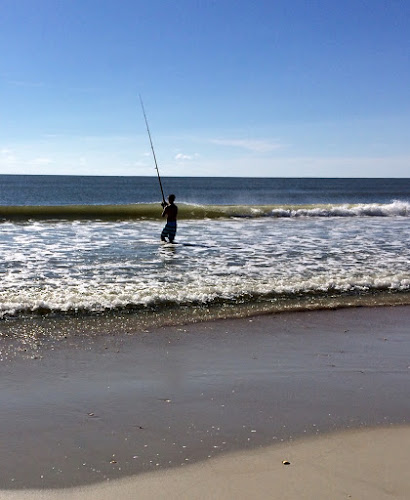 This is a holiday weekend in the States, Labor Day -- sort of the official end of the carefree of summer. Families celebrate with a 3-day weekend of picnics, last days at the lake or the beach, and the children all go back to school on Tuesday.

Posted with Blogsy
Posted by Cynthia at 2:51 PM