The Writer planned a birthday surprise for me on Saturday, a boat trip to see the Georgetown Lighthouse and the wreck of the Harvest Moon, a pre-Civil War steamer, and shelling on a small island in the Atlantic accessible only by boat, appropriately called Shell Island.

It was so much fun! 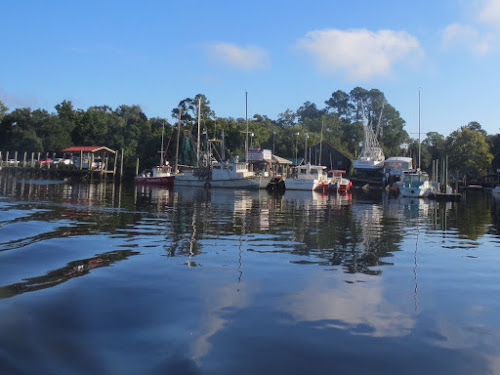 Heading out of Georgetown Harbor you can see the working boats, a shrimp trawler (the rest of the fleet was out shrimping) and the local watercraft tow service, the small red boat to the left. 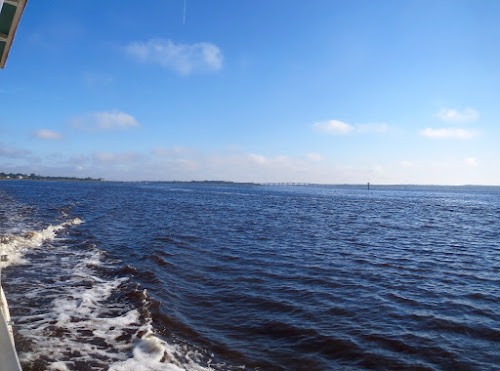 Four rivers converge in Georgetown to become Winyah Bay (the Waccamaw, the Black, the Pee Dee, and the Sampit) and empty in the Atlantic. In the distance is the bridge over the Waccamaw River that takes us out to Waccamaw Neck and Pawleys Island. 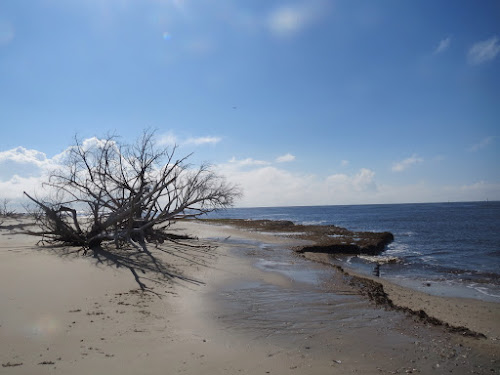 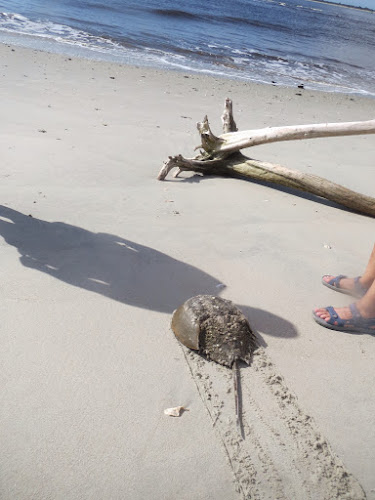 A horseshoe crab scrapes its slow way back to the sea. 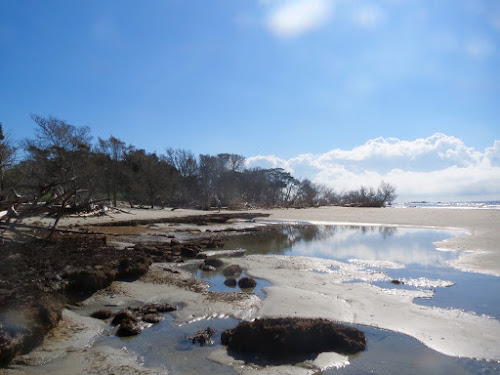 Tidal pools with crabs and other interesting creatures 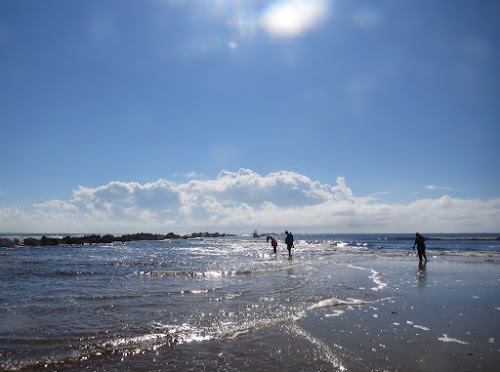 The jetty formed by black granite boulders brought down from New England extends 3000 feet out into the sea and protects the shipping channel into the Port of Georgetown.

The shipping channel was dredged out by steam-powered dredges in the 1800s. The sand that was pulled up created a series of small islands along the channel, including Shell Island.

People in the photo are looking for large shells using their feet to find them in the sand. 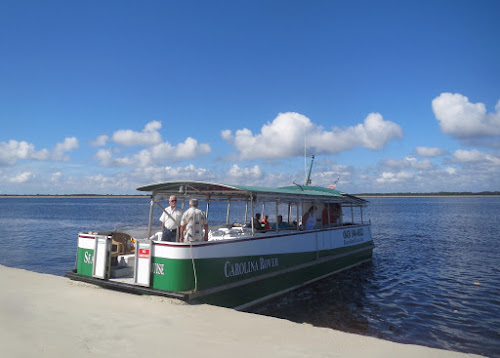 After a 45 minute walk on the beach, we boarded our boat for the trip back. 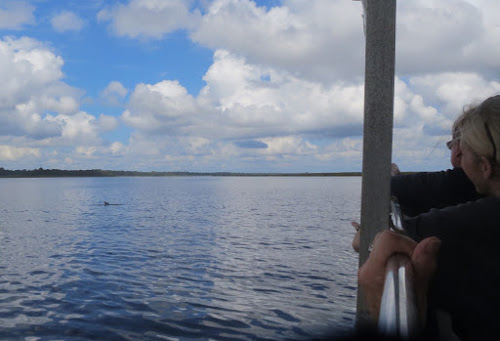 A pod of dolphins followed us for miles. You can just see the fin of one in the photo but there were many more, including a mother and calf that swam right alongside the boat and treated us with great views. 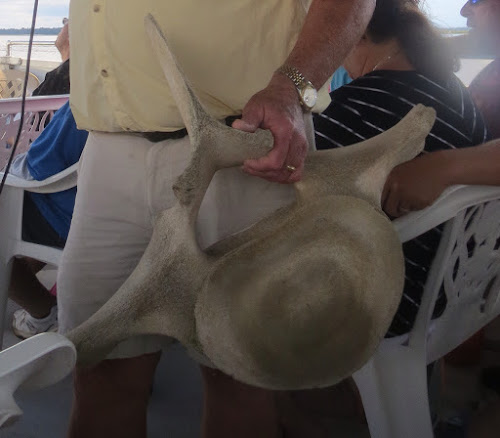 No one on our trip found anything like this. It's a whale vertebrae and was found on Shell Island by someone on this boat a few years ago. 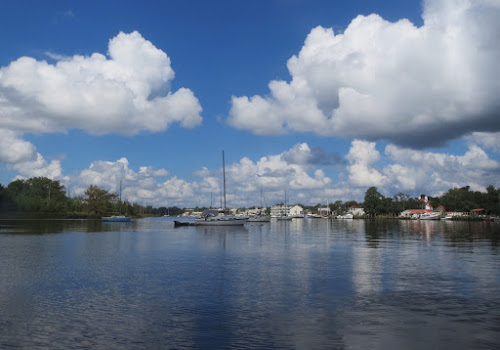 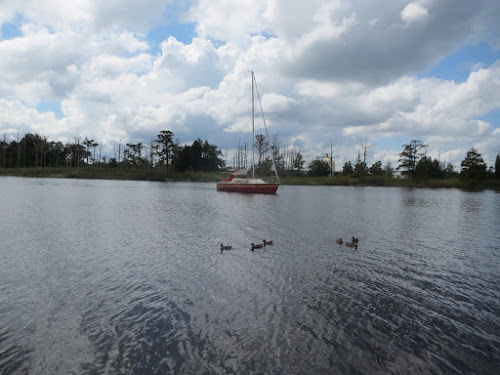 It was definitely worth getting a year older!

Posted with Blogsy
Posted by Cynthia at 2:11 PM