It's an ultralight! Making their way up the coast from Charleston, two planes flew right over our heads as we walked.

Boy, you just never know what you are going to see when you come to the beach. 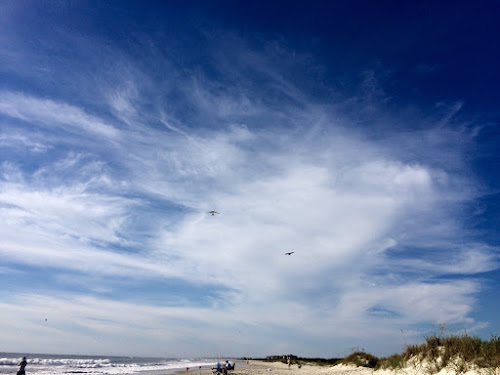 New pilots are "strongly advised," however, to get 10 hours of instruction before taking to the sky. 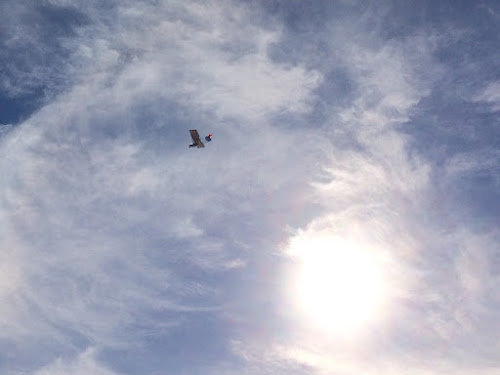 I guess these pilots knew what they were doing, license or no, as they soared gracefully along right over our heads. I would think, though, if you are going to be operating something so flimsy and high in the sky, there would be some training required.

This plane was very patriotic, red, white and blue all over with boxy squared-off wings and the pilot was sitting up. 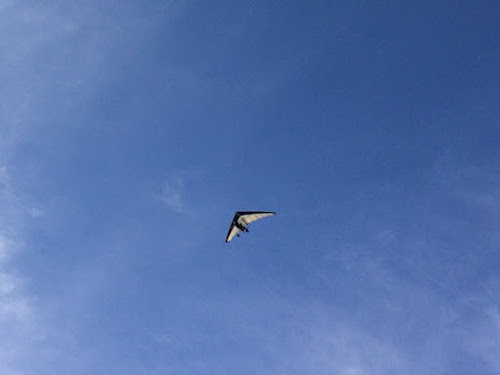 This one was less colorful. sleek like a big bird. Or a paper airplane.

I am not sure, but I think the pilot was lying down in this one.

We have a major hurricane barreling north toward us this week. We are in the "cone of uncertainty," that best guess of the National Weather Service of where Matthew will hit when and if it reaches the US.

We have begun to make some tentative preparations but in the next day or two forecasters will have a better handle on things and we will act accordingly.

Everyone hopes that it will make a right turn when it hits the Gulf Stream and veer away from the East Coast entirely, blowing itself out over the Atlantic where it will hurt no one.

Posted with Blogsy
Posted by Cynthia at 2:00 PM