The show must go on, as they say. 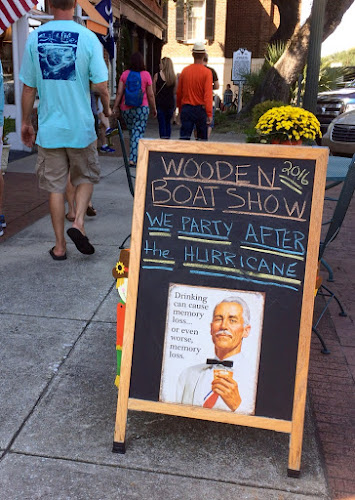 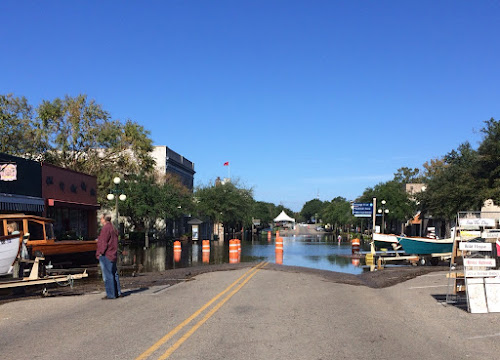 Even if the main streets of town are still flooded at high tide, organizers decided that the 27th annual Wooden Boat Show in Georgetown would proceed as planned last weekend.

Parking was at a minimum because of water and downed tree debris but a whole lot of people found a way to make it downtown.

We all needed some fun after a long week of cleaning up after Matthew left us. 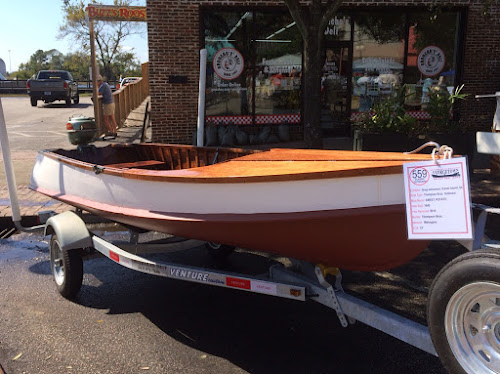 Sweet Potato, a classic outboard, was built in 1943 and restored this year. It doesn't look like much until you get up close and look inside ... 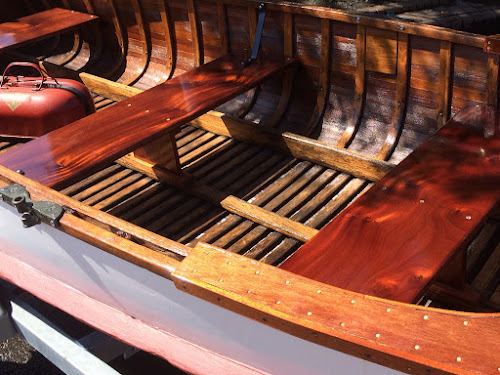 Look at that gorgeous wood! Sweet Potato is made of mahogany.

The 1940s motor and gas can are also authentic. 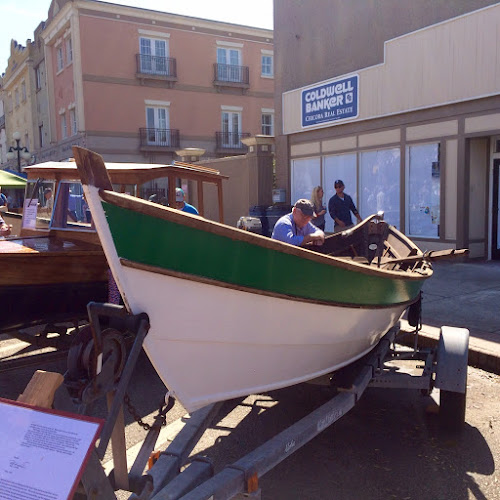 Don't you wonder what the old gentleman leaning on the boat was thinking?

This Grand Banks dory was displayed with a letter from its previous owner. 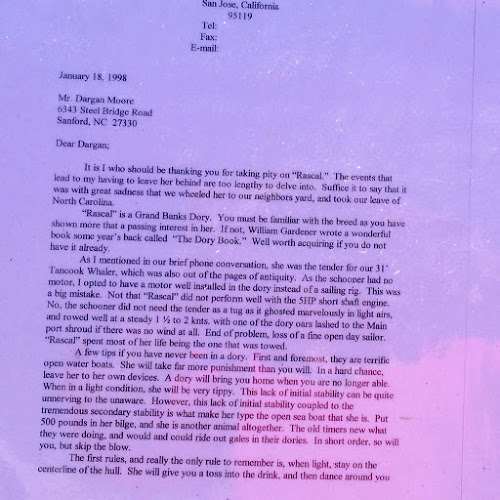 The writer says her name is Rascal and she was a tender for a Tancook Whaler. He expresses his "great sadness" at having, due to "circumstances", to abandon her with a neighbor when he had to leave North Carolina. He goes on to tell the new owner how to handle her quirks and use her strengths to his advantage, as well as to thank the new owner for taking on her restoration.

Grand Banks dories were used since the 1850s as fishing boats in Newfoundland so I am wondering if Rascal began her life there before making her way south to become a tender. A Tancook Whaler was a 3-masted working sailboat used in Nova Scotia beginning in the 1850s.

My dad was a woodworker and he would have loved the craftsmanship on some of the handmade boats displayed. This is a kayak and every join was a work of art. 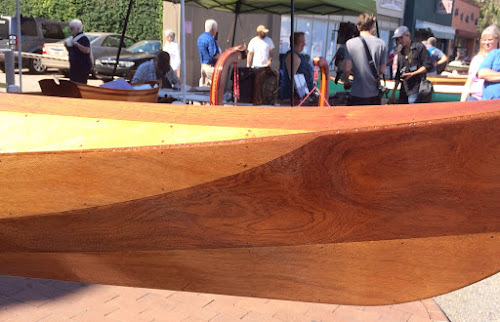 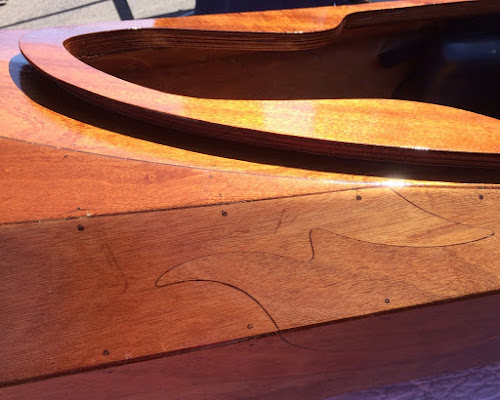 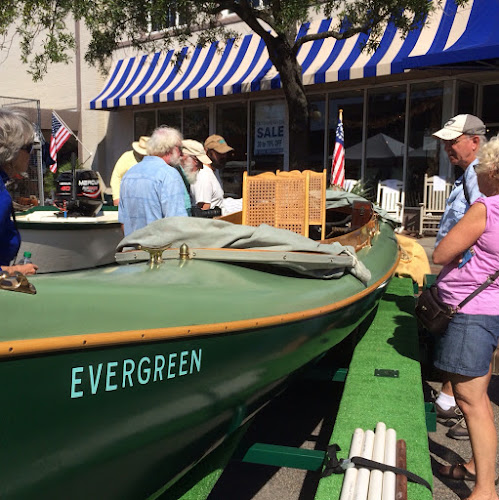 The Evergreen is a motorized canoe built in 1910. A luxury canoe decked out all over with brass and upright caned seats. 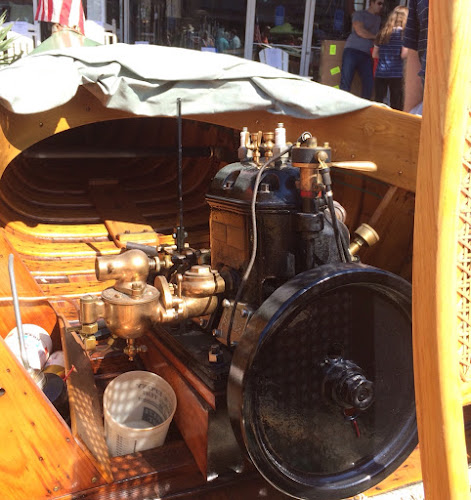 Can you imagine how heavy it is? 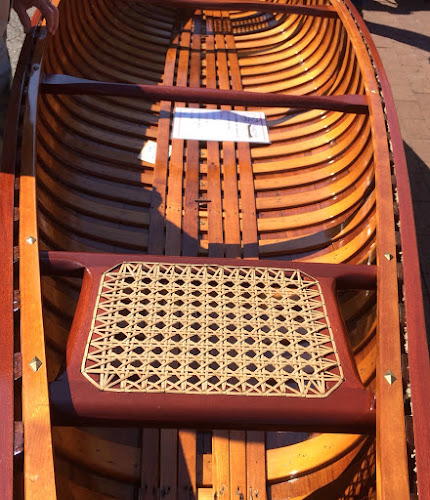 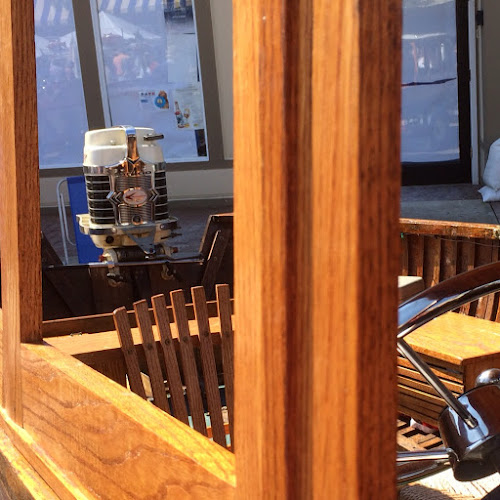 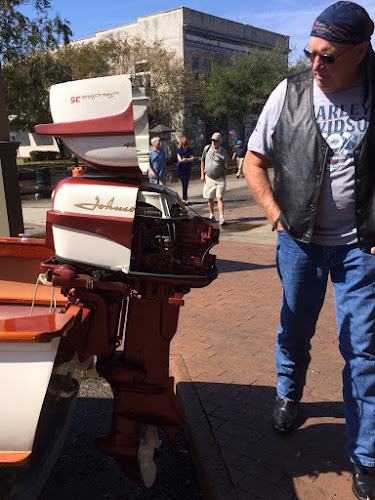 I'll be back with more photos of the boats on the harbor.

Posted with Blogsy
Posted by Cynthia at 12:37 PM