The beautful natural beach which is part of a state park reopened yesterday for the first time since the hurricane. Pawleys is still closed and a big mess; no predictions as to when that will be open. (All of the beach in South Carolina is theoretically open to the public but parking space is rare. There are No Parking signs everywhere and tickets are handed out to violators.) 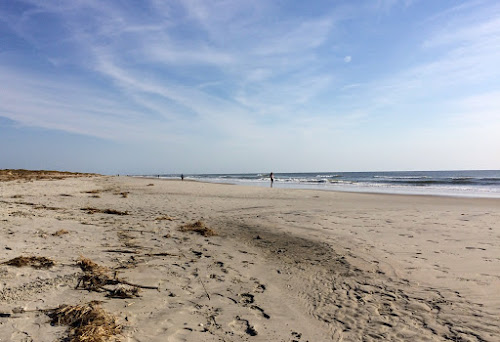 Anyway, when Huntington Beach reopened yesterday morning, we were among the first to hit the beach.

Oh, it felt good to be back!

The dunes have been reduced significantly and there is plenty of debris, driftwood, and even some nice shells (although this area doesn't have such pretty ones as, say, Florida). It felt wonderful to be walking on sand again. 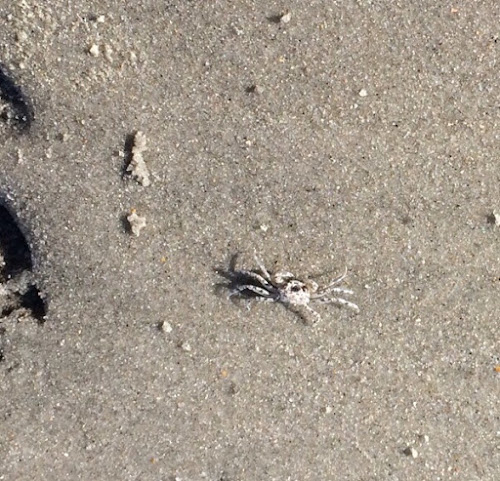 Lots of these little guys scurrying everywhere, ghost crabs smaller than my thumb nail. This one had a good look at me and let me take his photo before disappearing down one of the many holes he has built.

Ghost crabs are transparent. That is the sand you are seeing through his body. 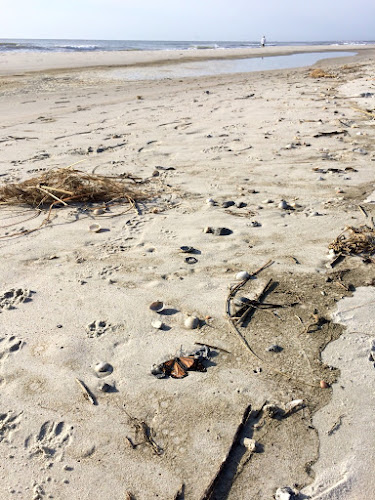 We often see monarchs flying along the beach and wonder how something so fragile and light can stay so steady in the wind, why they aren't blown out to sea.

This one didn't make it through the storm. 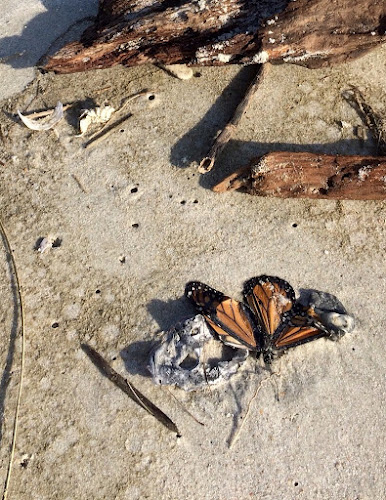 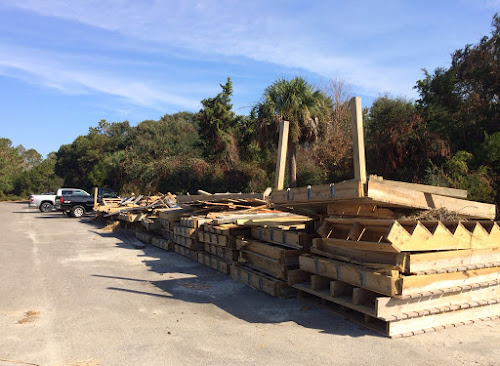 You can see how hard at work park employees have been during the three weeks since the storm. This is all damaged walkway decking from the dunes, broken up by the force of the water and piled in the parking lot, waiting to be hauled away. There are also many, many large downed trees, cut up just enough to remove them from roads and paths, throughout the park.

We had been cooped up in the university hospital in Charleston for two days while The Writer had a "little problem" with his heart worked on.

We were so happy to be out of there, back home, and back at the beach.

Posted with Blogsy
Posted by Cynthia at 11:20 AM