Overlooking the Eurostar trains as they come into St. Pancras Station from Paris is this enormous 30-foot statue titled "The Meeting Place."

The artist, Paul Day, says he created it to show the meeting of the two cultures, French and English, brought together by the new high speed trains.

I found the bronze frieze around the base even more interesting. It is in the same style of his Battle of Britain memorial on the Embankment that I like so much.

I'll let you look at some of the scenes and interpret them yourself. 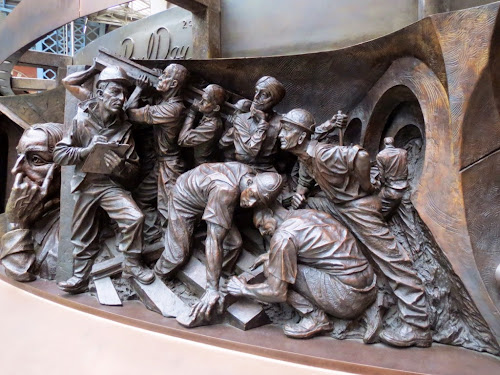 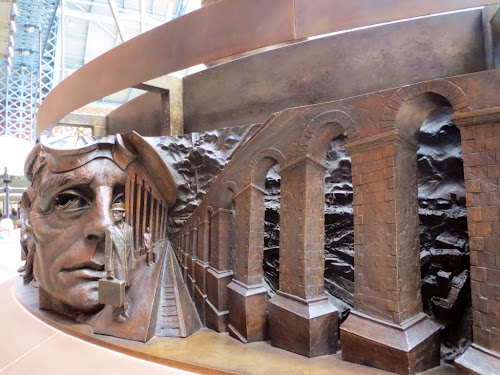 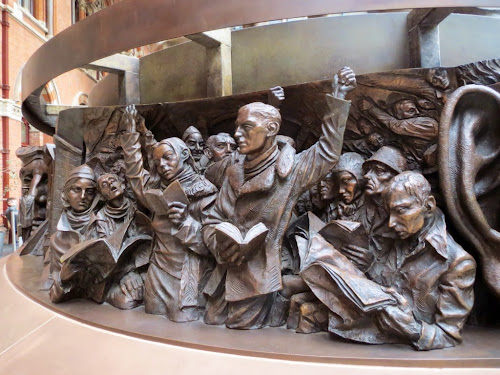 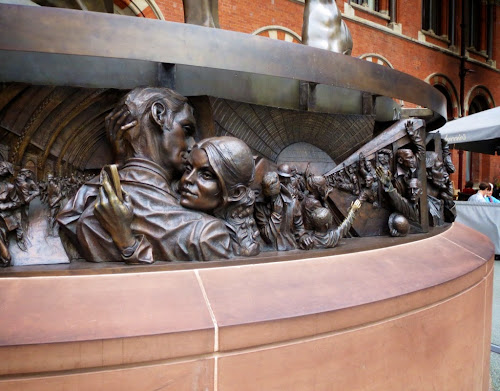 My favorite. I don't think she is quite as into him as he thinks!