Kensington Palace has four exhibits and I'll show you the first one today, the apartments of first Princess Victoria when she was a child and then later of her family when she became queen. The photos aren't the greatest because no flash is allowed, but most places don't even let you take photos so I was quite pleased to have any. 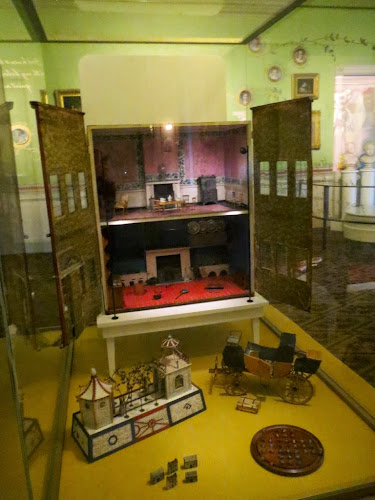 Victoria was born in this room in 1819. Some of her toys are on display, including this beloved dollhouse.

A dress she wore at age three, and a music box birdcage below it. 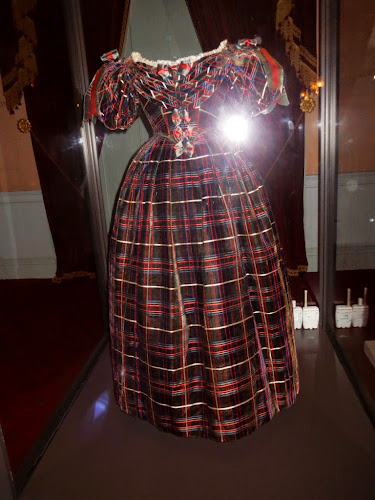 Instead of raising her daughter where she would have taken part in court functions from a young age and learned how to be a queen, her over-protective mother isolated her at Kensington with no friends and little to do. (When she became Queen, she had her mother exiled to distant apartments at Buckingham Palace, obviously angry with the way she had been treated as a child.)

She was allowed to read her first novel at the age of 18, a tragic romance by Sir Walter Scott set in Scotland. She chose this frock with her newfound interest in all things Scottish. The dress is tiny, since she was less than five feet tall. 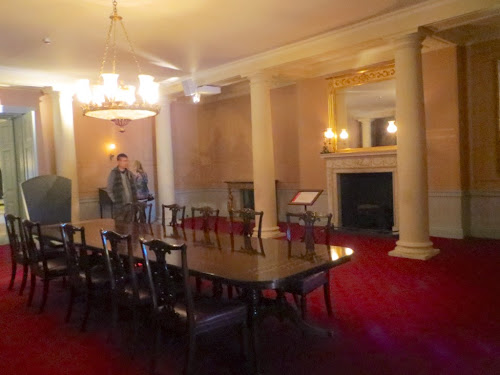 At the age of 18, the king died and Victoria, with no preparation, was suddenly Queen of England. She was told of his death and almost immediately came downstairs to preside over the affairs of state in this room, at this table, for the first time. 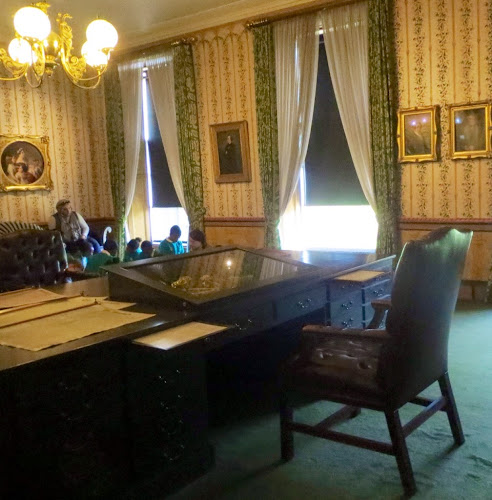 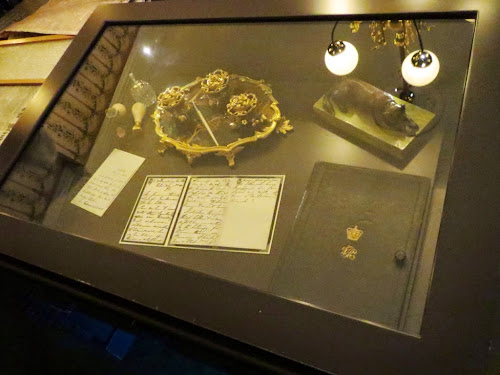 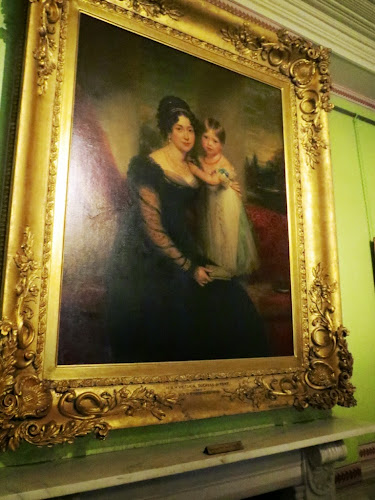 Young mother, young queen. Victoria fell head over heels in love with Prince Albert from Germany. After four days together at Kensington Palace in 1839, she asked HIM to marry HER! Their many letters to each other are on display and are very touching. They had nine children. 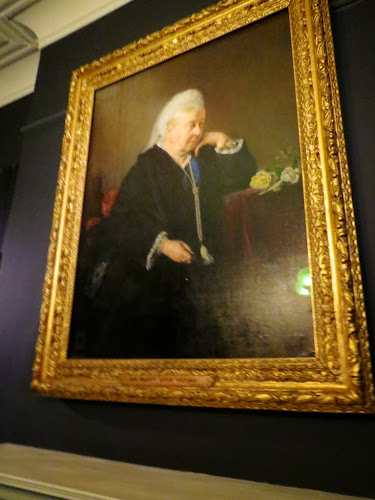 And, as she is more frequently pictured, a much saddened widow after the death of her beloved husband, age 42, from typhoid. She remained in mourning clothes for the rest of her life.

Posted with Blogsy
Posted by Cynthia at 10:12 AM