It was such a beautiful day today we packed a picnic and headed for the Savannah National Wildlife Refuge to see some birds. We were not disappointed! 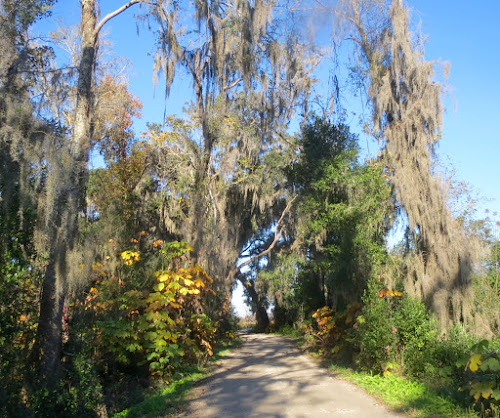 This refuge is part of the 30,000 acres of land set aside along the Savannah River, which in turn is a part of the Atlantic Flyway, traveled by 50 species of birds every spring and fall.

Birds pass through every day from Up North on the way to their winter homes. We had a loon on the water in front of the house this morning.

Most of the land in this section of the refuge used to be rice fields, part of the agricultural economy of the South tended by slaves. 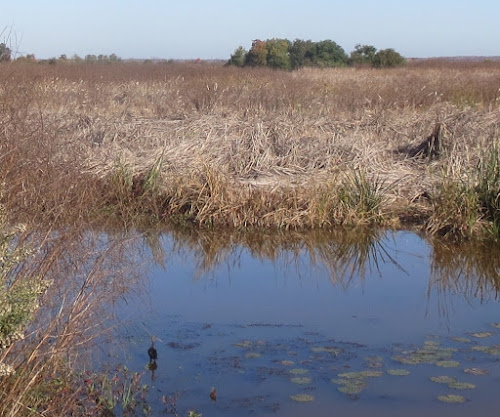 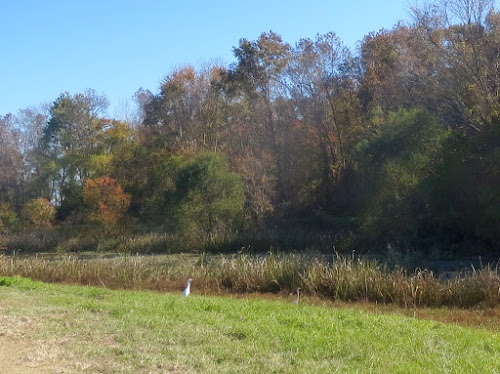 There were great flocks of egrets and herons feeding everywhere, too far away for photos but we enjoyed them through my birding scope using the car as a blind. 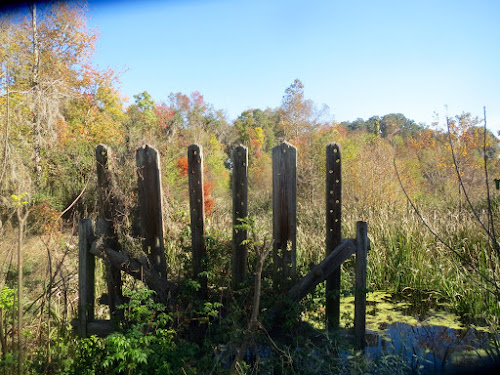 Gates like this allowed rice growers to let water in and out of the fields as it was needed.

Now the same gate system is used to control water to benefit the wildlife that lives here and migrates through. 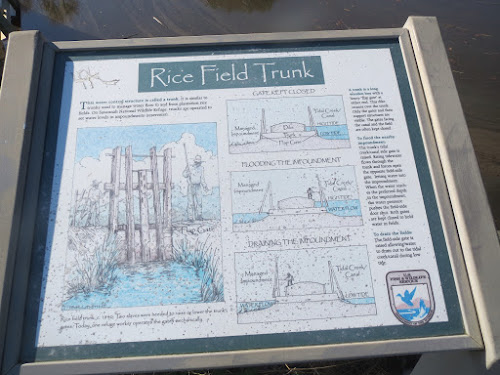 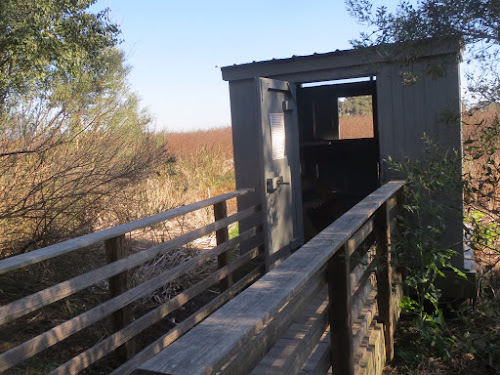 Blinds are available on trails for photographers and birdwatchers to observe the birds. The opening in the photo is just one of several at different heights that can be opened and closed.

I was disappointed that there was nothing to sneak up on for a spectacular view at the time we were there. 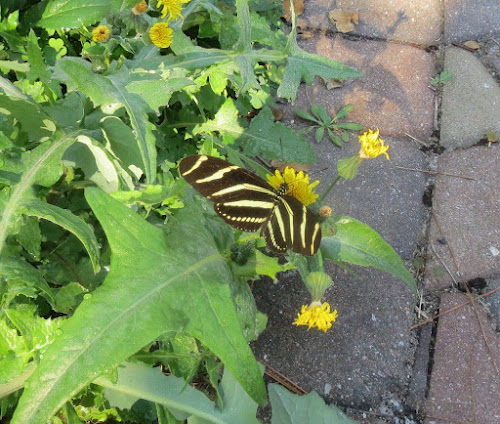 Birds weren't the only winged species flying around.

I don't have a picture but the mosquitoes were taking advantage of the nice day, too! 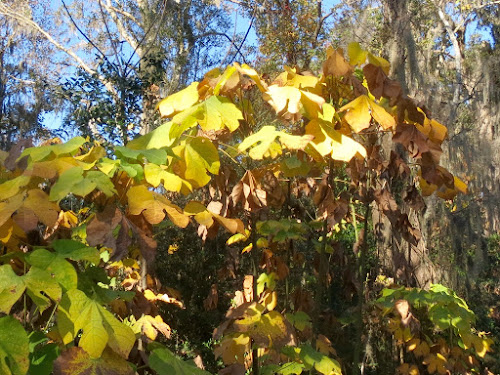 Autumn colors have finally come to the LowCountry! The reds and yellows of the hardwoods are just gorgeous. And just in time for Christmas!

I don't know what these trees In the understory are, but the leaves are huge, eight or nine or more inches across. 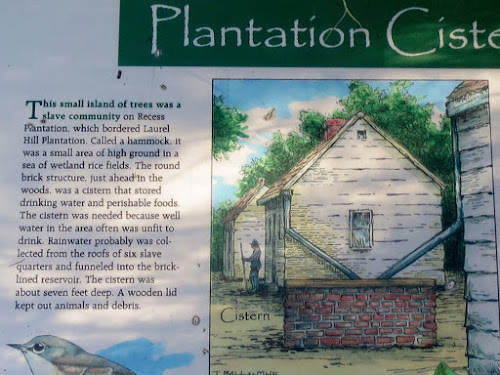 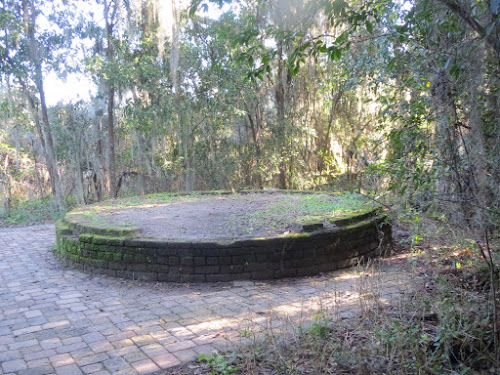 The water cistern for one of the communities that worked the rice fields for the wealthy plantation owners, who lived in fine houses in Savannah.

And just when we had almost completed the trail and despaired of seeing any of these today ... 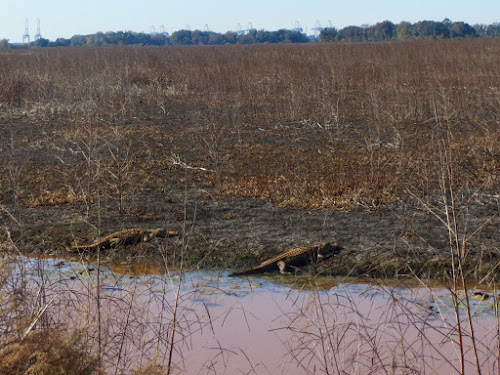 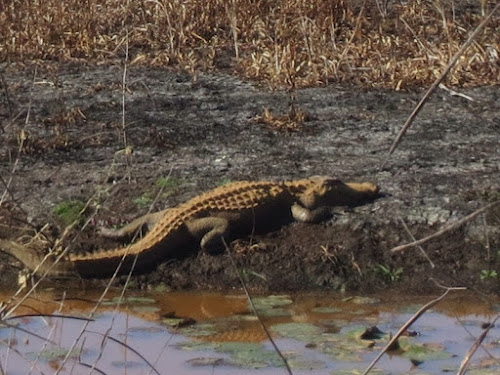 If you are wondering why they are reddish brown instead of the usual gator gray-green, it's because these two young ones have been recently building their winter burrows in the red brown mud. They just came out to soak up some sun and warmth before getting back to work.

Posted with Blogsy
Posted by Cynthia at 2:07 PM