Outside the Chapter House at Westminster Abbey is a simple door. You might not give it a second look if it didn't have an obvious sign in front of it. 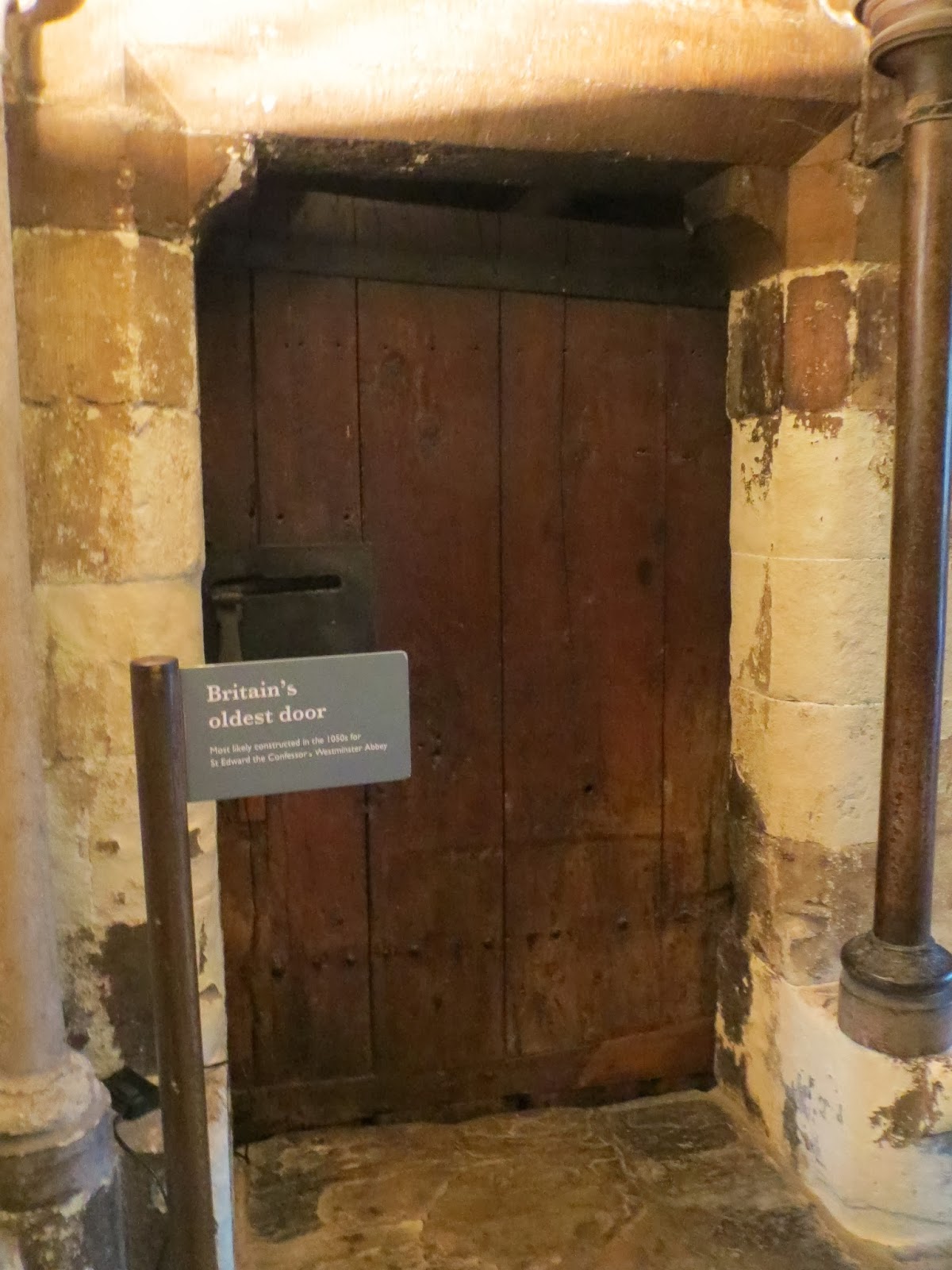 For nearly a thousand years, the door has opened and closed on business of life in Westminster Abbey.  It is Britain's oldest door, and the only Anglo Saxon door still in existence.  It was placed here during the reign of Edward the Confessor, founder of the church, in the 1050s.
The heavy door is made from one oak tree which experts say grew between AD 924 and 1030.  It is 6 1/2 feet high (shortened from an original 9 feet) and 4 feet wide, and made in five panels.
At one time the door had a leathery cover which for many years was thought to be of human skin.  Supposedly someone committed a crime within the abbey in the Middle Ages, and his skin hung on the door to deter others with similar inclinations!  After modern tests, the fragments were found to be cowhide.
The door opens into the vestibule of the Chapter House where monks met to pray and discuss the day's work in the 13th century.  Parliament met in the Chapter House in the 14th century, and now religious documents are stored there.

When the Abbey was rebuilt by Henry III (who felt it wasn't grand enough!) in the mid-1200s, no expense was spared and nearly everything was replaced . . . except, for some reason, this simple door.  No one knows why this door alone remains.
If for no other reason, maybe as witness to those who have come to this place for almost a thousand years with their prayers, petitions, hopes, and fears, commoners and royalty, the exultant and the bereft, to find solace, and to feel a little closer to heaven.


Thank you for reading my blog.  I love to read your comments and will make a visit to your blog in return.

Joining Our World Tuesday at http://ourworldtuesdaymeme.blogspot.com/