"For the born traveller, travelling is a besetting vice.  Like other vices, it is imperious, demanding its victim's time, money, energy and the sacrifice of comfort."
Thomas Nashe
Well, I think that describes me.  I had worked and saved my money for several years before my first solo trip abroad in the fall of 1979.  I traveled the UK for three months, hiked much of Hadrian's Wall, crossing England east to west in the North, and made my way over most of the miles between Land's End in the south and John O'Groats on the north coast of Scotland.  I also traveled for a month in Ireland and Northern Ireland. What an adventure it was! 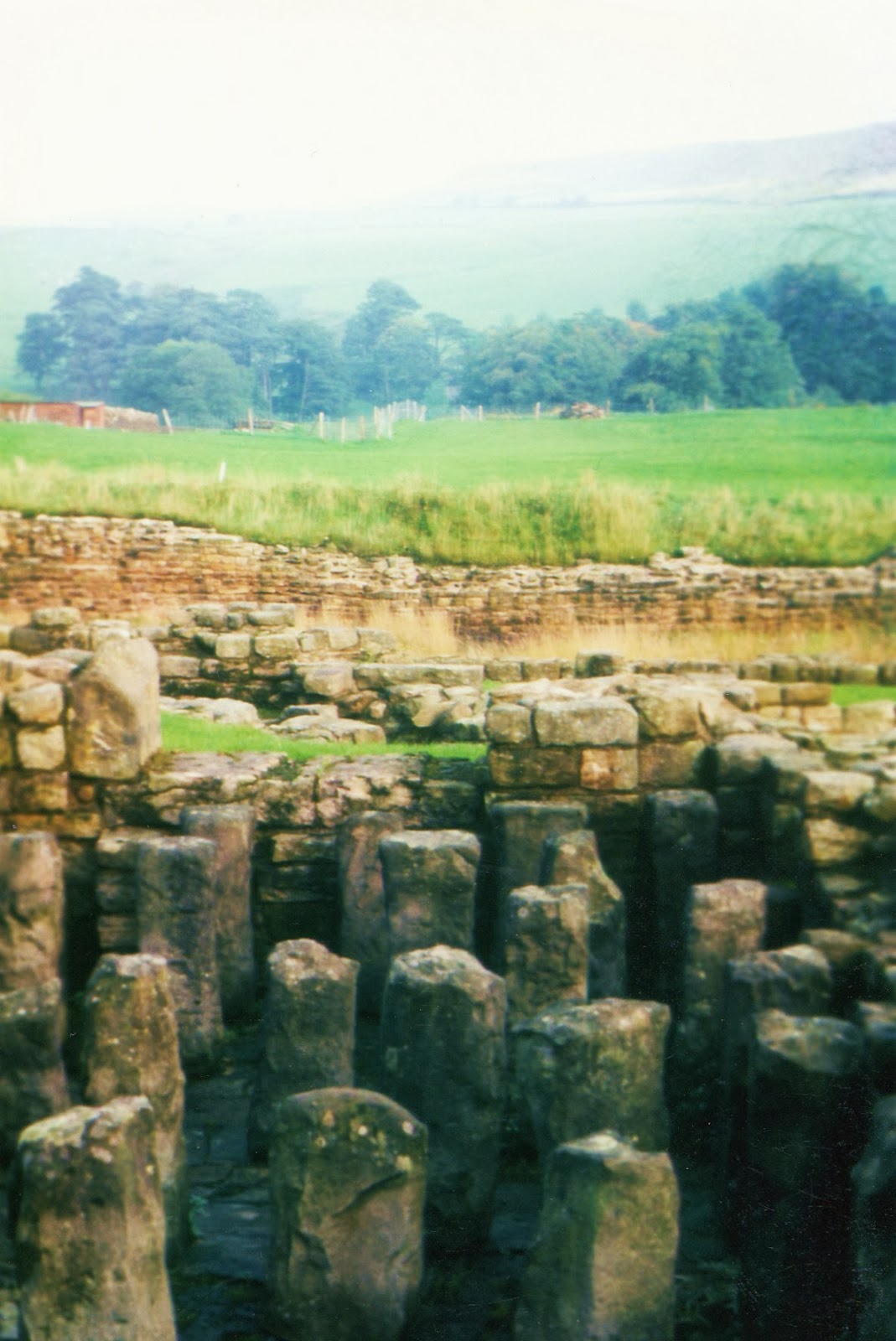 I flew into London where I bought a bus pass that allowed me to travel all over the UK, but much of my travel was on foot.  I slept and ate in Youth Hostels and carried a far-too-large backpack with my belongings.  My first stop was Hexham, where I began my walk on Hadrian's Wall. This bit is Vindolanda, a Roman fort built in 80 AD. 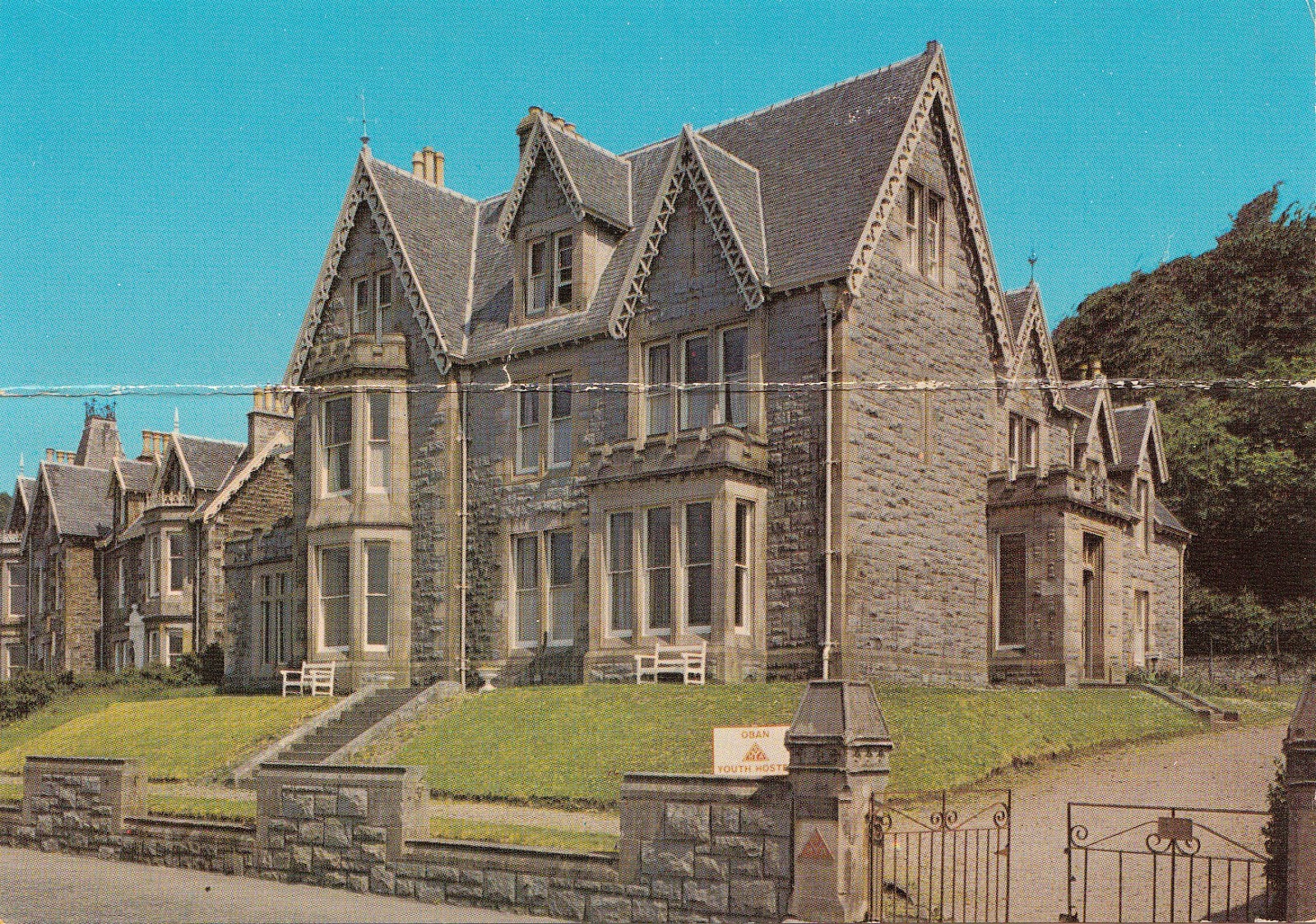 The hostels I stayed in were amazing.  This one, right on Oban Bay in Scotland, was filled with beautiful details of colored and etched glass, a few feet from the sea with a gorgeous view. 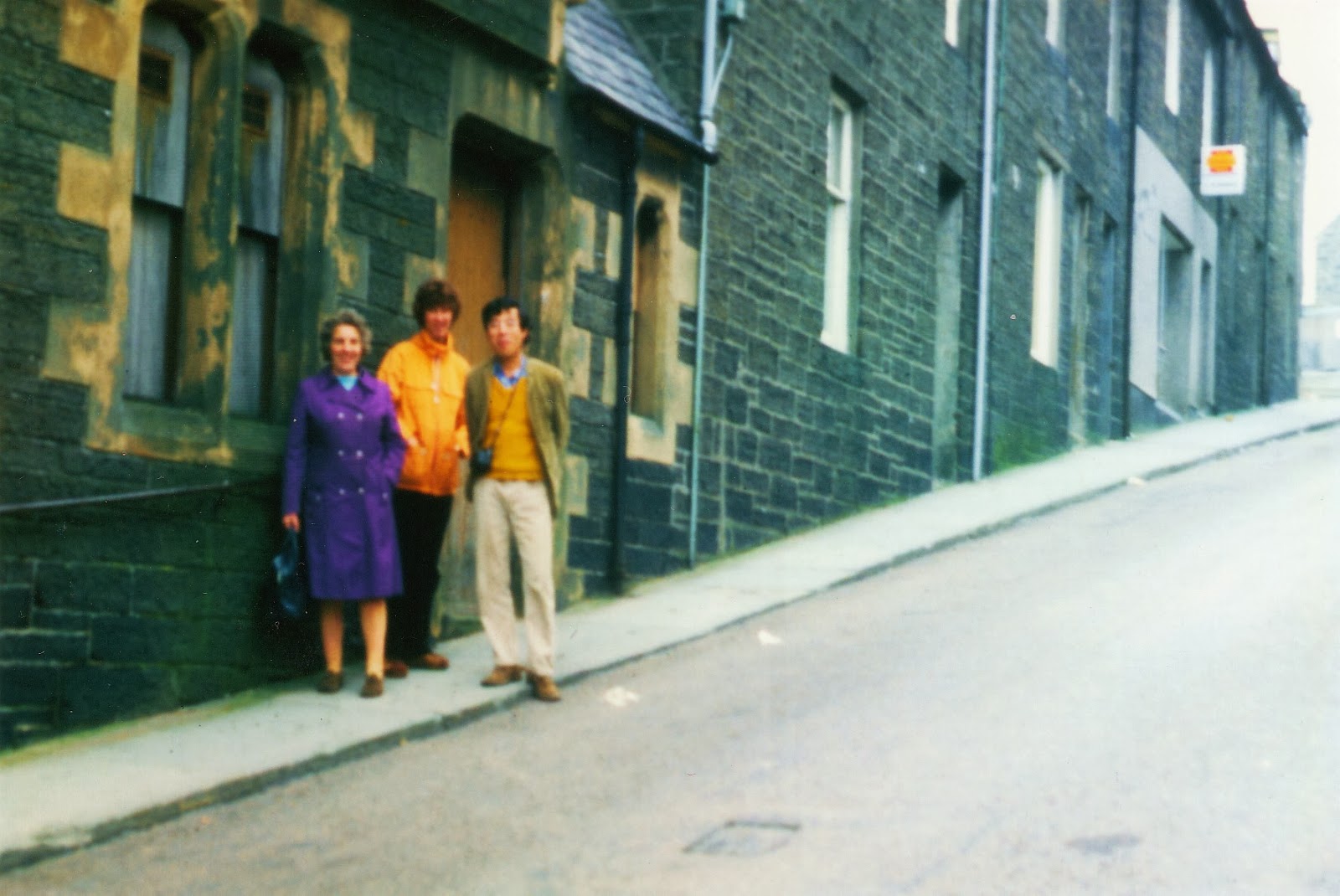 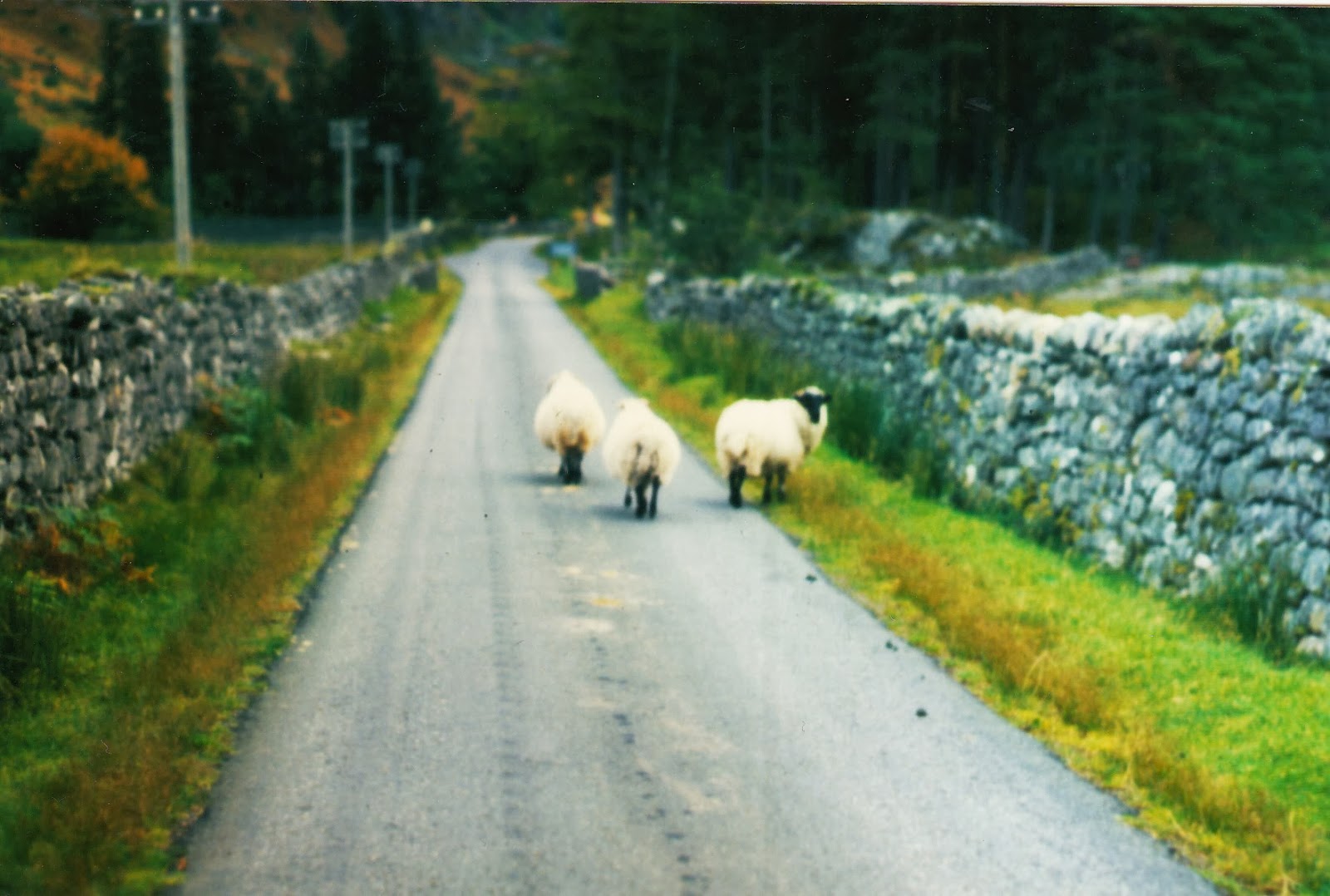 Walking alone, heading north for John O'Groats, there were more sheep than people... 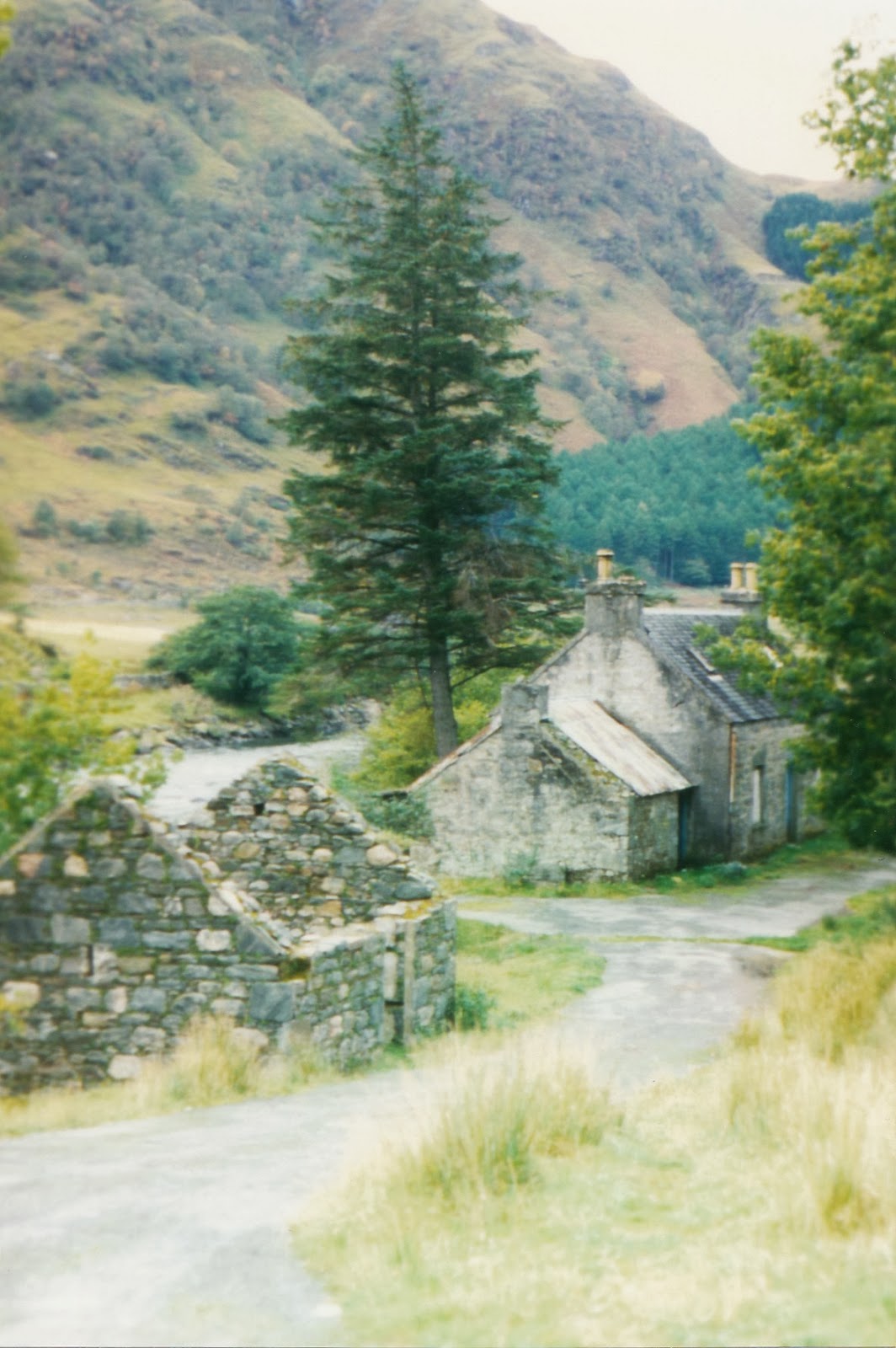 and such glorious scenery.  I wrote in my journal, "Blackberries, a cat to pet, chickens, a pony I fed cookies, black and pink rocks, mustard colored lichens--the photos I would take are huge, too big for a camera, filled with smells and winds and sounds.  10-14-79"
I didn't quite make it to John O'Groats. I ran out of food, youth hostels, and transportation (my boot and sole parted company), and had to turn back. 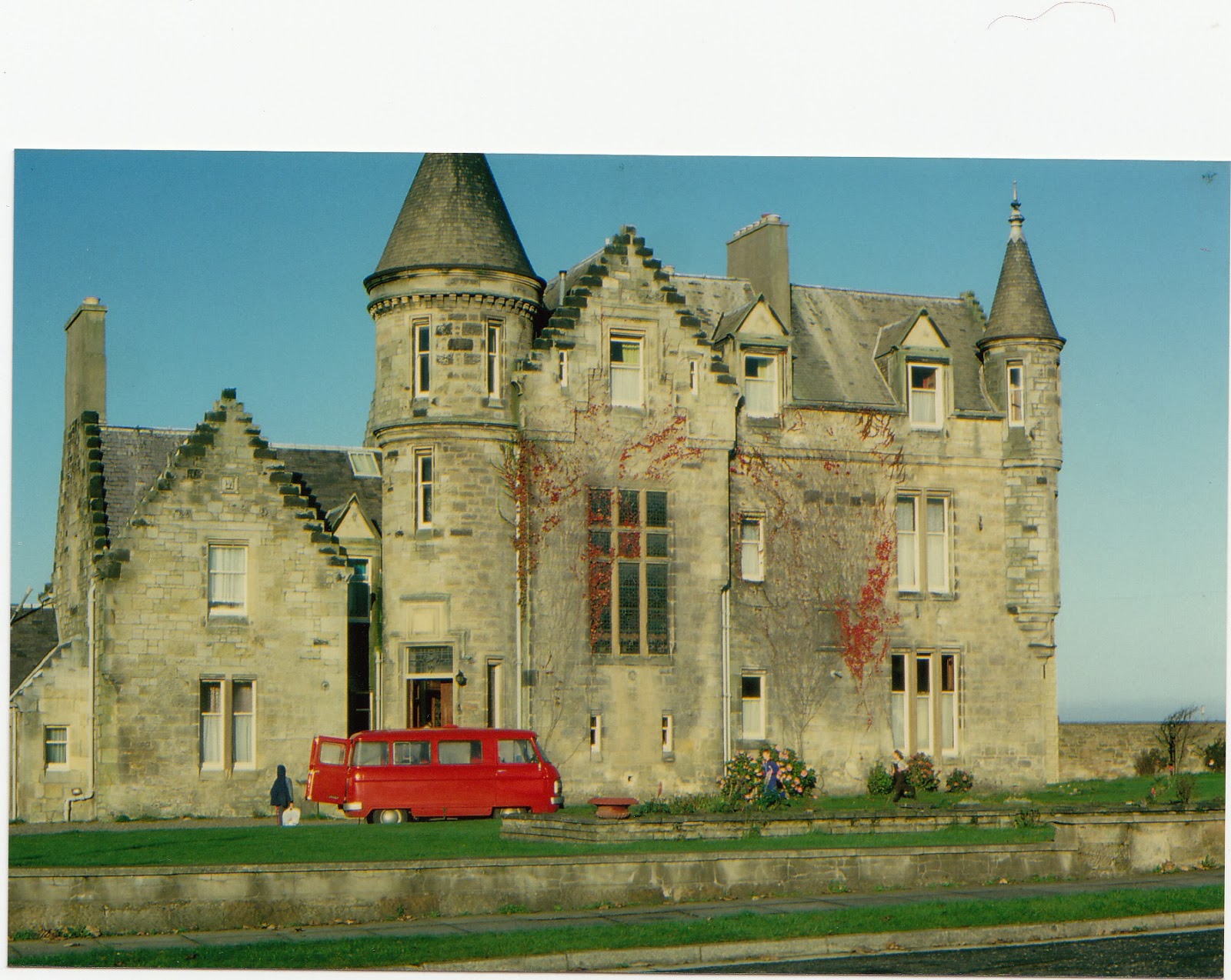 Another beautiful hostel, this one in Ayr, Scotland, with stained glass, leaded glass, an archway inside with panels of beautiful paintings, wood parquet floors.  Why would anyone stay in a hotel?  Well...there is the noise....
At the end of October, I took an overnight ferry from Stranraer in Scotland to Belfast, Ireland.  I'll finish the rest of the journey in another post.
If one has travelled, "...wherever one is, some part of oneself remains on another continent."  Dame Margot Fonteyn
And so, a piece of my heart remains forever in England, Scotland, and Ireland!
Posted by Cynthia at 9:48 AM