The Russian Romanovs seems an unlikely subject for me to be interested in, and truthfully, I wasn't.  Much.  But yesterday I had an opportunity to see an exhibit at the Museum of Russian Art in Minneapolis and I decided to go for it.  I'm glad I did!  The docent tour was an hour and a half long, during which we moved 30 feet.  So many interesting stories, and there's nothing I like more than a story.
No photos allowed.  That always irks me.  If I paid my money, I want some memories.  My brain doesn't store them as well as it used to (my theory--and I'm sticking to it-- is, it's getting full!), so I need photos to help me out. 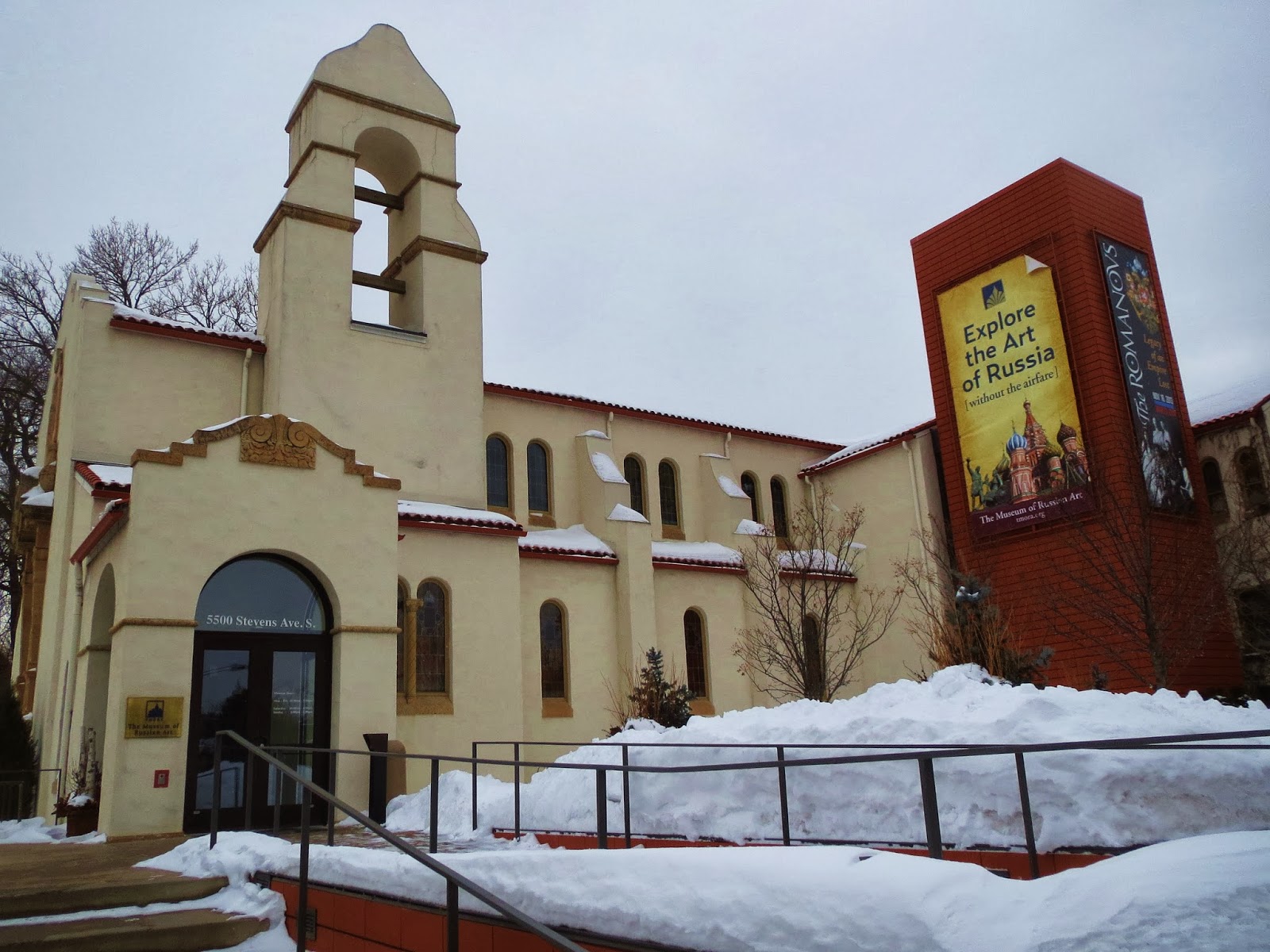 Here is the museum.  It's in an old, outgrown church that looks nothing like other churches in Minnesota.  I think it's called mission style. 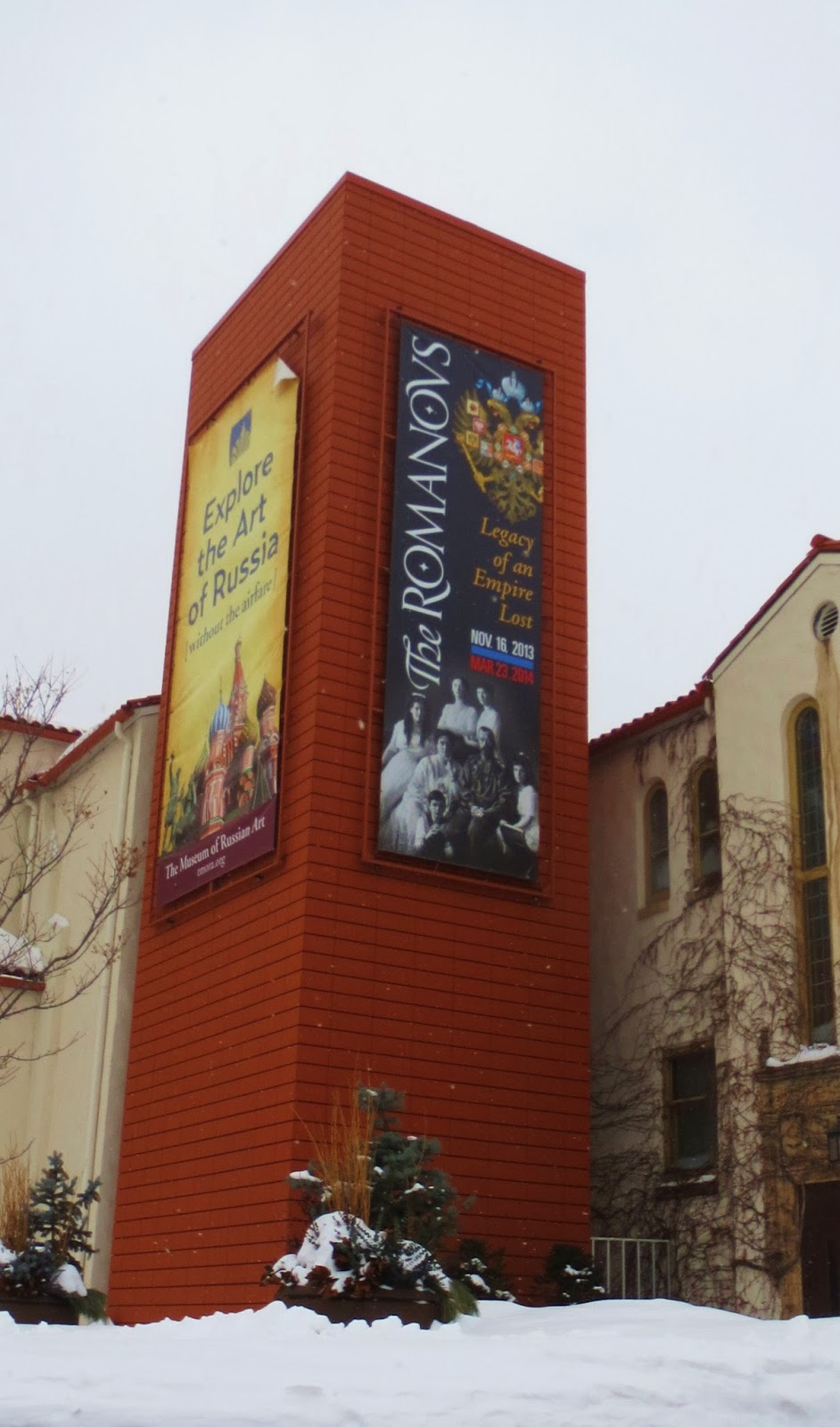 This is the marquee for the exhibit.  It says, "The Romanovs, Legacy of an Empire Lost," with a photo of the last Romanov czar and his family.

Yup, that's the family that was murdered, their bodies mysteriously lost for many years.  And several funny old ladies over the years have claimed to be the youngest daughter, Anastasia, still alive and ready to resume her rightful place in history. 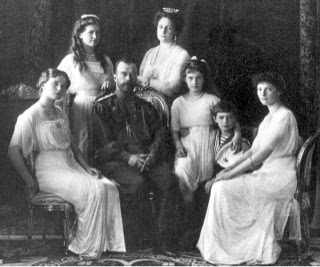 Of interest to me were some items found in a cave in the forest where the Romanovs were secretly buried.  These include the false teeth of the doctor who was executed by the Bolsheviks along with the family.  A single earring belonging to Mrs. Romanov and a few other things were also found in the cave. Another moving display was some of the clothing of the beautiful young daughters on a manikin, including a handmade slip with initials sewn into the waistband.  That made the sadness so real to me, almost as if you could reach out and touch the girl who lost her life so tragically young. 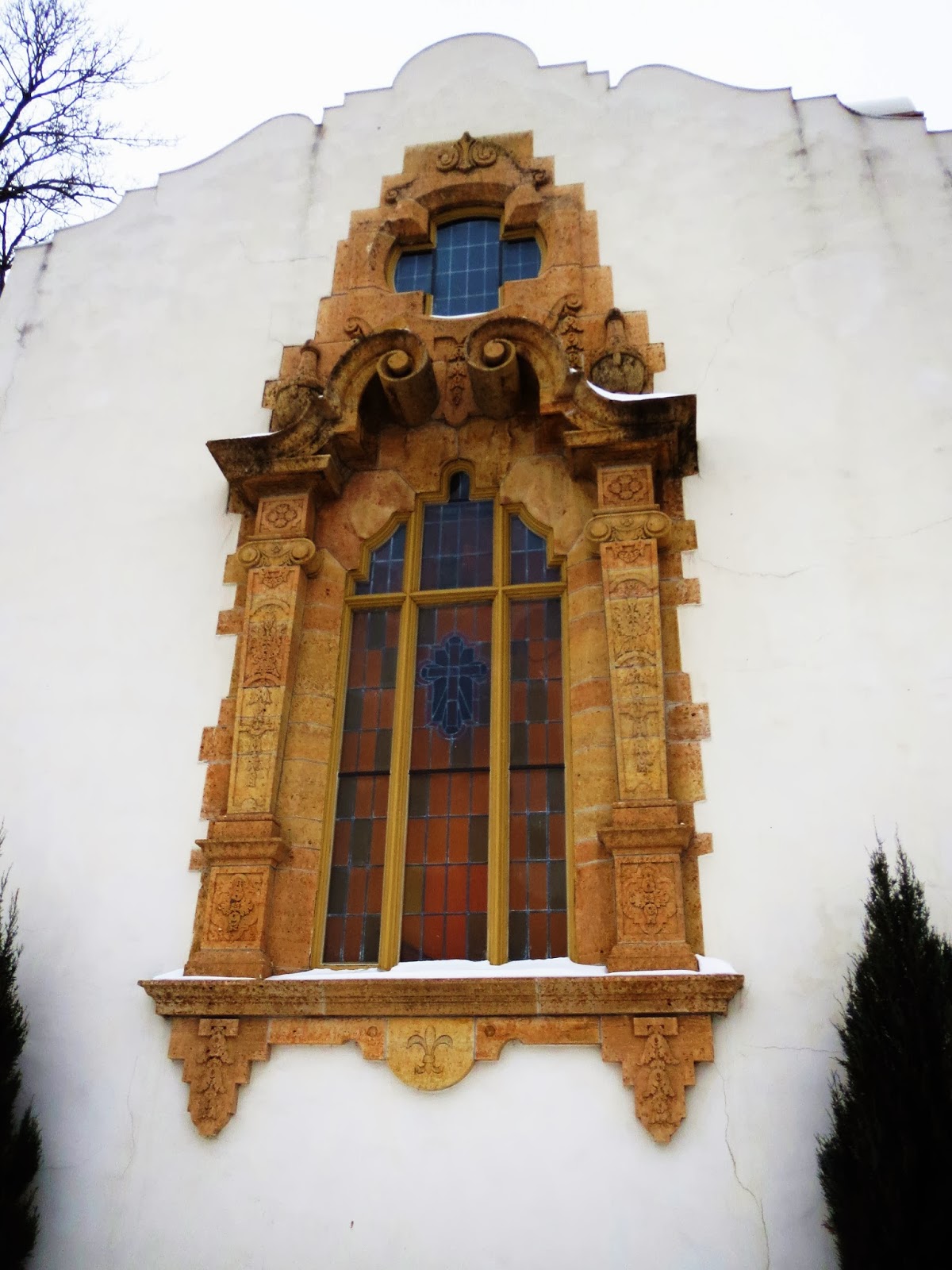 I'll leave you with this beautiful window I spotted on the side of the museum.  I bet the amber and blue colors are gorgeous when lit up and glowing from the inside.
Thank you for reading my blog.  I enjoy reading your comments.
Posted by Cynthia at 10:21 AM