Northfield, Minnesota, is known for having their little bank robbed by the infamous Jesse James, American gangster, bank robber, and murderer, on September 7, 1876. The event is commemorated in a small museum and a re-enactment of the robbery every September. 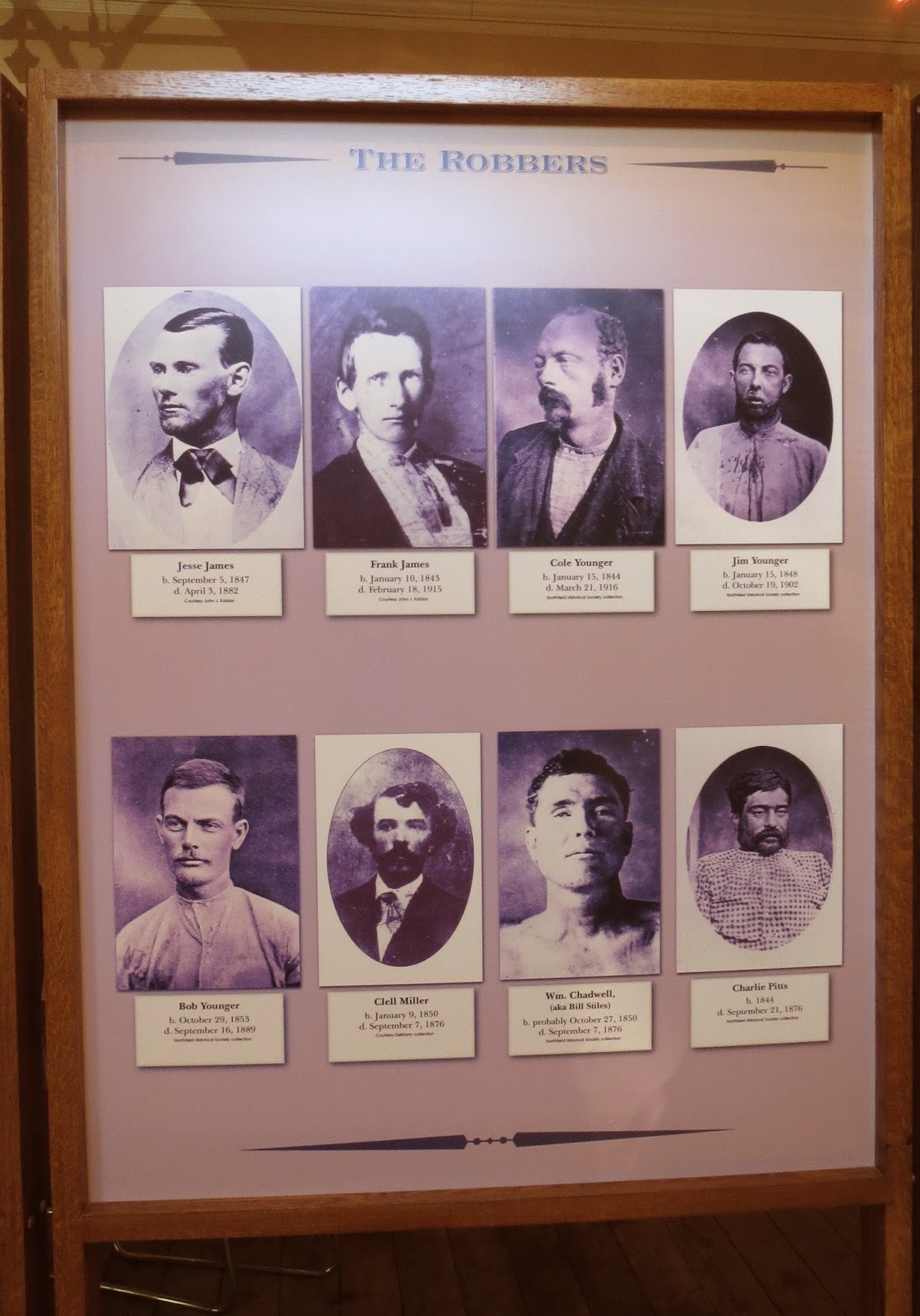 Jesse James and his brother Frank got their start as Confederate guerrillas during the Civil War, responsible for atrocities against Union soldiers. After the war, they were joined by other infamous outlaws to rob banks and trains and terrorize the Midwest. 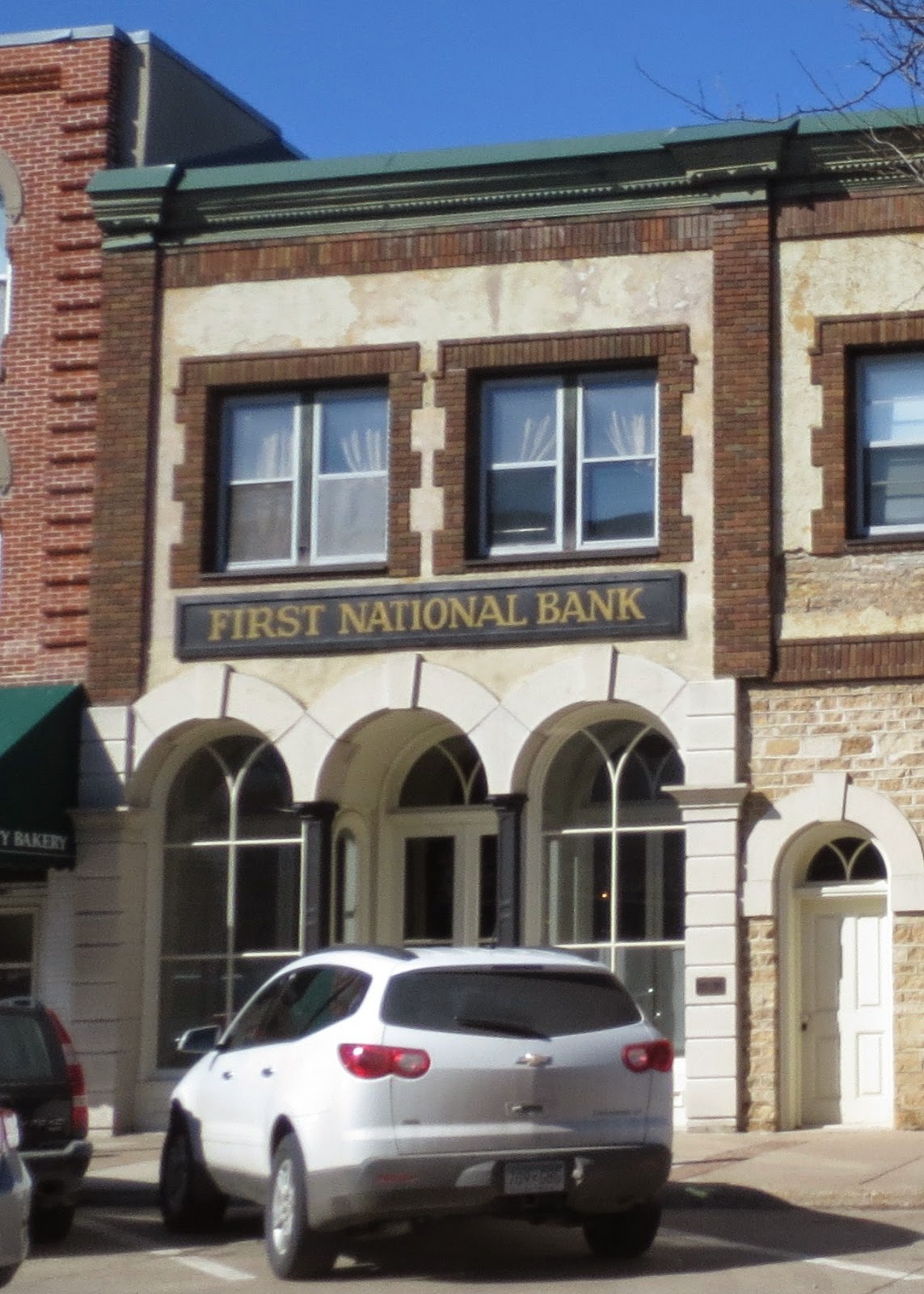 The day they rode into tiny Northfield was the beginning of the end of the gang's 10-year crime spree.  They thought the bank was loaded with money, but they were wrong. 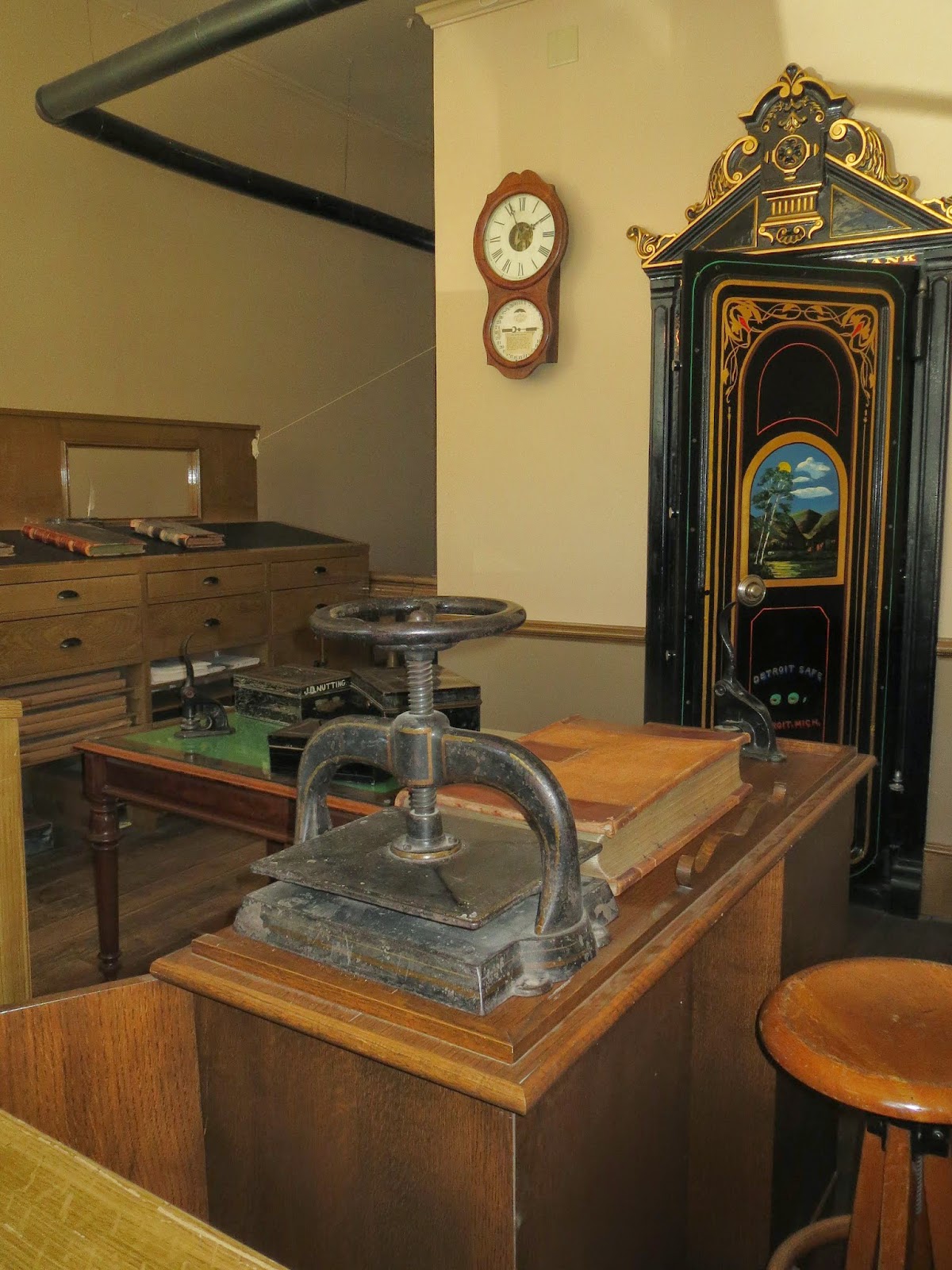 Part of the gang entered the bank, killed a cashier and made off with a bag full of nickels. 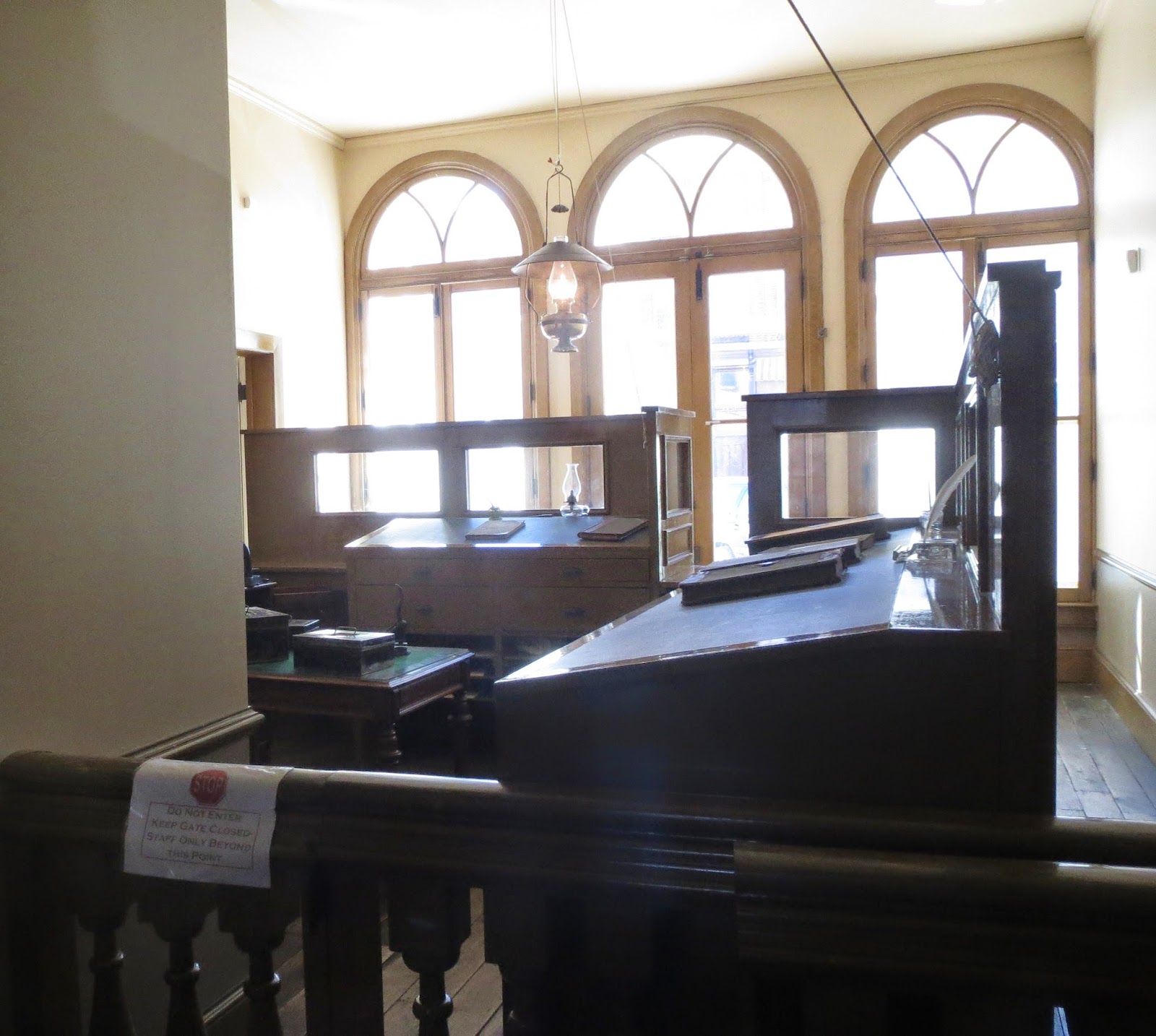 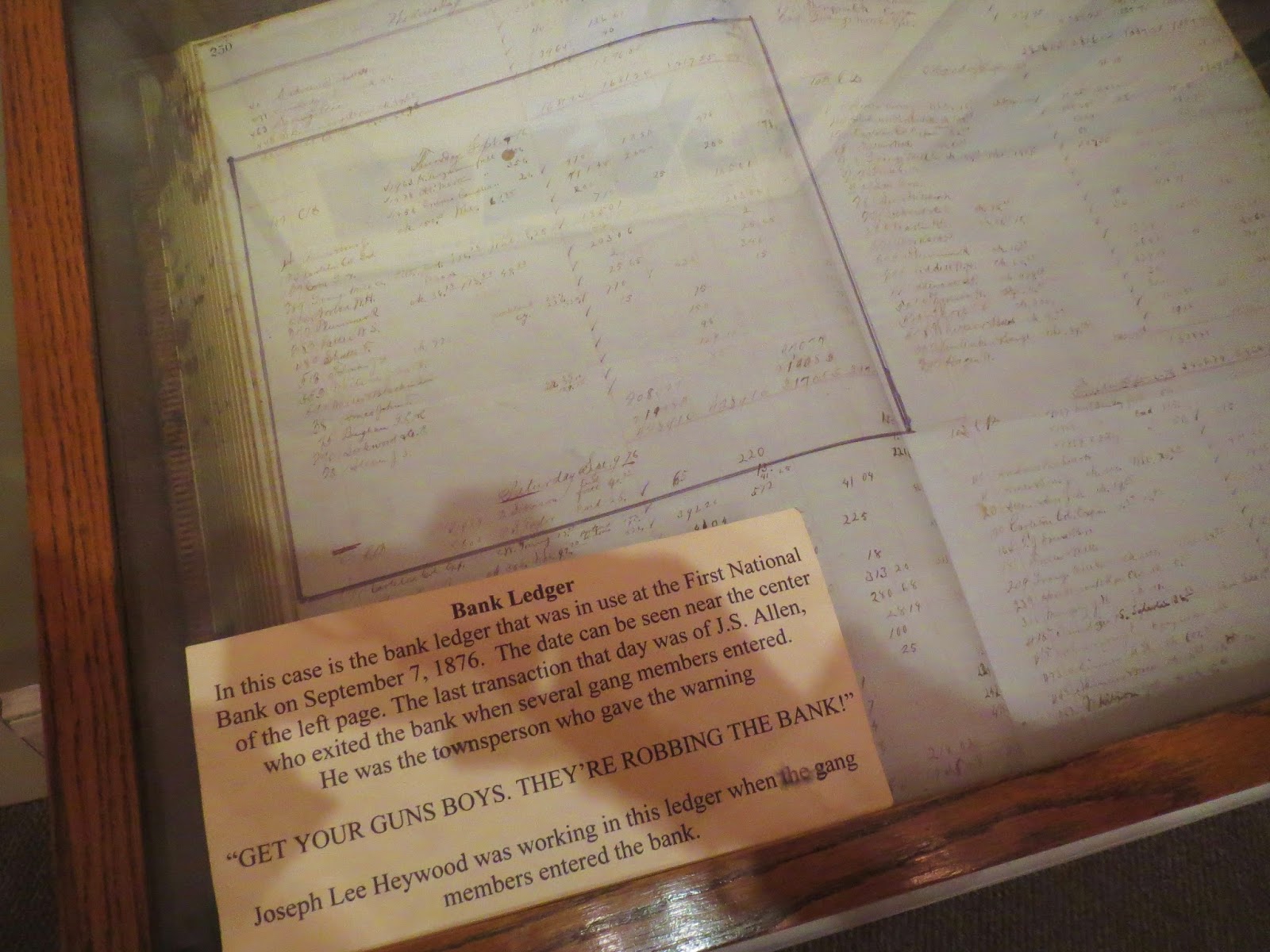 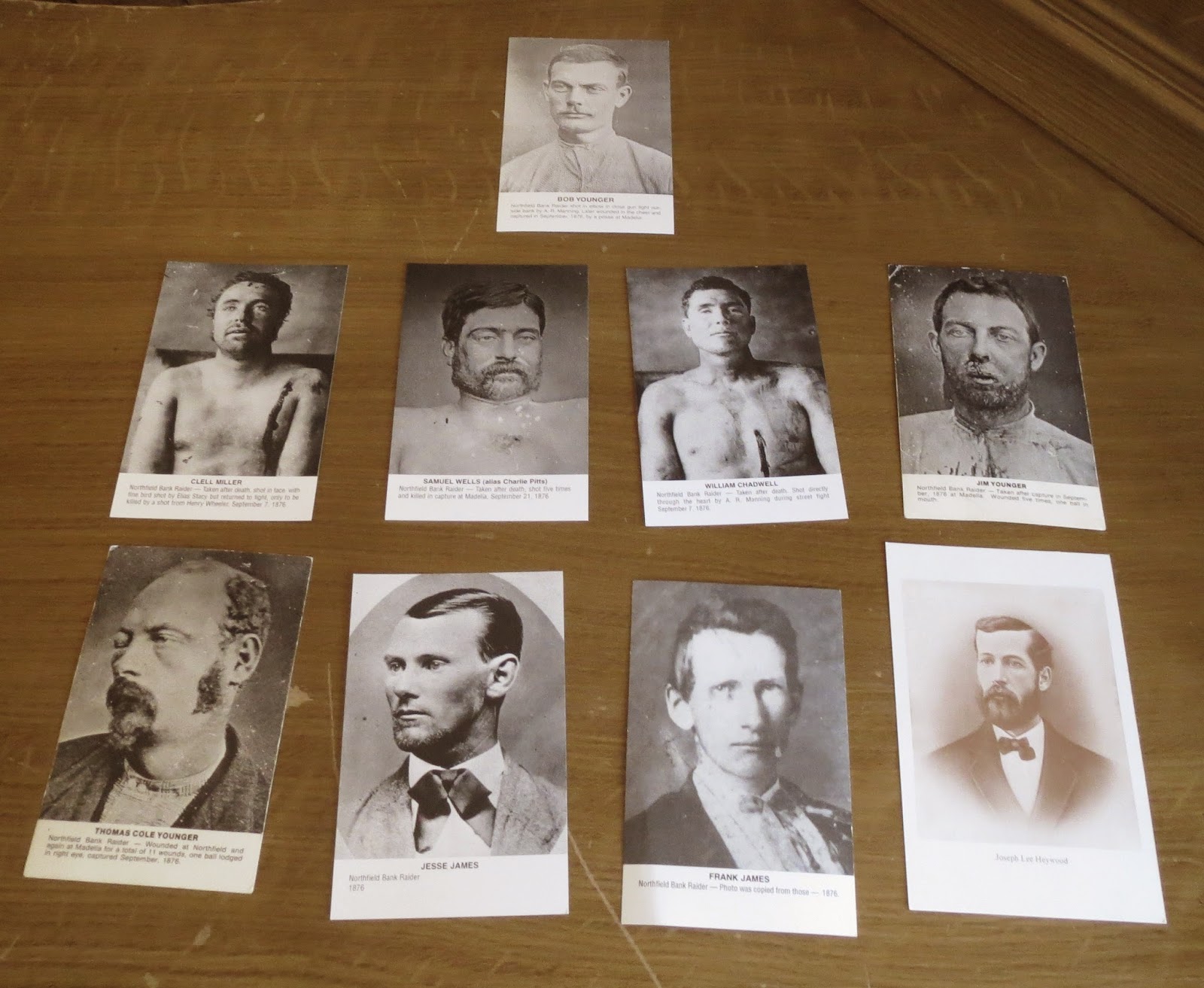 As the men tried to leave the bank and ride out of town, they were shot down by citizens of Northfield. Some were only wounded, but several robbers died and were photographed post mortem, their fatal wounds publicly displayed. 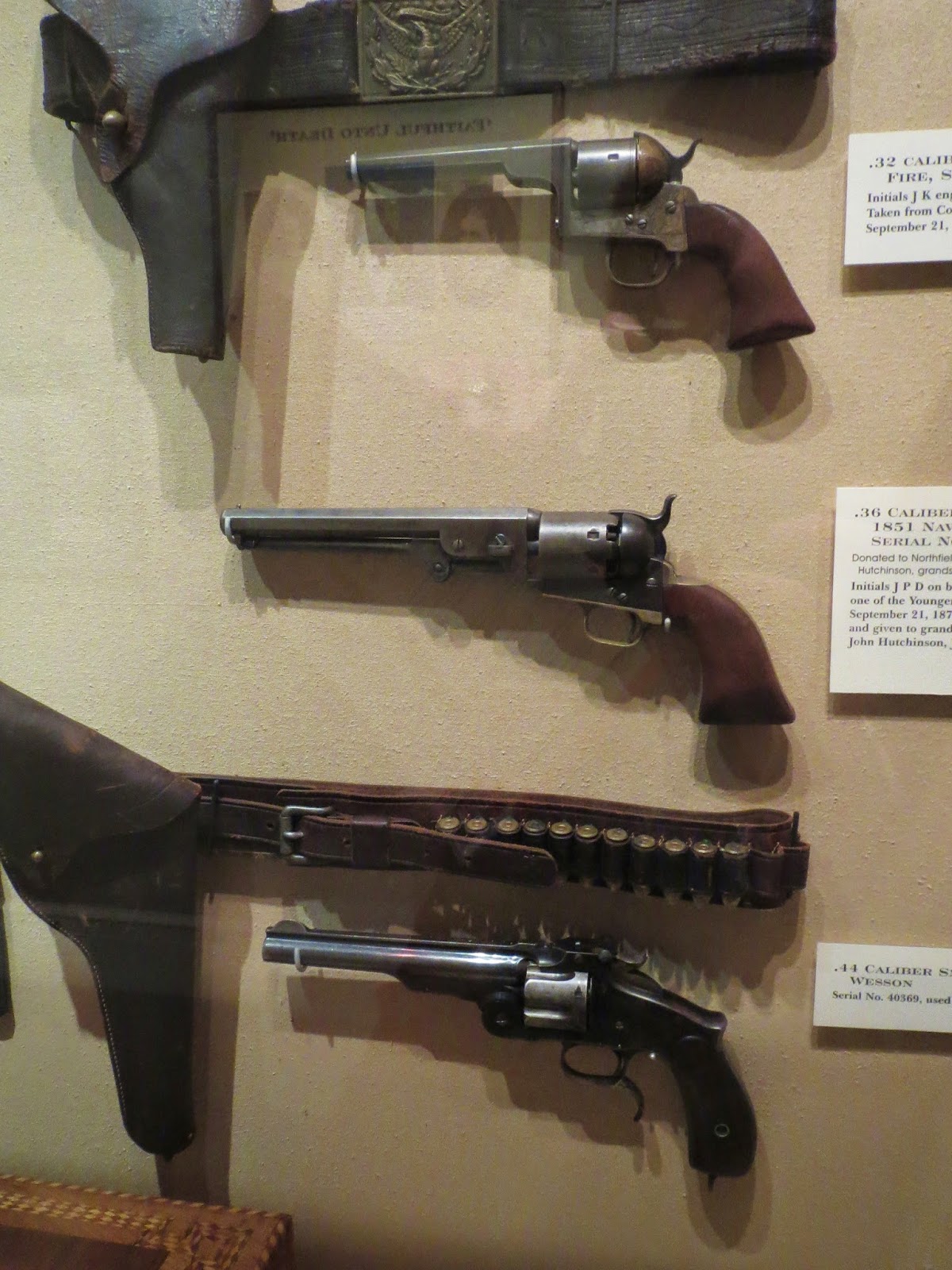 Weapons of the dead robbers are displayed in the museum. 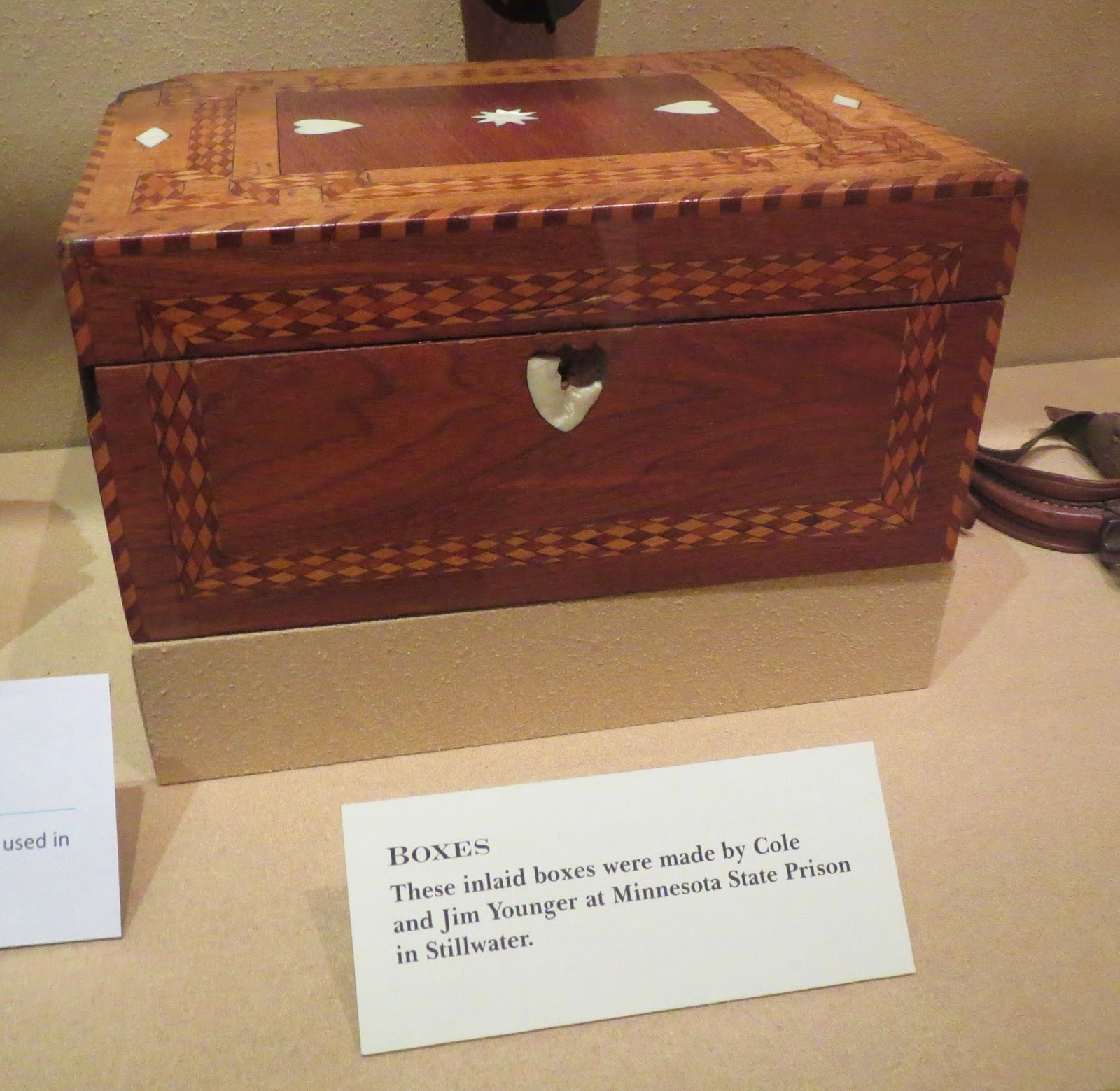 Two of the wounded men were incarcerated in Stillwater Prison.  While they were there, they created boxes in the prison woodworking shop.
Thanks for reading my blog.  I enjoy reading your comments and will visit your blog in return.