A Walk on the Indian River

My mom lives on the Indian River, a 121-mile long saltwater lagoon which separates the barrier island from the mainland on the coast of Florida and forms part of the Atlantic Intercoastal Waterway. When we visited her last week we spent some time walking on this beautiful river. 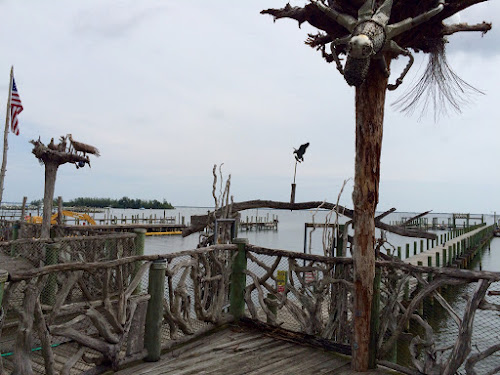 This is a little part of Florida with no hi-rise condos, just parks and private homes and plenty of nature. 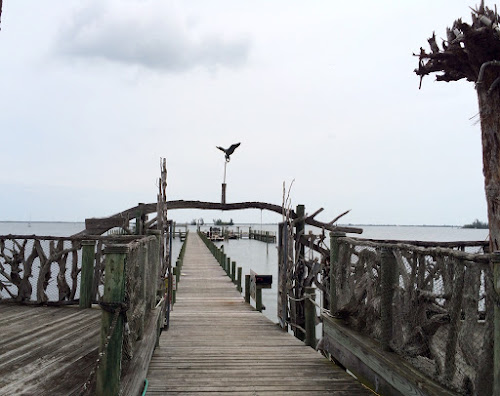 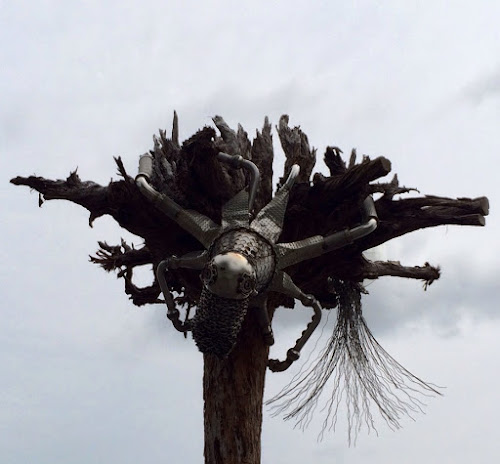 A bug sculpture created from metal debris and driftwood. 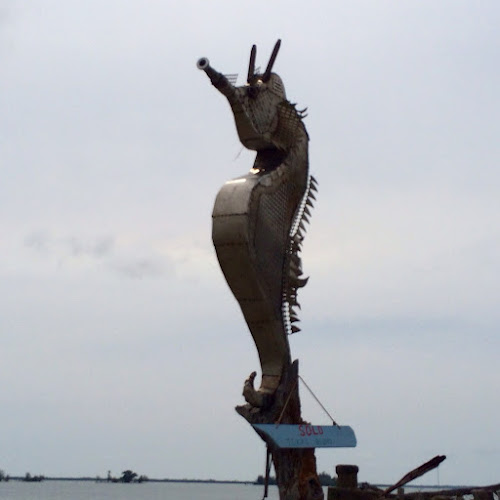 Metal seahorse sculpture on the river 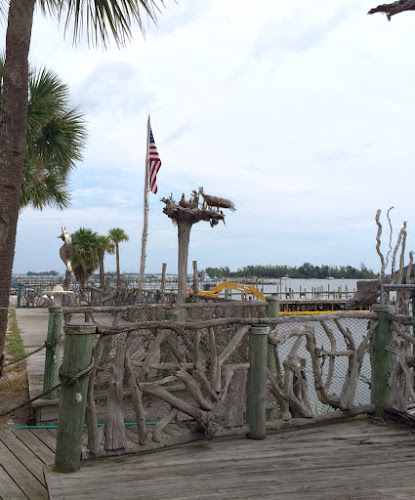 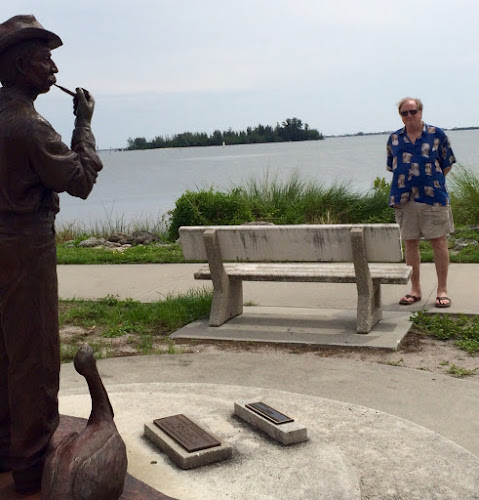 Pelican Island in the background

In 1903, President Theodore Roosevelt designated the island as the first National Wildlife Refuge to protect brown pelicans and other native birds nesting on the island.

On this small 5-acre mangrove island 5000 brown pelicans nested, and egrets and as many as 60 roseate spoonbills were killed by poachers every day.

Their feathers, harvested to adorn women's hats, were by weight worth twice as much as gold. 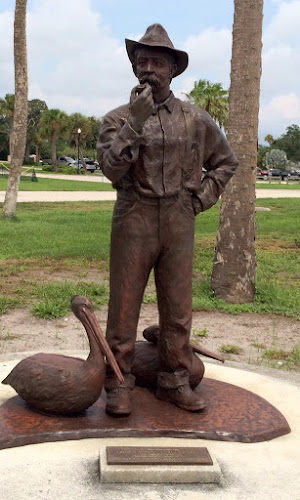 Because of the tireless protection of this simple guy, Paul Kroeger, a refuge was created and the slaughter of the birds was stopped. Kroeger, a German immigrant, arrived in Florida in 1881. He homesteaded on the river bluff looking out over the island and its flocks of birds.

The 1880s were a time when the area had no roads and the Indian River was the "highway". There were alligators, poisonous snakes, and hordes of mosquitoes. It was a frontier where living was hard and dangerous.

Kroeger saw poachers slaughtering the birds and became their protector, for years sailing out to the island when he saw boats approaching and standing guard with his gun.

After the creation of the refuge, the Florida Audubon Society paid Kroeger $1 a month to continue his work as Congress had only given the island the designation of refuge but provided no funds for its protection.

In the 1960s developers tried to buy the actual river around Pelican Island to fill it in and build on it. They were nearly successful. A group of citizens saved it by purchasing it instead and leasing it to the refuge.

In recent years the Jungle Trail was created, an historic and scenic public road that provides a buffer between upland developments and the refuge waters and is now a designated Florida Greenway and listed on the National Register of Historic Places.

Today, the Pelican Island Wildlife Refuge has over 4,359 acres of mangrove islands, bottomlands, and uplands with viewing areas, hiking trails, and a boardwalk that leads back through history. 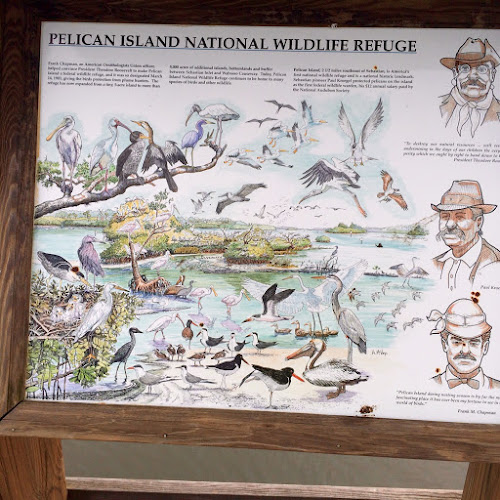 These are some of the birds that nest on Pelican Island today.

Posted with Blogsy
Posted by Cynthia at 9:05 AM