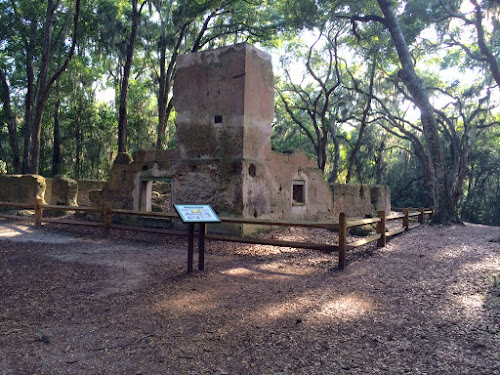 Ghosts of its former owners are said to haunt the tabby ruins of the Stoney-Baynard Plantation on Hilton Head Island, South Carolina. Parts of the plantation house and slave quarters stand in the deep shade amidst huge oaks draped with hanging moss that add to the eerie atmosphere, even in the light of day. 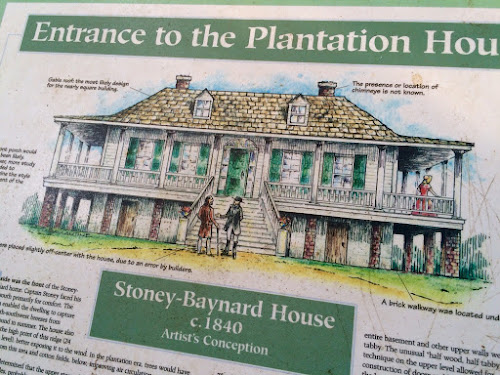 The house was built by Captain Jack Stoney in the 1790s. He and his wife arrived in South Carolina from Ireland in 1774 in Stoney's own merchant ship, the "Saucy Jack." He participated in the American Revolutionary War as a privateer, acquired a sizable fortune in the process, and purchased the 1,000-acre Braddock Point plantation in 1776.

With the help of slave laborers, Stoney began construction on the plantation overlooking Calibogue (pronounced cal-ah-bogie) Sound in 1793.

Captain Stoney was killed in a hunting accident on the island in 1821. His son inherited the plantation and then, legend has it, lost it in a poker game to William Baynard in 1840. It's a good story but more likely he bought it from a Charleston bank. Baynard and his wife raised four children there. 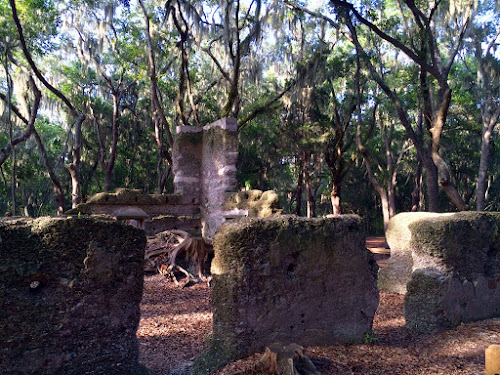 The 1850 South Carolina Agriculture Census shows that the plantation produced 36 bales of cotton (a bale of long staple cotton weighed between 300 and 400 pounds), 1,000 bushels of corn, 500 bushels of peas, 1,000 bushels of sweet potatoes, and 350 pounds of butter. 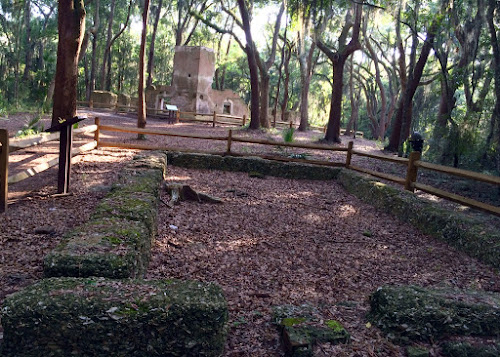 This tabby foundation is what is left of the foundation of slave quarters. Called "double pen quarters," it housed two families of domestic slaves, who worked in the plantation house and kitchen, in 336 square feet.

The family owned 129 slaves but less than 20 would have been "house slaves". The slave quarters were over-crowded, hot and damp. 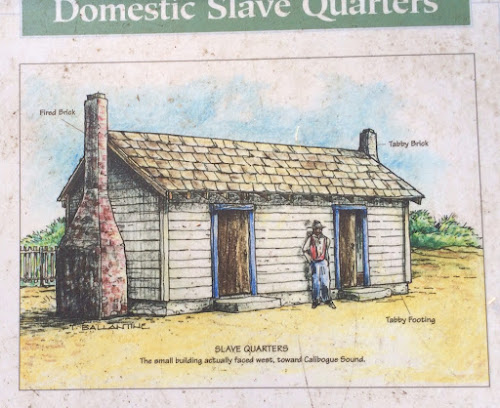 Union forces invaded Hilton Head Island in 1861 and the Baynards fled. The residence was raided and served as Union headquarters during the Civil War before being burned. The tabby foundations of the slave quarters became foundations for the platforms of the soldiers' tents.

Over the years, visitors claim to have seen the ghost of William Baynard and even his entire funeral procession wandering the site after dark. I won't be hanging around to find out. The mosquitoes were bad enough in the middle of the day!

Posted with Blogsy
Posted by Cynthia at 12:52 PM