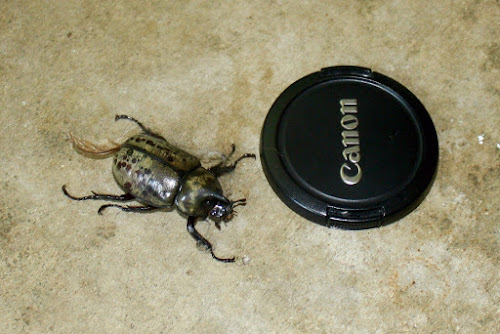 The Eastern Hercules Beetle is the largest beetle in the United States. This one turned up on the porch this afternoon and believe me, he's BIG!

The lens cap is about 2 1/2 inches across so he's pretty much average as far as Hercules beetles go. 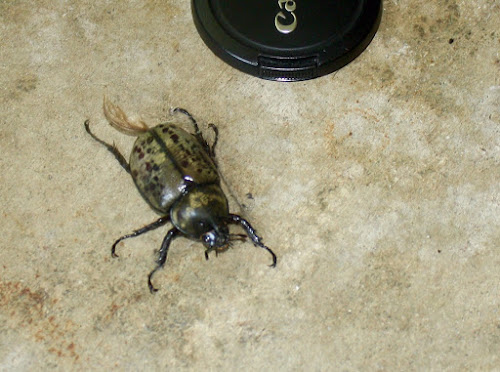 I know he's a male because only males have the horns on the side of their heads. 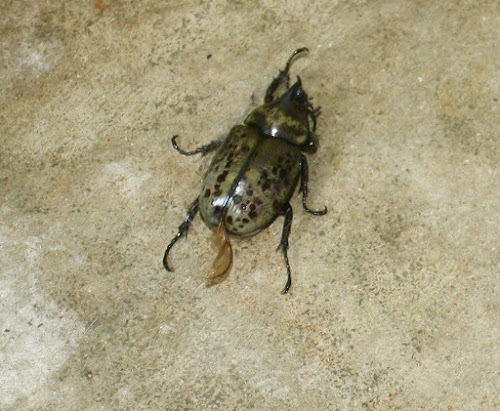 I think that's his wings dragging behind him.

Hercules beetles live an ordinary insect life and when they change into the pupa stage they make a case for themselves out of bits of wood and debris stuck together with their saliva. They emerge in the spring and live about 3 months over the summer.

We were careful not to rile this guy up because they release a foul-smelling odor to discourage poking and prodding and, one would assume, being eaten by owls, crows, and woodpeckers and mammals looking for a crunchy treat. In spite of that less than friendly habit, they apparently make interesting pets and are available in pet stores for purchase.

Thank goodness my kids never wanted to spend their allowance on one of those!

Posted with Blogsy
Posted by Cynthia at 12:00 PM