On our way home from visiting my mom, we took the "scenic route," Highway A1A which travels along the narrow barrier islands off the coast of Florida, and stopped for lunch in Port Canaveral. 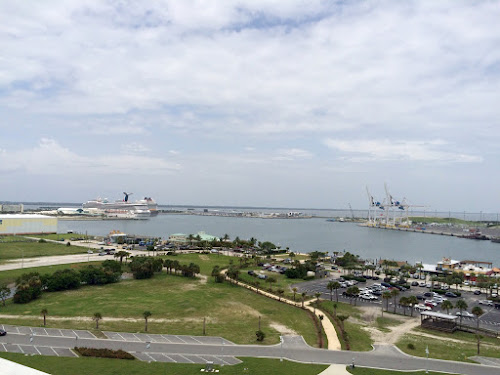 Port Canaveral is a cruise, cargo, and naval port on the Banana River in Brevard County, Florida, one of the busiest cruise ports in the world. The cruise ships are docked to the far left of the photo and the whale tale on the horizon is part of a Disney cruise ship. 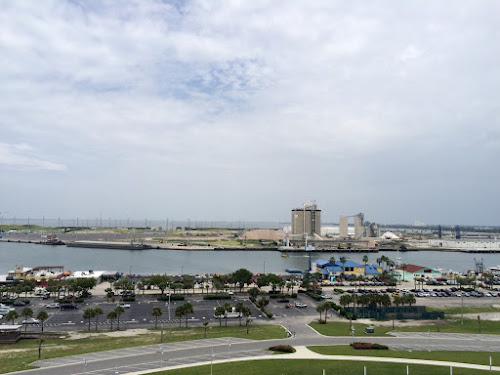 As a deep water cargo port, it's a busy place. Four million tons of cargo a year move through including cement, petroleum, and aggregate.

The port opened in 1953 for commercial fishing. Cargo vessels arrived within a few years with oil and newsprint, and tanker vessels began carrying central Florida's orange juice to New York in 1958. 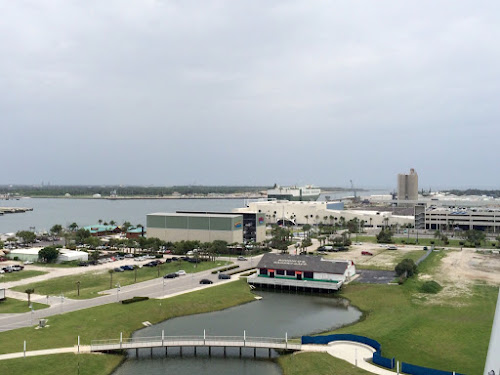 The port is located on the Banana River and on the far right horizon you can see the Atlantic Ocean. To enter and leave, ships travel through a lock connecting the river and the sea. 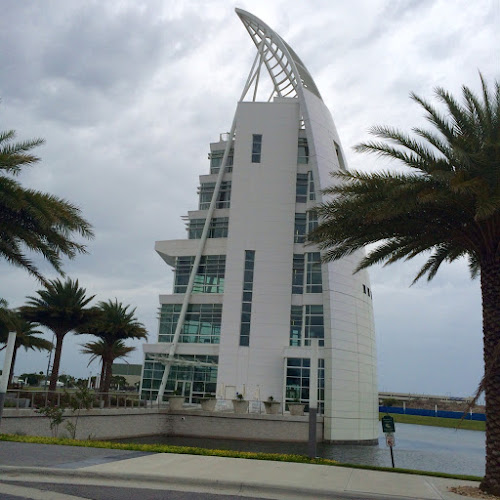 The photos were taken from here, the Exploration Tower, the 7th floor open deck at the top. I appreciated the elevator, even though there was a charge for it. That would have been a lot of stairs to climb!

This would be a fantastic place to watch a space launch from nearby Cape Canaveral. 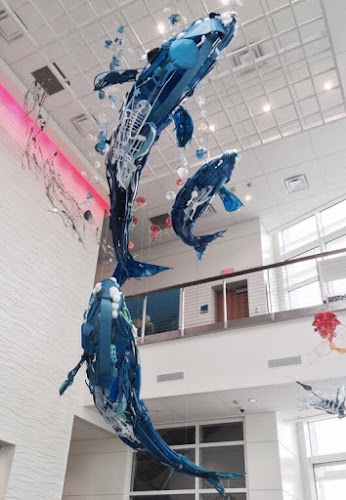 Inside are exhibits of various marine topics, Florida historical figures, the history of the space center, and marine art. 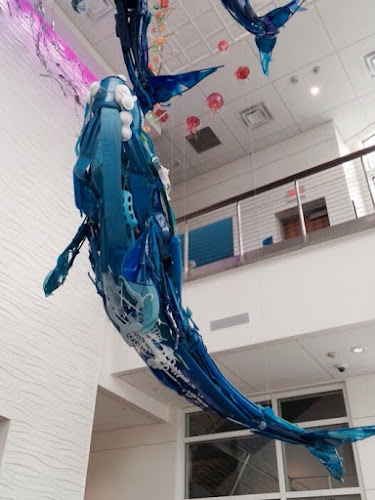 We ate lunch at a restaurant on the water (steamed shrimp, grouper, and stuffed flounder) and were entertained by a musician playing the steel drums and manatees rolling in the surf.

Posted with Blogsy
Posted by Cynthia at 8:17 AM