We live in the Low Country area of South Carolina where rice once thrived, a crop that was a perfect fit for South Carolina's geography and weather. The first rice seeds were brought here on a ship from Madagascar in 1685, a variety that came to be called Carolina Gold Rice. 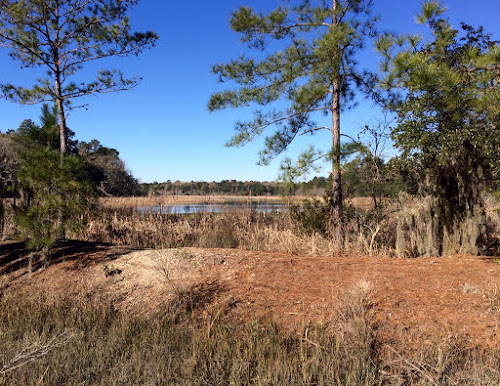 This old rice field is about a mile and a half down the road from our house, and in the foreground you can see the embankment or dike that held the water. 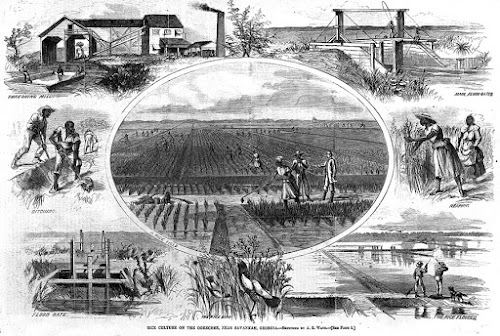 Slaves from the west coast of Africa were brought here for their expertise and methods of growing rice that made the Low Country plantation owners some of the richest men in the American colonies.

From the slaves, plantation owners learned how to dig, dike, and flood a rice field. 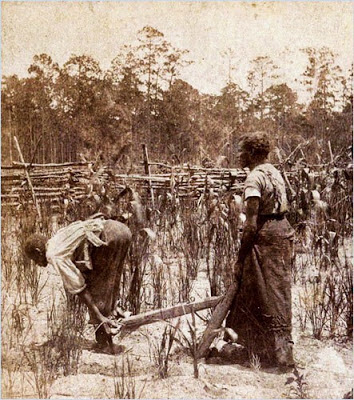 The rice fields were built out of marshes by slaves. They built dikes to control the water and canals to transport the crop.

Men, women, and children spent most of the year knee deep in mud and swamp water. Already weakened by the long journey over here, slaves succumbed to tropical diseases, smallpox, pneumonia, heat exhaustion, and malaria. They dealt with alligators, snakes, and malaria carrying mosquitoes.

Altogether they cleared 77,000 acres and built 780 miles of canals, and by the start of the Civil War, they were producing 160 million lbs of rice a year.

(The above two photos are from a collection at the Library of Congress.)

The rice seed was planted in April in rows in a dry field, then the rice fields were flooded by raising a system of wooden gates that let the water flow in. 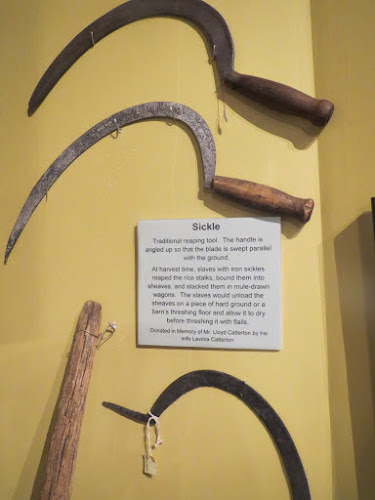 In September it was harvested using hand tools like these sickles and then bundled into sheaves. 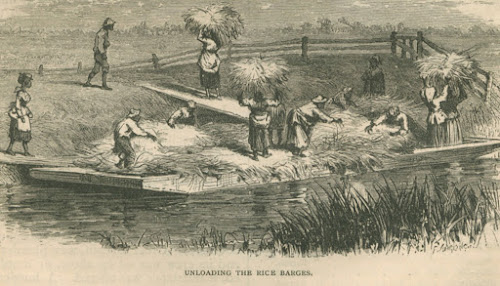 Finally it was dried then threshed by beating the stalks against the ground with wood and iron flails. 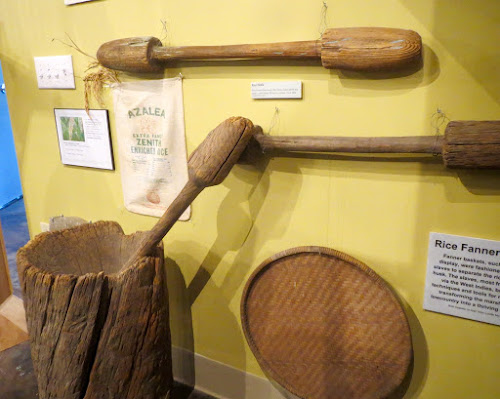 The dried rice was pounded using a wooden mortar and pestle (lower left) to loosen the hulls. The hulls were blown away by slaves using fanning baskets (lower right) woven from sweetgrass, leaving clean rice for the farmer to sell.

Packed in barrels, the rice was taken by water to markets in Charleston and Georgetown.

With the advent of the Civil War, plantation owners lost the slave labor necessary to make rice profitable. After 200 years, last field of Carolina Gold Rice was grown in 1927 and the heirloom seed was pretty much lost for the next 60 years.

In the 1980s a Savannah eye surgeon hunted down some of the old seed from a seed bank and brought the rice back into cultivation to lure wild ducks to his plantation not far from where I live. Today 149 acres of the heirloom rice is grown and you can buy a 2lb bag for about $18 plus postage. Yikes! 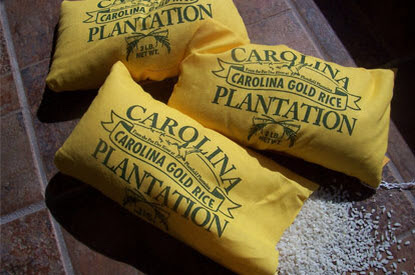 I haven't tasted it but Anson Mills, who sells it, says:

I'll let you know when we find some and try it.

Posted with Blogsy
Posted by Cynthia at 11:41 AM