American Beach is located on Amelia Island off the Atlantic coast of Florida and Georgia. It's a lovely, idyllic place where horses and camping are still allowed on the beach, the surf drowns out conversation, and the only other sounds are the gulls screeching from the air. 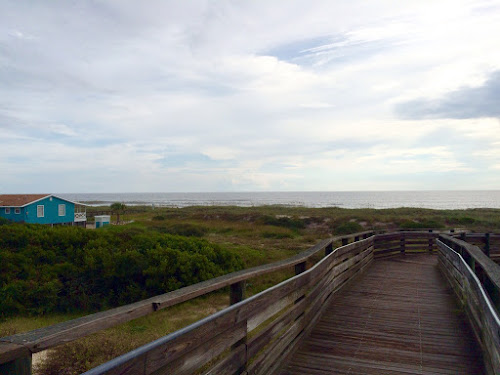 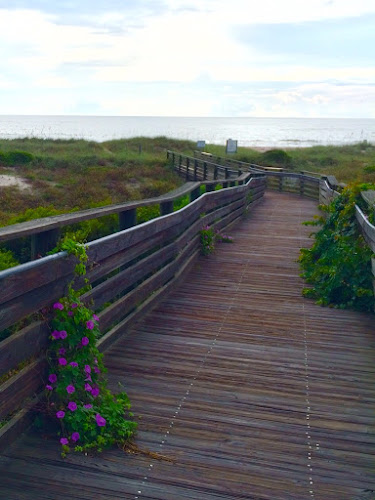 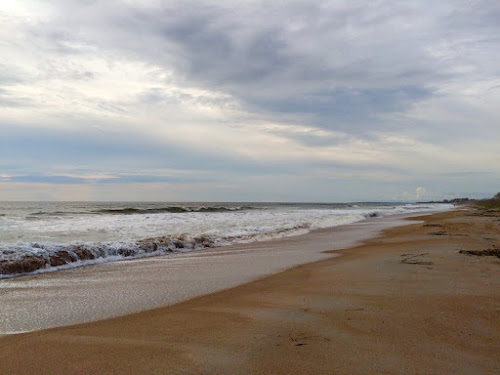 In years gone by, this beach was a bustling and busy holiday place, one of the few beaches on the East Coast open for African Americans to enjoy the sun and the sea. 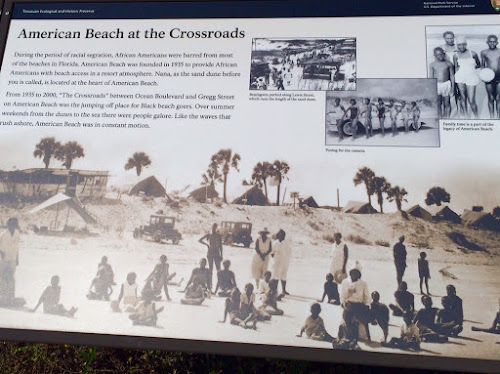 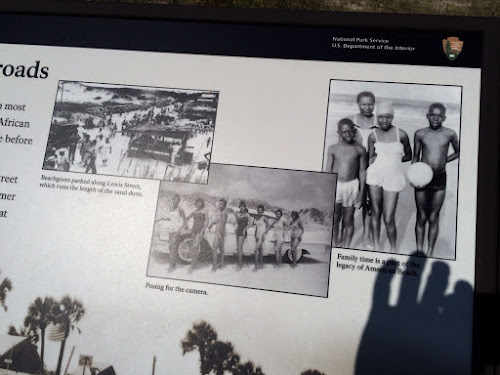 When desegregation finally took place in the 1960s and modern development threatened American Beach, a champion arose in an unlikely person: MaVynnee Betsch. 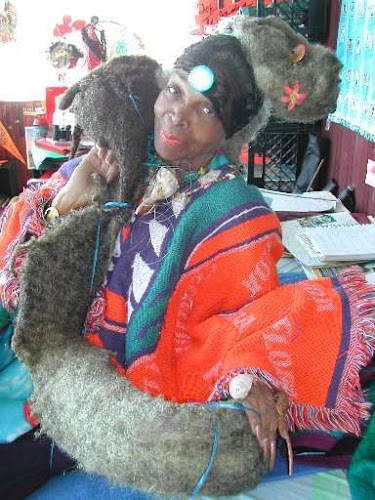 Ms. Betsch was an internationally known Black opera singer who came to be called "the beach lady" when she gave up her career and returned home to save the community and her beloved beach.

She was so dedicated to the water, the flora and the fauna that she lived the rest of her life mostly outside, on the beach she loved.

The Beach Lady wore her hair in a 6-foot long dread lock, and kept her fingernails on one hand up to 16 inches long! She protected them by wearing a plastic bag over her hand. 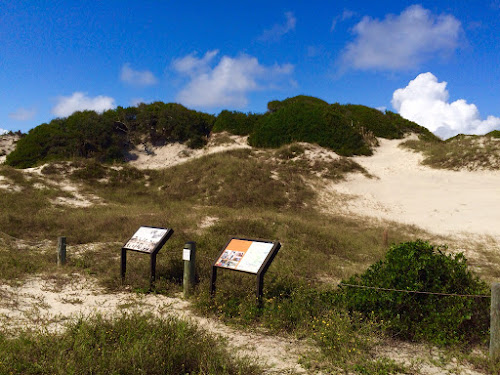 She named the highest dune in Florida NaNa and eventually a 10-acre area was preserved as a national park.

Today some of the old resorts and beach homes on American Beach are still owned by the same Black families but, of course, people of all races are welcome there now.

I've never seen so many rules posted on a beach before as the giant board in the parking lot for American Beach. 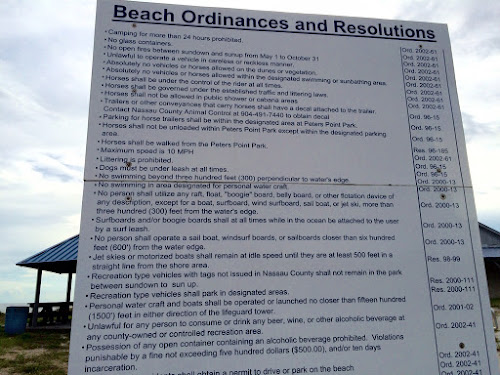 "Horses shall not be allowed in public showers or cabana areas."

Posted with Blogsy
Posted by Cynthia at 11:58 AM