The Town of Fernandina Beach

Fernandina Beach is on Amelia Island on the northern border of Florida. The whole island is only 13 miles long and mostly 2 miles wide so Fernandina is pretty much Amelia Island. 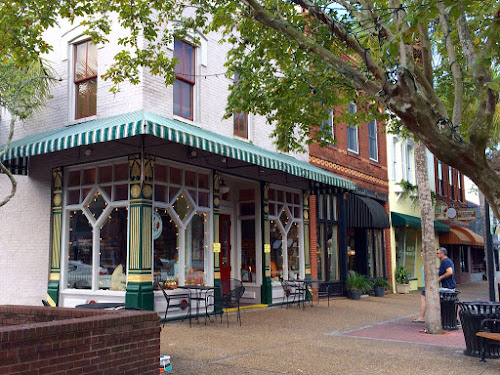 The historic downtown has lovely old homes and businesses, with its streets ending in the Atlantic Ocean.

After its first inhabitants, the Timucuan Indians, it became known as the Isle of 8 Flags, with eight nations' flags flying over it since 1562: France, Spain (twice), Great Britain, the Patriots of Amelia Island, the Green Cross of Florida, Mexico, the Confederate States of America, and the United States. It is the only town in the U.S. that has flown eight different flags. 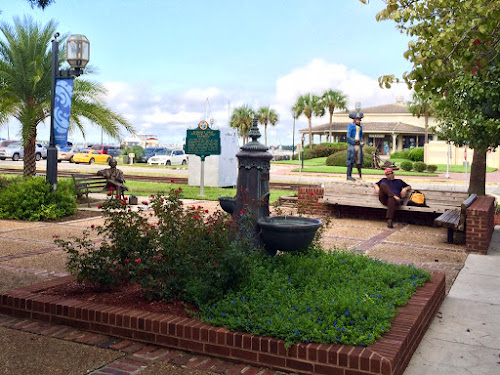 Two of those flags were pirate flags, a theme that seems to be still going.

The most famous pirate was Luis Aury who landed with three ships and proclaimed himself ruler of the island. It became a pirate haven and the location of much buried treasure.

And it took the U.S. Navy to finally roust him out. 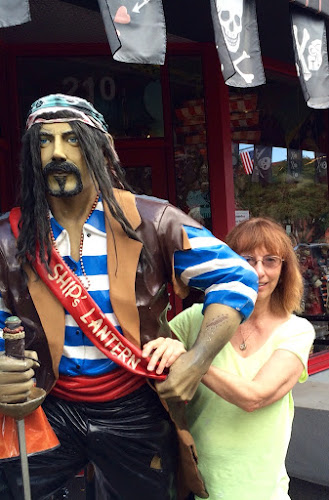 Shiver me timbers! I'm not sure the U.S. Navy knows about it, but plenty of pirates are still around and about. 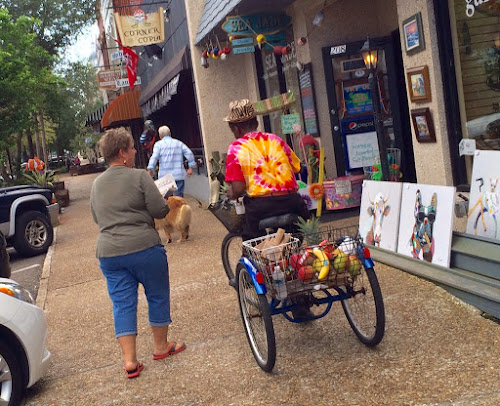 We bought apples for lunch from Freddy, who makes his way along the Main Street peddling fruit early in the morning. 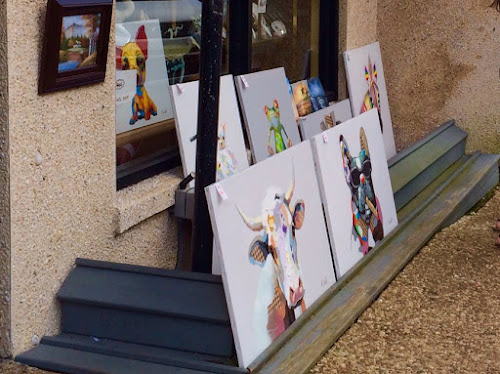 We did some window shopping. Lots of interesting art. 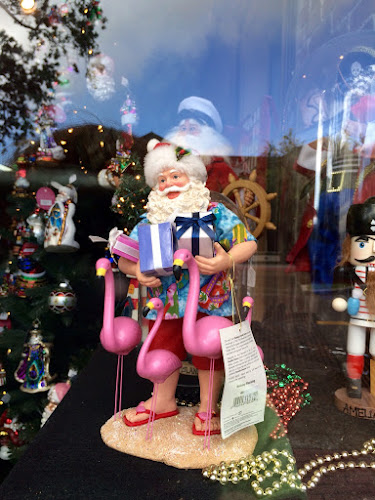 I kind of wanted to bring this southern Santa home. Somehow flamingos instead of reindeer and flipflops and shorts instead of fur-lined coat and boots are very appealing for my first southern Christmas!

Thanks for all your kind comments about my accident.

Although I have to continue to have the tape sutures in place for a few more days, I was very happy to have the stitches over my eye removed this morning.

Posted with Blogsy
Posted by Cynthia at 2:34 PM