What Happened to September?

What is now being called the "1,000 year rain" (meaning it won't happen again for another 1,000 years we hope) follows the "hottest summer in history" in the Lowcountry of South Carolina. (I don't believe my arrival in the South has anything to do with all this record-breaking weather.)

In fact, we are faring quite nicely with only a new lagoon in the front yard, and that is completely navigable. The water has crept up the sides of the causeway but not over to block access to our island. So far.

So, things are a bit soggy but all is well chez nous.

The reason to travel to Florida was a very special one. When I was in college and my sister in high school, our family hosted a student from Brazil. We were lucky -- it was a great match. We became like sisters and Cris returned for another stay a few years later. Although we have all kept in touch over the years, we have never had an opportunity to get together ... until September. 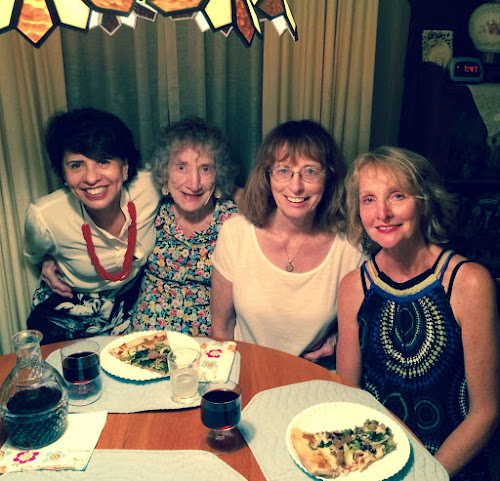 Maria Cristina was in the US for business and managed a side trip south to visit.

(Cris, my mom, me, my sister, Paul taking the photo. Only my dad is missing.) 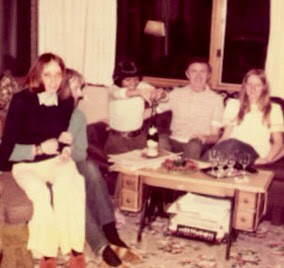 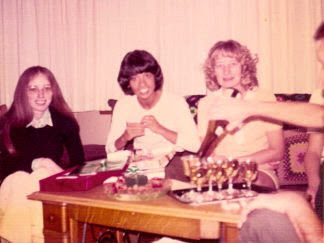 What a happy time it was!

Lots of reminiscing, laughs, tears, and catching up.

And we have all vowed that next time we are together, it will be in Rio de Janeiro!

PS. For most of September I was without wifi, so I'll soon be catching up on all your blogs that I missed last month.

I really missed my bloggy friends and all your doings!

Posted with Blogsy
Posted by Cynthia at 6:53 AM