During a lull in the " 1,000 year rain" Sunday we dashed out to walk the battery in Beautfort. The shrimp festival there was cancelled because of the weather so we pretty much had the waterfront to ourselves. 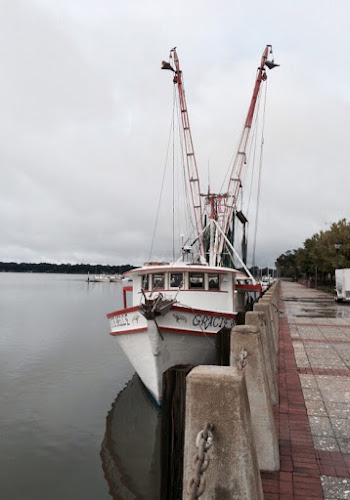 The Gracie Belle, a family shrimp boat, was moored along the sea wall and to the right you can see where the water came over it at high tide earlier in the morning.

That usually happens only in a hurricane. 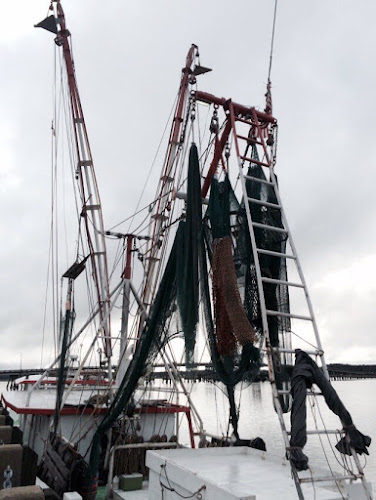 I had only seen shrimp boats from a distance so this was an exciting chance to see one close up. 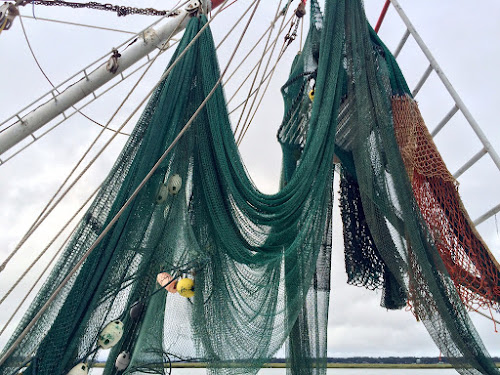 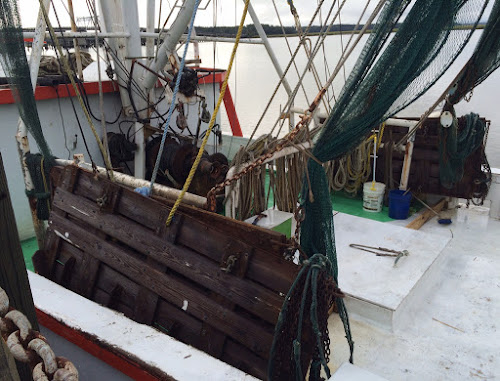 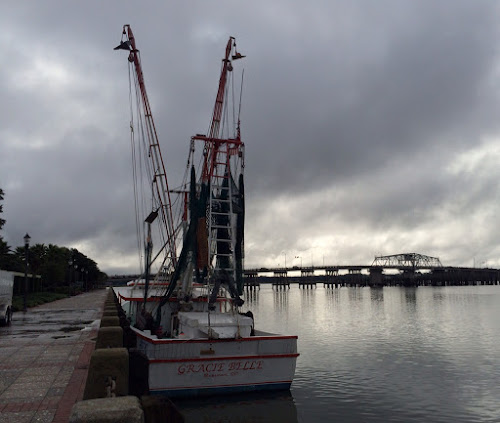 Beaufort Bridge -- and all we saw of the sun before the deluge began again.

Last night I got my second up close look at a shrimp boat, a much larger and newer commercial one. We were having fish and chips on the dock of an old oyster factory when the Reilly Morgan came in with the day's catch. 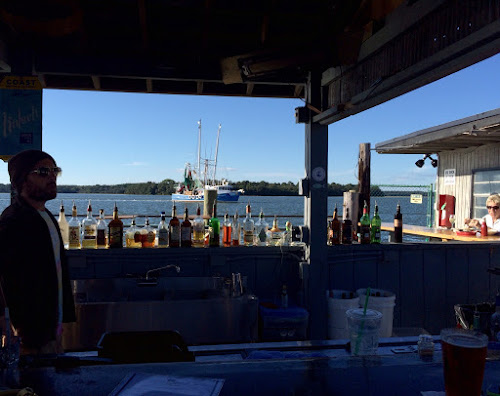 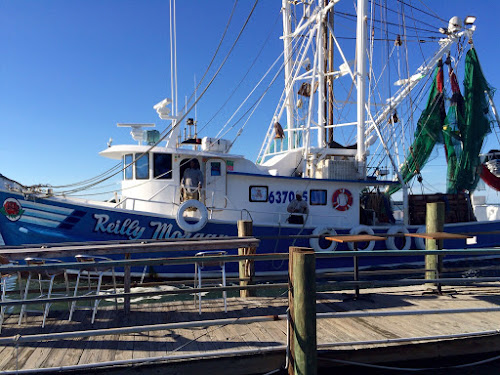 In 1912 an oyster factory was built on a bed of shells from the oysters being shucked. In 1920 a dining room was added and oysters were served up on the spot.

Today Hudson's fleet brings in a thousand pounds of shrimp a day and 70,000 lbs of shrimp and 250,000 raw oysters a year are served right there on the docks.

Posted with Blogsy
Posted by Cynthia at 9:50 AM