My daughter reported snowflakes this morning in Minnesota. Not surprising -- it is nearly November!

I have missed the flames of color, the golds and reds, the fireworks display of the northern fall. But there are subtle changes, little bursts of color, here in the South, that are beautiful in their own way. 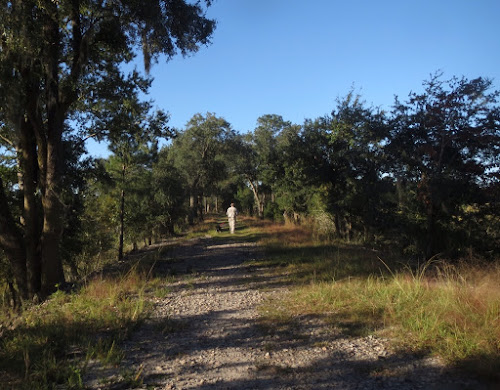 Near our house is a trail along an abandoned railroad bed for the old Savannah and Charleston Railway. Built in the mid 1800s, once it connected two of the most important seaports in the Southeast.

Created to transport rice, indigo, and cotton from plantations, it was quickly co-opted by Secession and then the Civil War to provide protection and supply Confederate troops with food and other supplies. 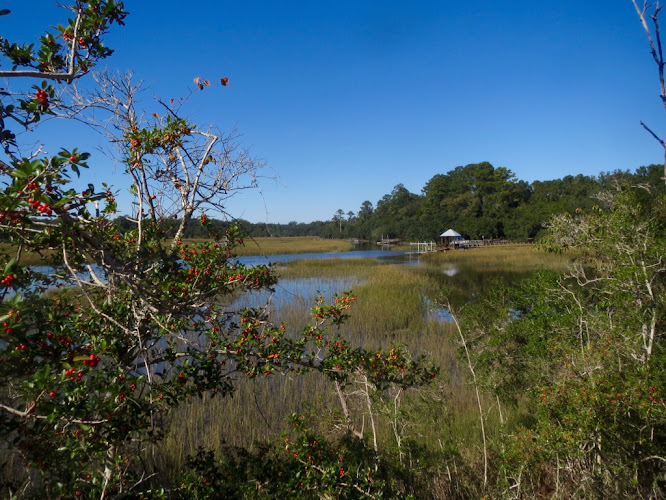 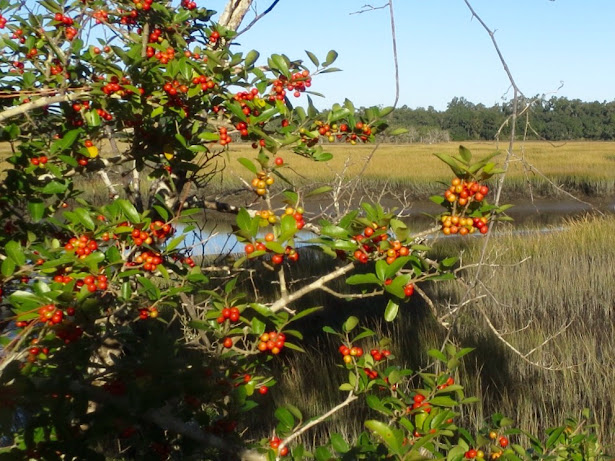 In December 1864, during his March to the Sea, Confederate General William T. Sherman sent Union forces ahead to cut the Confederate supply line. They were unsuccessful but sections of the railroad were severely damaged.

As I walk I can't help but think of those who built this railroad by hand, men and mules, standing in mud, water, mosquitoes, in the oppressive heat and humidity of South Carolina.

A hundred miles through unpopulated land and water.

Most of the men were slaves leased from their owners, the owners, of course, receiving the wages. Not all were men either. In the book "Railroads in the African-American Experience," I read the story of Rose.

Rose was a house slave leased out as a cook for the laborers. She was sent several hundred miles from her home to where the railroad was being built through the unpopulated South Carolina swamps. For miles and miles the workers had to stand in the water and build dikes and cypress pilings for the rails to run on. There was no solid ground. Rose found herself with only crude cooking utensils and just flour, lard, bacon, molasses to feed a crew of enslaved negroes and some Irish railroad workers.The only woman there, she was isolated, vulnerable, terrified, and miserable. 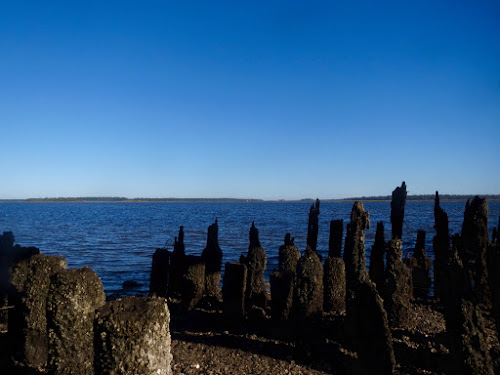 The original old cypress pilings driven in by hand still stand like sentinels, witnesses to another time in history. 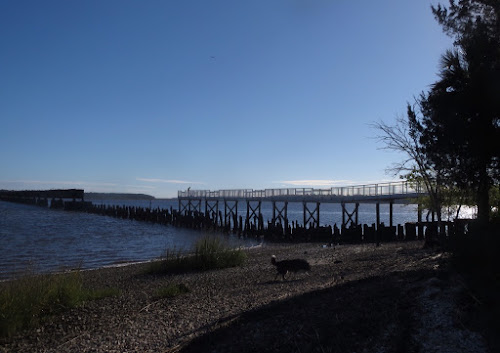 The pilings on our island stretch across the deep and wide waters of the Broad River, topped by the remains of a covered trestle and flanked by a new metal fishing pier.

We walk here in the mornings and sometimes in the evening sit on the pier to watch the moon rise.

Posted with Blogsy
Posted by Cynthia at 12:56 PM