We went from the snow, ice, and floods in the Midwest for Christmas to the beach for New Years Day. We visited a friend on Edisto Island, which would be a hop, skip, and a jump by boat but is an hour and a half of country roads by car. Edisto is a sea island off the coast of South Carolina, one of the least developed ones with many old modest beach homes, one grocery store, and a couple little cafes. A good chunk of it is state park lands. 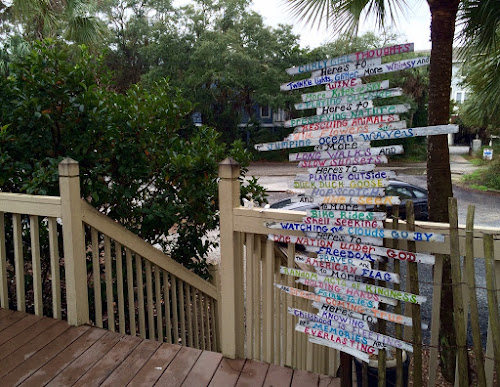 We had a very long lunch at the Sea Cow Cafe, catching up with our friend and eating clam chowder, shrimp, and flounder.

It rained all morning and all the time we were in the cafe chatting. 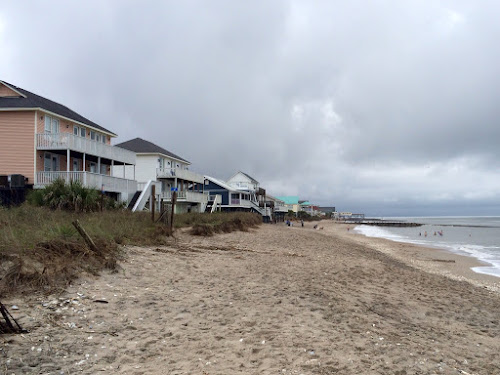 Then it cleared up enough for a nice beach walk just when the chairs began to get too hard.

Most of the houses on the island are built up on stilts. Nowadays dunes are strictly protected but there were no laws when these were built right on the water many years ago. You can see how close the surf is to the homes and without the protection of the dunes, erosion will eventually carry them away. 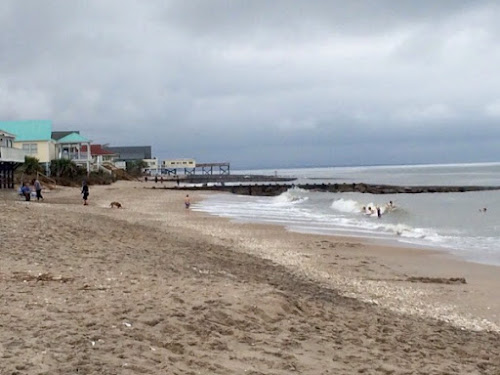 The temperature was only 61 degrees F but that didn't stop these hardy children from a New Year's swim. 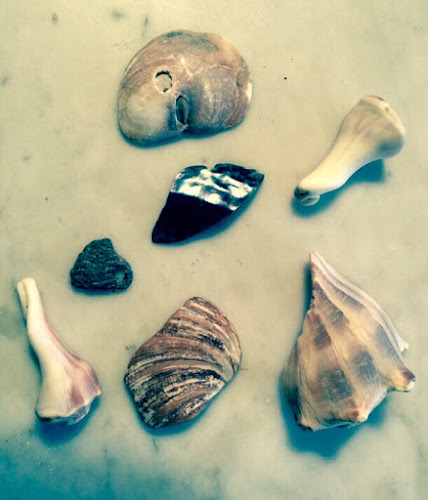 Unlike any of the other sea island beaches I've been on here, this beach had a lot of shells. The light area near the waves In the photo above is all shells waiting to be dug through for treasure.

I found a nice intact whelk and a pen shell and gave them to our friend.

I brought a few home for our deck collection. The iridescent one is part of a pen shell and others are whelks. The small dark one has a hole through it and the one at the top is an oyster shell polished smooth by the action of sand and water. 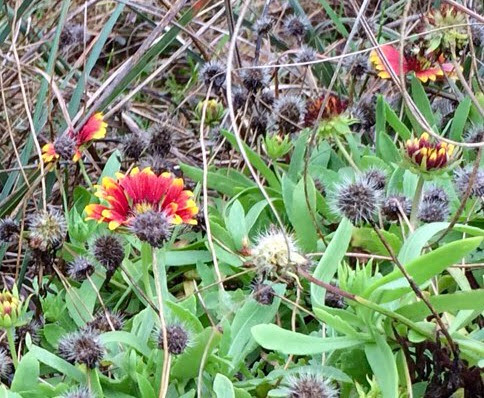 It's been such a warm winter, the Indian Blanket is still blooming on the dunes. 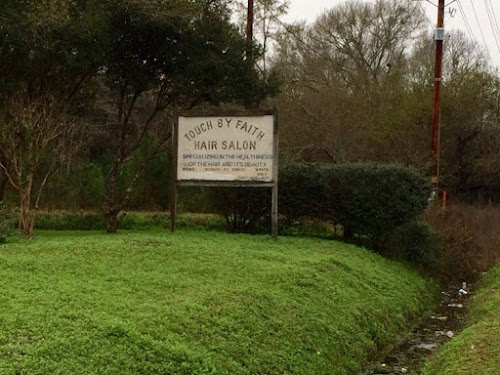 On the road to the island we noticed this sign:

Touch by Faith Hair Salon, Specializing in Healthness of the Hair and Its Beauty.

In the ditch you can see all the litter on the sides of the roads. In my new state there is much poverty and ignorance amidst the wealth and beauty.

Posted with Blogsy
Posted by Cynthia at 6:18 AM